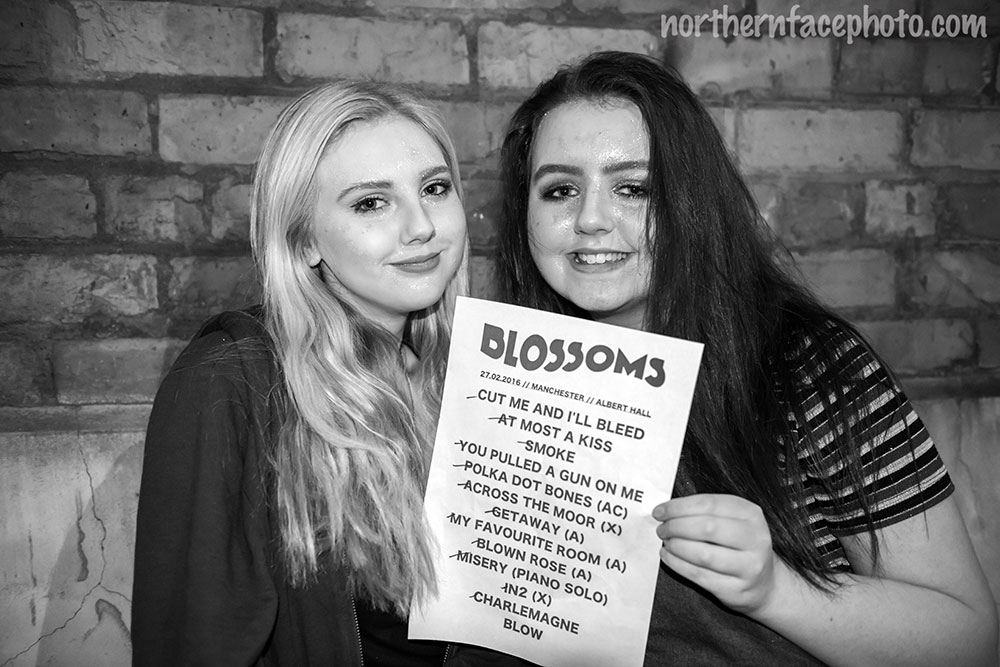 Blossoms Fans After The Gig – Photo© David Gleave at northerfacephoto.com

Blossoms returned to Manchester last night for a stunning performance at the city’s Albert Hall. Nigel Carr, (words), and David Gleave, (Photos), were there from Louder Than War and report back below.

Blossoms have had a short but amazing career so far, releasing a string of ultra high quality psych-pop singles before incorporating an almost Chic inspired dance oriented sound with Charlemagne and the current single At Most A Kiss. During the summer they signed to Virgin/EMI who have invested in the band’s live performances with a new stage set, incorporating sophisticated lighting and an enormous back-drop. The instrumentation has been ungraded too with Myles now surrounding himself Rick Wakeman style with multiple keyboards, further enhancing their already dense cocktail of sound. 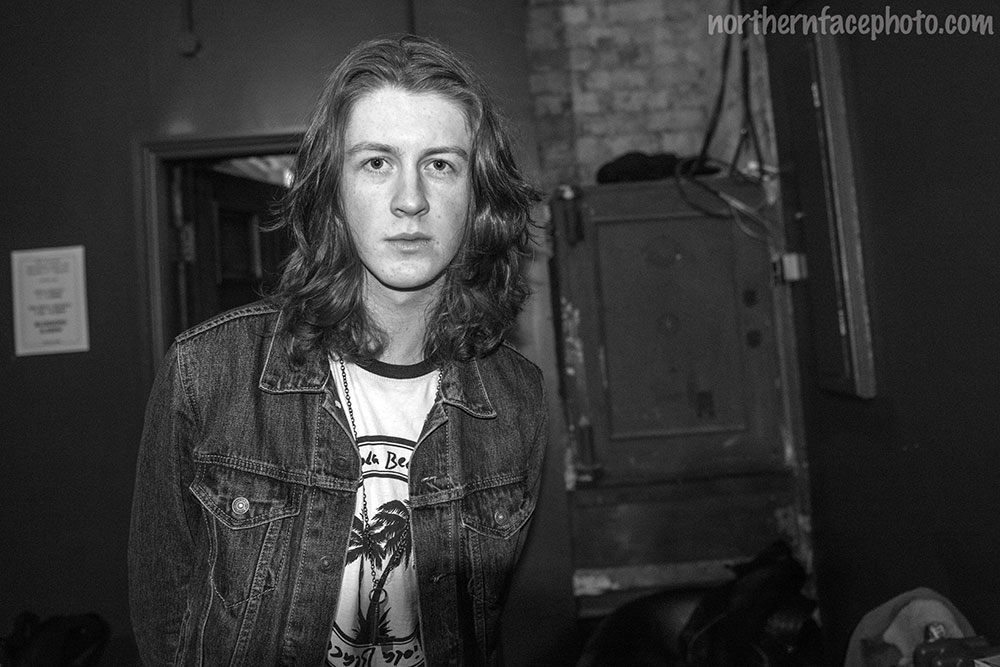 The band keep in constant contact with their fanbase through a series of live Facebook broadcasts, showing them on stage, signing singles or generally mucking about, where fans can message them directly. This has given them a real down to earth feeling of warmth and accessibility. This is not just another Manchester band plundering the familiar sounds of the city, the band is proud of its roots as is evidenced from Tom Ogden’s opening line tonight; ‘We’re Blossoms from Stockport’.

I first saw them a year ago at The Bungalow Club in Edgeley on the outskirts of their home town. It’s a small venue near the football ground with around 100 friends and middle aged locals in attendance. What a difference a year makes, from 100 to over 2500 at The Albert Hall! and still with the same almost ambivalent, laid back, relaxed attitude and rapport with the audience.

The set opens with a thumping glam beat, slowly building the tension while white lights and strobes flash and wash around the auditorium. They amble on stage to a huge roar from the excited crowd. Gone are the dads there for a cheap night out and a few pints, this is full on Beatles style hysteria with glitter faced teens and cool young lads making up the majority of the writhing crowd. And writhe it does, right throughout the set, in fact I’ve haven’t seen seen such harmony in so many people apart from maybe Florence at the Arena last year. 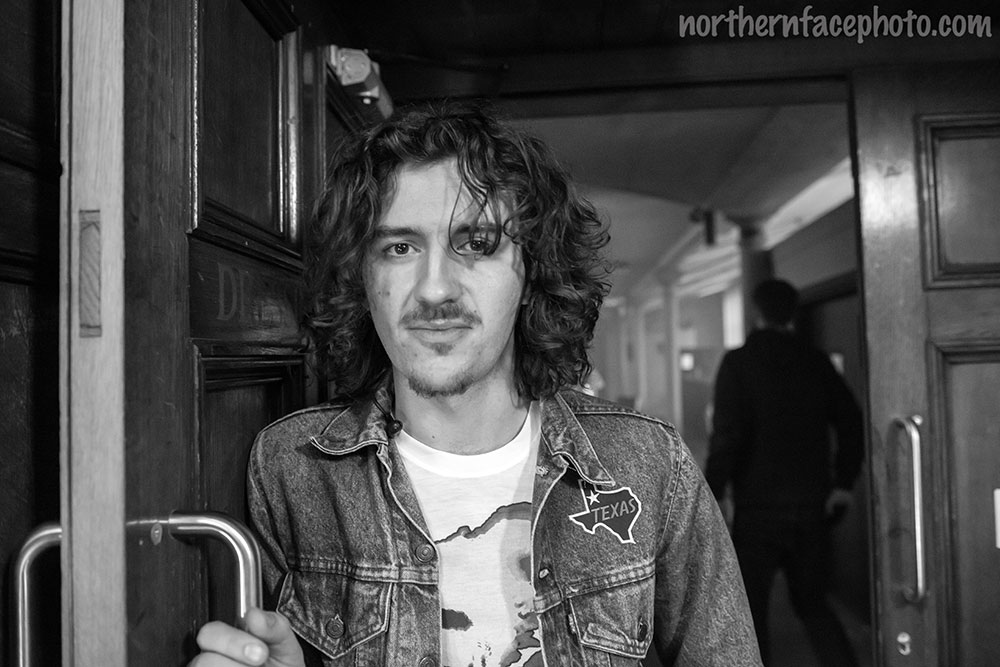 I’m sitting up left on the balcony and it’s just amazing to watch from above. Like a single multi-armed organism morphing in size and intensity to the beat. Sure there’s the odd irritating stage diver and a kid with a blue smoke bomb merrily choking everyone from the centre of the mosh pit but this is audience participation on a grand scale, a crowd at the peak of their mutual enjoyment, fuelled by the familiar banging tunes coming from the stage.

The band play a short but focused set which lasts for just over an hour but they hold this crowd absolutely captivated from the opening notes of Cut Me and I Bleed, which has become more extended and sounds much heavier and more progressive live, to the epic Blow.

The sound is heavily washed with phase and echo which is given space to breathe as it fills this huge domed auditorium. Polka Dot Bones sounds epic like it’s been lifted from the latest Bond film, with its swirling organ and thumping back beat and Blown Rose is a massive highlight, a full on crowd sing-along with Kinks style lyric and soaring chorus. 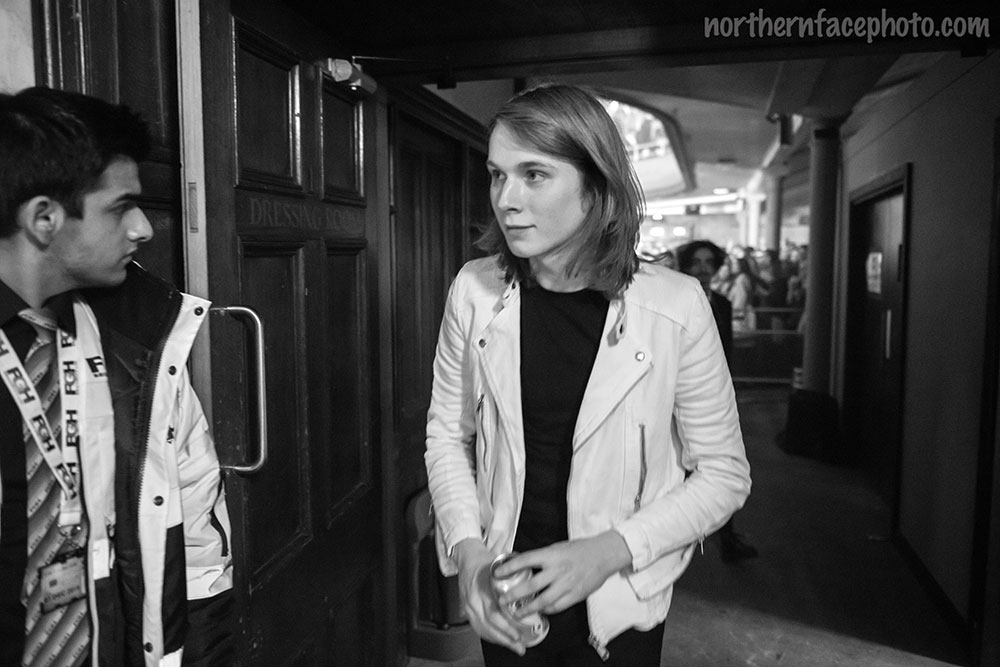 They add some clever between-song psych-freak outs too, building the tension before the next track kicks in. I saw this with the Districts at The Deaf Institute last summer and it’s a really cool way of avoiding any dead space, allowing the band to re-tune, swap instruments and generally fuck about between tracks without losing any momentum.

There is one interruption when everything stops for Tom to take centre stage in a John Lennon/Imagine style piano solo of Misery from the At Most a Kiss EP. He morphs the rather downbeat track into Oasis’ Half The World Away and Babybird’s Your Gorgeous which has the whole audience singing along after the music has stopped.

The mood is quickly revved up as they reconvene and up the tempo by firing straight in to the WSTRN cover In2, (which they debuted on BBC6’s live lounge at the end of January). The track perfectly showcases the versatility of the band, Tom isn’t afraid of playing the rapper on stage even when it’s slightly outside of the their normal cannon, but it totally captivates this young crowd. 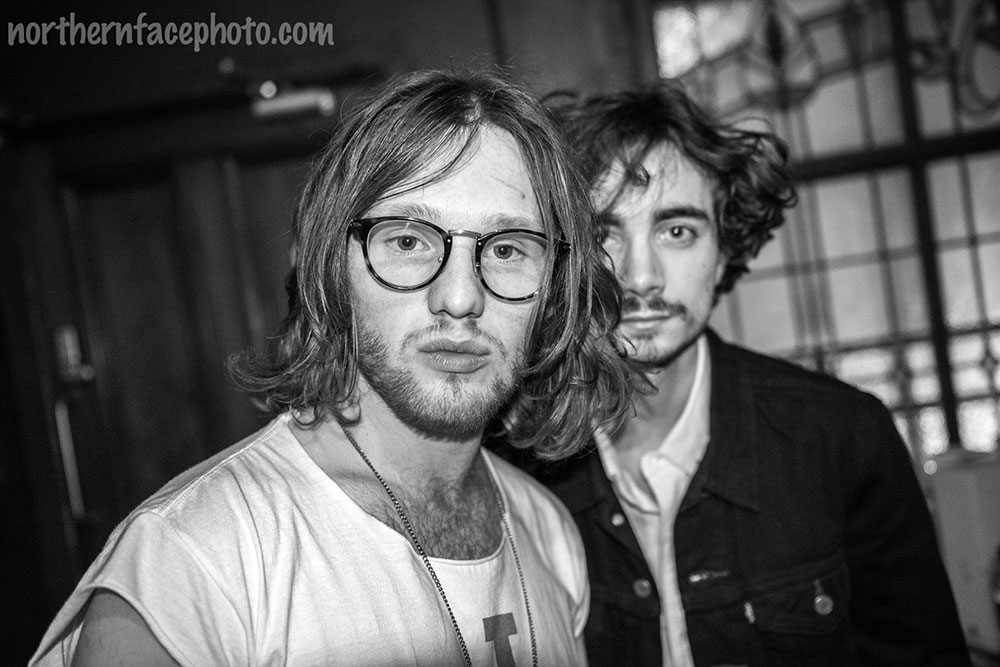 Blossoms precede Charlemagne with a heartfelt dedication to Viola Beach, their support band due to play this evening that was tragically killed in a car accident in Sweden. The gig tonight was preceded by a half hour recording of them playing live – it was a hugely emotional set and the crowd roared with appreciation afterwards.

The band close with Blow, by far the most widely recognisable song of the night with its hugely uplifting chorus and middle eight guitar riff, they extend the ending with a charging and thunderous bass soaked piece almost as an audience send off, a kind of ‘Blossoms theme’, perfectly bookending the performance.

This was a cracking night to be in Manchester – second on the bill were The Vryll Society from Liverpool who are also going places but you have to take your hat off to the Headliners. Under three years in to the start of a glittering career – knocking Adele off the album chart with their current EP and well on the way to being the unpretentious, lads next door, superstars they deserve to be.

Blossoms are half way through the UK leg of their Spring tour before heading off to Europe – they are also playing The Isle of Wight and Parklife festivals in June, T in the Park in July, Boardmasters and Reading and Leeds in August as well as other festivals! 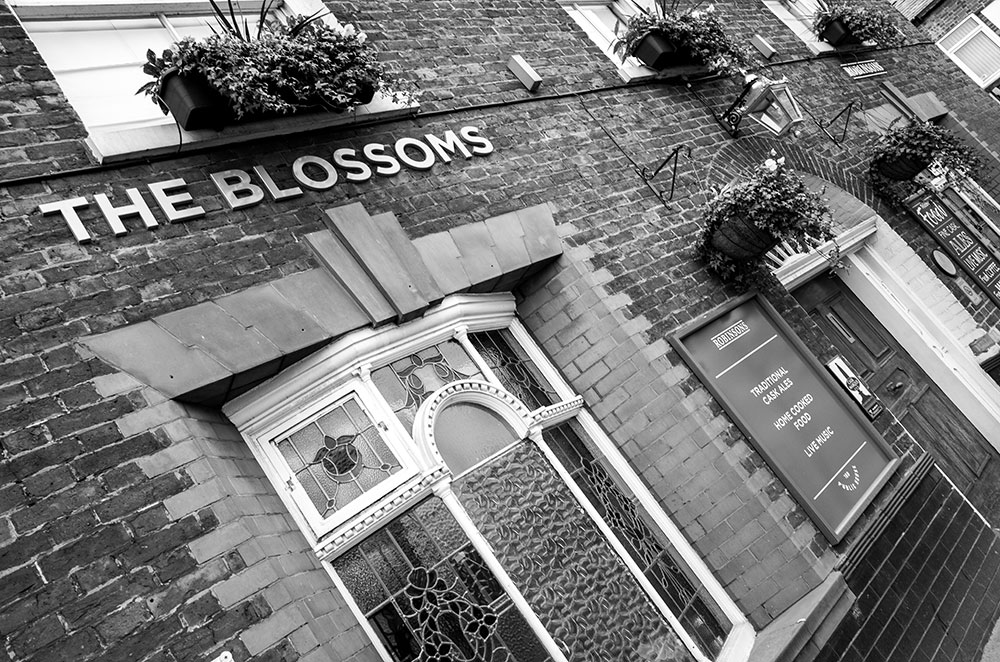