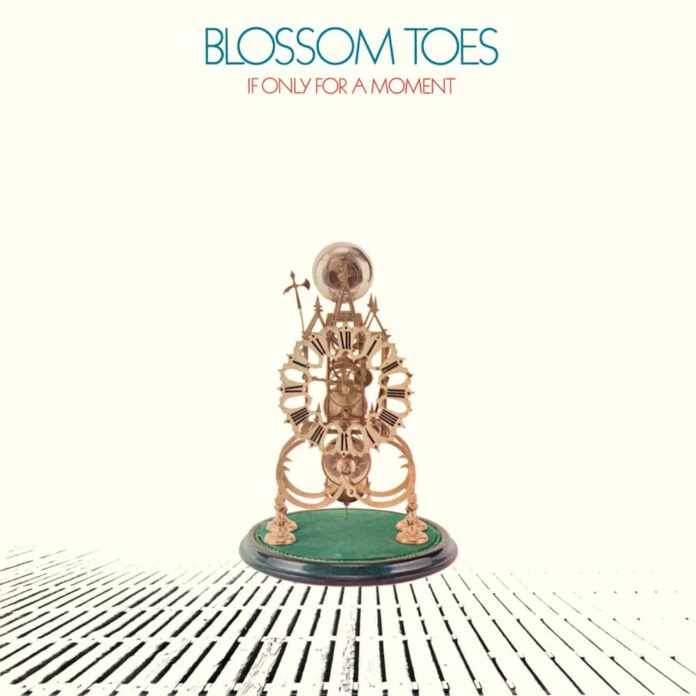 Blossom Toes – If Only For A Moment 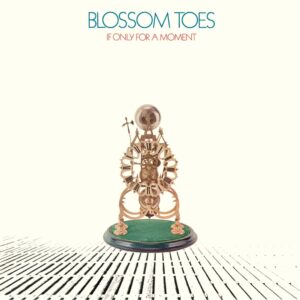 Blossom Toes’ second and final album, with bonus discs dedicated to live cuts from 1969 (including a cameo from Frank Zappa) and demos & rarities. This LP was the follow up to their 1967 psychedelic classic We Are Ever So Clean. Ian Canty pauses briefly for thought…

We Are Ever So Clean, the first Blossom Toes LP (reviewed here), would have to wait decades to get the respect its wild invention was due. The band themselves weren’t overly discouraged by the record’s lack of sales however and even the loss of drummer Kevin Westlake (John “Poli” Palmer came aboard to replace him) did not stop them pressing onwards. One thing was certain though – the kind of wide-eyed psychedelic experimentation of their debut compendium would not really fly in the more down to earth environment of the rock music world of late 1968. To this end the group’s manager Giorgio Gomelsky had the band record I’ll Be Your Baby Tonight, the Bob Dylan song, as a single, with the hope it would be a hit and put the band firmly on the road to success.

After this move failed, he set Blossom Toes’ main song composers Brian Godding and Jim Cregan the task of working up new material at the band’s current HQ on Holmead Road, London. Although the house became more or less a hippy drop in centre with people turning up all the time, the pair worked diligently. In October a new single was ready in Postcard/Everyone Is Leaving Me Now, which make up the first two bonus tracks on disc one of this set. The top side’s solid rhythm base and quirky, catchy demeanour made for a good update of their previous sound, with Everyone Is Leaving Me Now swinging along smoothly with jazz/pop flourishes, before some hard rock guitar soloing takes over. It wasn’t a hit, but did represent a move towards something a little different and more in tune with the times.

Peace Loving Man, an eerie progressive sound that also saw issue on a 45 in the spring of 1969 before the album’s release, was the first item recorded for If Only For A Moment. This marked the end of Poli Palmer’s tenure with the band, with Barry Reeves, pinched from a support act called Ferris Wheel, joining in his place. After some gigs that sharpened them up, in February 1969 they entered the studio to work in earnest on a new long player. They had learnt from not being able to play much of We Are Ever So Clean live and kept things simple and in house this time around. This album’s songs had to be ready to hit the road.

After opening gambit Peace Loving Man completely shook what one was to expect from Blossom Toes (despite the cool chorus sections being something of a trademark), Kiss Of Confusion starts on a squirrelling musical hubbub, before dropping down to a more laidback rock setting with some quiet then noisy riffing. Listen To The Silence broods into view, initially with a funky/r&b swagger. It then slows to a waltz tempo, a cool choral sound emerges and finally it speeds up into a more strident section. What was already more than clear was that we were in a very different musical environment to We Are Ever So Clean.

Anti-war tune Love Bomb starts very quietly but with full-bodied vocals, before slowly developing a head of steam of prog rock pyrotechnics. They imbue everything with a real groove though, which puts their music above mere showing off. Police brutality is in Blossom Toes’ lyrical crosshairs on a comic and cutting Billy Boo The Gunman, where after a cowbell intro a jamming blues rock sound zooms sharply into focus. What the band do so well on If Only For A Moment is using their power sparingly, so the jabs of pure energy count so much more.

Indian Summer begins right down in a lazy summer strum and then forms itself as a stunning piece of pop prog, with faint touches of the psychedelia they captured so ably on their debut LP and some entrancing guitar work. A version of Richie Havens’ Just Above My Hobby Horse’s Head follows, which Blossom Toes turn into a singalong slice of folk pop with guest Shawn Phillips at the sitar. The soulful, heavenly flow of Wait A Minute completes If Only For A Moment. This record is pretty much as different as it can be from their first long player, but ultimately nearly as satisfying and definitely more representative of Blossom Toes as a band.

The other two bonus tracks on this disc apart from the aforementioned single are a live Listen To The Silence and a projected single New Day, which fell by the wayside in the winter after the album’s release. New Day’s gospel massed vocals and good natured vibe could have fit in gracefully on the UK pop charts of 1969. All things considered this first disc does well in depicting a talented band as well set for the challenges of the late 1960s as they could be.

Disc two is entitled “Live 1969” and features Indian Summer, taken from a set at the Bilzen Festival on the 24th of August of that year, as its starting point. The sound is a bit rough, good to very good bootleg quality, but the band are both composed and explosive. The rest of this disc is made up of five tracks taped at the Amougies Festival on 26th October 1969, where one Frank Zappa acted as master of ceremonies and also jammed with the bands, including Blossom Toes. The band open with the mellow vibes of Shawn Phillips’ song Stargazer, which fades out and follow that with a dramatic take of Peace Loving Man, toting an extensive percussive section.

Sound-wise this is of about the same standard to Bilzen, with the final section being a three part version of the Ben E. King/James Bethea tune Grooving, where Zappa shows up on guitar. It is typical blues/hard rock jamming really, probably fun at the time but nothing out of the ordinary. This live section is good to have in terms of seeing how the second album stood up on stage, but for me it was the least essential part of the set.

The final disc brings together demos and rare tracks by the band, cut mostly when Poli Palmer was still a member of Blossom Toes. A stripped back acoustic and vocal version of the Postcard single is a great way to get things started and the nicely reflective, shifting tempo of Riverboat is in the same format. Then we get the first version of Peace Loving Man, where the band get in on the act. It’s a pretty powerful, neat recording with plenty of attack and there is a full-on second take of the same song later that for my money tops the album cut.

Nobody But moves with a lithe bass line and some smart guitar work and although the sound on Wait A Minute’s demo may be a little ropy, but the sparser setting actually increases its overall effectiveness. Poli’s Folly finds the drummer tinkling the vibes on a lengthy, low-key jazz piece, before Jim Cregan’s gently strutting First Love Song takes us back to something closer to the progressive rock of the album.

Keyboard ace Brian Auger guests with his usual panache on a self-explanatory cool r&b of Marmalade Jam and a nicely spaced out demo of New Day ends this disc and the set. Overall this section is a diverting and worthwhile addition to If Only For A Moment. This collection also has scene-setting sleeve notes which bring the Blossom Toes’ story to life through contributions from band members Brian Godding and Jim Cregan. I can’t fault the effort and love for the subject that is demonstrated in the putting together of this release.

Though personal preference means I will always favour We Are Ever So Clean, this set shows Blossom Toes as a real band and moving on to something new and appealing. Unfortunately, after If Only For A Moment did not perform quite as hoped for commercially and also a traumatic motor accident, they went their separate ways. It was a shame, as I think it would have been good to see how they developed in the new decade. There’s plenty of proof here that they may well have prospered, given a little help from Lady Luck. It wasn’t to be but If Only For A Moment has at least been done justice by this thorough and very listenable edition.