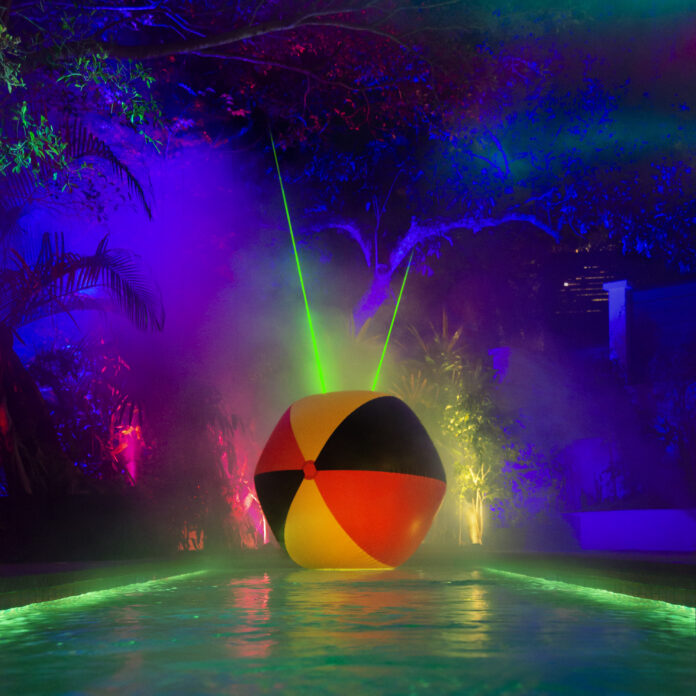 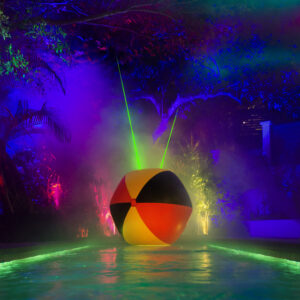 It’s coming home, hypno-tropicalia is coming home. Blood Wine Or Honey’s second album is the most fun you can ever have with your clothes on. It’s wild and wacky and blindingly brilliant. Gordon Rutherford goes between the lines for Louder Than War.

Finally, Euro 2020 is underway and we are already familiar with the commentators’ soundbite of choice. Turkey didn’t ‘turn up’ against Italy. The Welsh failed to ‘turn up’ in their first half against the Swiss. And Russia were battered by Belgium in their own backyard because, you guessed it, they didn’t ‘turn up’. Thankfully, in creating their second album, DTx2, Blood Wine Or Honey have absolutely ‘turned up’. In fact, not only have they turned up, they have brought an entire melange of collaborators, sounds and ideas. This is an album that has absolutely everything bar the kitchen sink thrown at it. Actually, I suspect that chunk of porcelain is in there too.

For the uninitiated, Blood Wine Or Honey are a Hong Kong-based duo made up of a couple of seasoned pros in multi-instrumentalists James Banbury and Joseph von Hess. They describe their sound as hypno-tropicalia and you have to trust me when I assure you that description will make absolute sense when you listen to DTx2. This is a sound that has got it all going on and, in keeping with the football theme, it’s very much an album of two halves (roughly). The first is a run of conventional (relatively speaking) stand-alone songs, all self-contained, whilst the latter stages take a more trance-like route, particularly the final three tracks which run into each other to form a kind of triptych.

Of course, one should never judge a book by its cover, but you get a sense of what hypno-tropicalia is just by looking at the album artwork. It’s luxurious, full of the richest purples and electric greens. That opulence is reminiscent of the artwork for The Associates’ epic, Sulk and the comparisons don’t end there. Whilst there are no Billy McKenzie soaring falsettos, this is an album that is brimming with ambition and innovation. It’s a collection that surprises and delights with every twist and turn. Nothing is out of bounds and this is a duo who simply refuse to be governed by the rules.

Take that first half, for example. It is simply wild. In fact, it’s probably the most fun you will have this year with your clothes on. The album opens with the industrial/urban-electronica/euro-synth-pop of Mystery Operator. It’s like The Streets meets Kraftwerk meets Parklife-era Blur. The latter comparison, I confess, is hugely influenced by von Hess’s south-east accent, spitting out lines like a gatling gun. The sheer scintillating pop and call-and-response of the original Human League evoking Messenger takes things on. This is the first of several intriguing collaborations on DTx2, this one featuring Jean Daval aka Preservation (MF Doom, RZA, GZA). Daval’s contribution of beats and electronics turn this tune into something incredibly danceable. The highlight, however, is when von Hess’s clarinet bursts onto the scene, mesmerising the listener like a snake charmer.

The Fragility highlights the band’s punk side. Prominent is the Sleaford Mods-type delivery from von Hess. He raps out his poetry like a demonic Kae Tempest, his words tearing into you like a rapier, and when he tells you that you should “have some fucking humility”, you know you better pay attention. It’s not just about the words, though. Beyond that we have the most incredible musical fusion. It’s post-punk dance that morphs into an afro-beat/Sons Of Kemet/Soulwax kind of monster. Von Hess’s saxophone is blistering. Then there’s disco beats and, just to cap things off, sumptuous cellos from James Banbury in the last lap. It’s difficult to recall a time when I’ve heard quite so much going on in one track and yet, at no point in time does it feel as though it’s about to collapse in on itself. It’s wonderful. 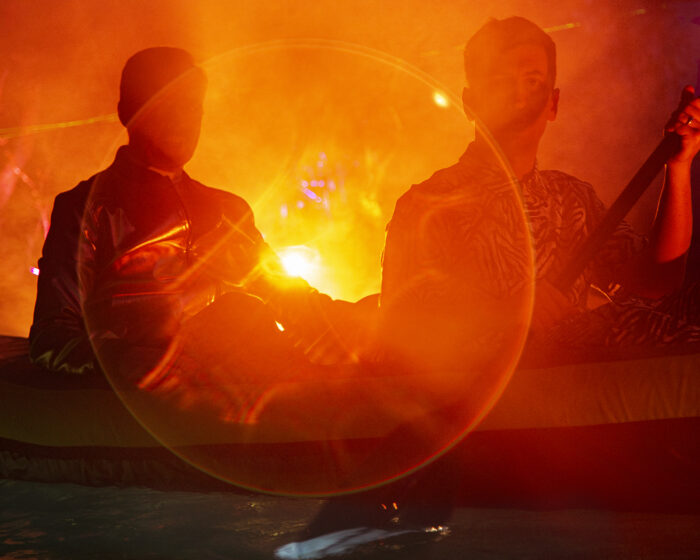 It’s followed by another interesting collaboration, this time with KT Tunstall. I must confess that I didn’t see that coming, but it works brilliantly. The parties first collaborated when Tunstall asked the band to contribute a DJ mix for her Instagram lockdown feature, KTRave. Now, the Scottish superstar returns the favour on Attraction. Once again, it’s an incredibly danceable tune that has a real eighties feel to it. Tunstall brings the house down with her sultry and seductive vocal, whilst guest drummer Tim Weller (Marc Almond, Goldfrapp) rocks the snare like Buddy Rich. What an opening to an album. Four tracks, a quartet of absolute bangers. Momentarily, it flags a little with the messy discordant techno of Riot Bard, but in an unintended way that serves as a kind of pivotal point of the album.

The transition begins with jazz-funk tinged Testing Time. London-based musician and composer Kamal provides vibrant keys whilst nineties Hong Kong scene legend, Zoë Brewster, contributes soulful vocals. The slightly trippy vibe that develops gives a strong hint to what’s to come at the album’s denouement. Before that, however, we have this collection’s stand-out track, I Shall Rush Out As I Am. Another Hong Kong artist, Janice Lau, provides spoken-word vocals over Banbury’s fluid bass lines. Von Hess’s Shabaka-like sax kicks in, penetrative and persistent, and as it develops, the track increases in intensity and urgency. That sweaty, pulsating post-punk/funk crossover has a real A Certain Ratio vibe. Perhaps the most interesting aspect of I Shall Rush Out As I Am, however, is the involvement of legendary pop provocateur, Paul Morley. The words spoken by Lau come from sci-fi writer, critic and radical feminist, Joanna Russ. Morley introduced Blood Wine Or Honey to the work of Russ and, collectively (along with Lau), they crafted those words to create the inspirational foundation of the track. “I will not trust anyone who isn’t angry”, it proclaims in the opening line and the fusion of the simmering rage of the lyrics combined with the freneticism of the music makes for a heady mix. I’m told that the band and Morley have two more collaborations based on iconoclastic and avant-garde figures to come. That’s undoubtedly something to look forward to.

Things then get a little bit different for the final three tracks. This is a trilogy that is like stepping through a portal from DTx2 into another world. Embers opens with a folksy Hungarian shepherd’s flute, transporting you into another realm entirely. FX loops and a discordant clarinet are introduced to create a trippy soundscape. This segues into Embrasure, featuring Chinese wind instruments, suona and hulusi. Initially I thought that the hulusi was a bagpipe, introduced as a nod to the earlier contribution of KT Tunstall, but sadly not. That’s how it sounds, however. It’s all very enchanting and mysterious. Echt Embrace closes the album in similar style.

At the end of it all you are left a little breathless and a little bit mind-blown. With DTx2, Blood Wine Or Honey have crafted a stimulating, intoxicating brew, one that fuses jazz, afro, dance, post-punk, pop and electronica. And the kitchen sink, I think. It’s wild and unlike anything else I have heard this year. At the end of the day, when the final note is sounded, we can comfortably conclude that Blood Wine Or Honey have most definitely ‘turned up’.