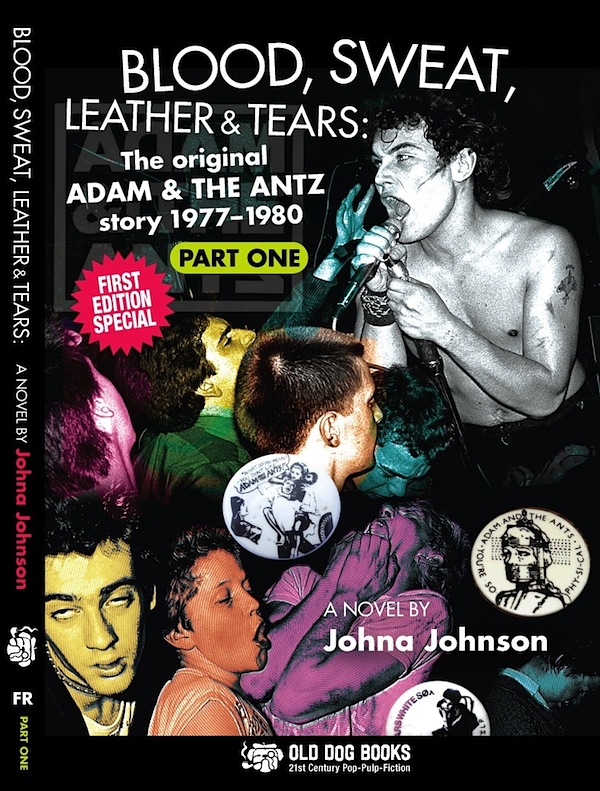 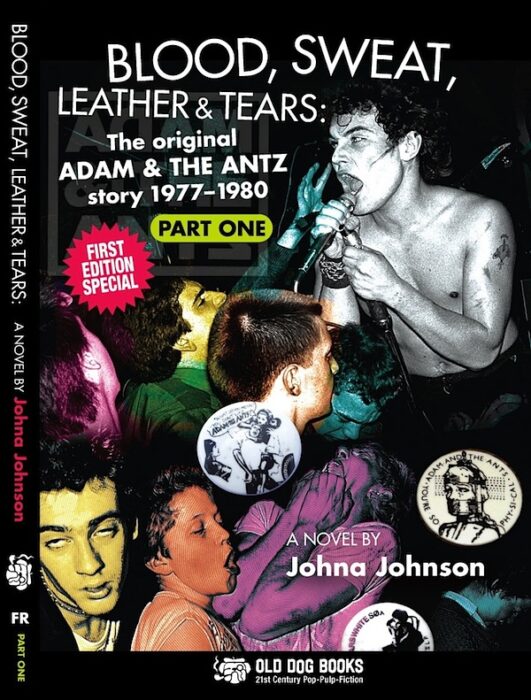 Original punk and face on the scene Johna Johnson looks back at the thrill, sex and violence of being an Adam and the Ants fan in the late 70s.

There have been a lot of books written on the late 70s punk explosion. These range from quite scholarly tomes examining the sociopolitical landscape of the times to detailed biographies and autobiographies from some of the main players. One area that has been examined less is the point of view of the people who were involved, but were not in bands and never became famous. The punter, the participant, the punk in the crowd.

In some ways, this is an odd omission, as this is where the change really took place. The punk spirit and look spread out from London, taking hold in the youth of the nation and then on the rest of the world. How this happened and how it felt to be part of it all is a huge part of the story, perhaps even the most interesting part of it all.

Helping to put this right, Johna Johnson has written an account of all this from his own personal perspective. You may recognise know Johnson from his appearances as a talking head on TV shows looking at various youth culture movements, you may even have bumped into him at a few gigs. He is one of the few people who can genuinely claim they were there when things started to happen and who immersed themselves in it so totally that their stories are now an important part of our social history.

The result of this is Blood, Sweat, Leather & Tears, Johnson’s first go at getting this tale down on paper. And what a tale it is, taking in the shock of punk, the violence that followed it and the highs and lows of being young in the eye of the storm.

One thing that had me puzzled about this book is how much of it is history and how much of it is fiction. The cover proclaims Blood, Sweat, Leather & Tears to be a novel and an interview with the author says that he was asked to write “a fictional version of my time following Adam and the Ants”. Adding to the confusion, in the same interview he also says the book is not just his story but also “Dunc, Popey, Jon, and some of the others who were the first Ants fans around.”

I would imagine what we can take from this is that the book is an account of what happened, with extra detail added to fill in gaps in the memory or perhaps even to embellish the story somewhat.

All that aside, Blood, Sweat, Leather & Tears is an exhilarating read and one that captures the confusion, newness and sheer damn fun of the early punk scene.

This is the second book I have read recently that mirrors a lot of my own experiences and mentions a lot of the same bands and records that so captured me in my own misspent youth, the other being the first part of Bobby Gillespie’s Tenement Kid. When reading these books, the writing sparked lots of very similar memories of my own and both are extremely relatable.

The first part of Blood, Sweat, Leather & Tears deals with what happened when the shockwaves from punk made their way to Bradford and changed young Johnson’s life forever. It is hard to make clear to people who were not there at the time the shock that punk clothes and hair had on people and the violence that could be a consequence. I remember when heading into Liverpool that we would all look at the carriages as a train pulled into our station, to see which one looked least likely to contain people who would attack us for the way we looked. We weren’t always right. Johnson describes this period and its situations perfectly.

The tales of his first trip to London to see where punk was emanating from are both hilarious and exciting. His confusion over having to use the London underground for the first time will strike a note with those who have experienced similar wonderment at their first time in the capital. His determination to find and join in with the heart of punk is admirable, as is the way he joins and is accepted into what was a fairly elitist scene. He does this largely due to his unflappable personality and his willingness to join in.

The description of seeing X Ray Spex at the Man in the Moon pub is enough to place you front and centre of the gig, emotionally as much as physically. Johnson throws himself enthusiastically into the punk scene, but all this crystalises when he sees an Early Adam and the Ants gig. He has found his band and he has found his tribe.

One aspect of the Ants story that Johnson gets across well is how different the early Ants were compared to the chart sensations that were to follow. This is brilliantly illustrated in a conversation Johnson recounts when chatting a girl up by talking about favourite bands. When he tells the girl his favourite band is Adam and the Ants he feels compelled to point out that it was the pre-fame version of the band and how great the differences are that separate the two. He is unable to hold back the disappointment he feels at this transformation and starts a rant about this that leaves him frustrated in more ways than one.

Again this strikes a chord with me as I can clearly remember groups of leather-clad mohicaned bikers at the Futurama 3 festival in Stafford with Ants tattoos that must have become the source of much piss taking with the likes of Stand and Deliver topping the charts with tales of dandy highwaymen.

That said, the tales of the early Ants gigs make me sad that they were one band I missed out on in those heady days; “This closely-knit gang of kids are tight as a group – they are all looking after each other’s backs. To the casual onlooker, it just looks like an unruly group of people who can’t dance, but it’s well organised it its chaos…it’s audience participation at its best.”

Johnson quickly falls in with The Ants Tribe, becoming part of the inner circle. The people who made up this tribe all look out for each other and become, to all intents and purposes, an extended family. This is the book’s happy time when all is new and all is right. Those who have been involved with a scene in this way will know that the good times don’t last forever and the violence that punk attracted got way out of control as Teds and Skinheads would crash gig with the sole intention of starting a massive fight. Johnson and his friends give as good as they get and there is a good deal of honesty in the accounts of these fights and their aftermath.

One of the book’s highlights is the cast of characters it contains, from fucked up hitch-hikers to submissive sex slaves. While this makes for an entertaining read, I would hazard a guess that this is where some of the artistic license is used that makes the book a novel. While some characters are verifiably real people, I would bet money that others are not. Not that this matters, as it ensures the book is peopled by characters who add to the story, as all novels should. How much is an artistic license anyway?

The tale of the Ant Army’s last tour is as sad a denouement as you are likely to read, as they realise that their place has been taken by 13-year-old girls in Adam Ant fancy dress and that they aren’t welcome at their own party anymore.

But the road taken to get to this is as wild, extraordinary and entertaining as any you will read. Blood, Sweat, Leather & Tears is an essential read for those who went through the white hot heat of punk or those who wish they had. The highs, lows and vicious blows of the times are captured by an expert storyteller and by someone who was ideally placed to document the times as they were changing.

Read it now and pretend you were there.

Words by Banjo, you can find his Author profile here