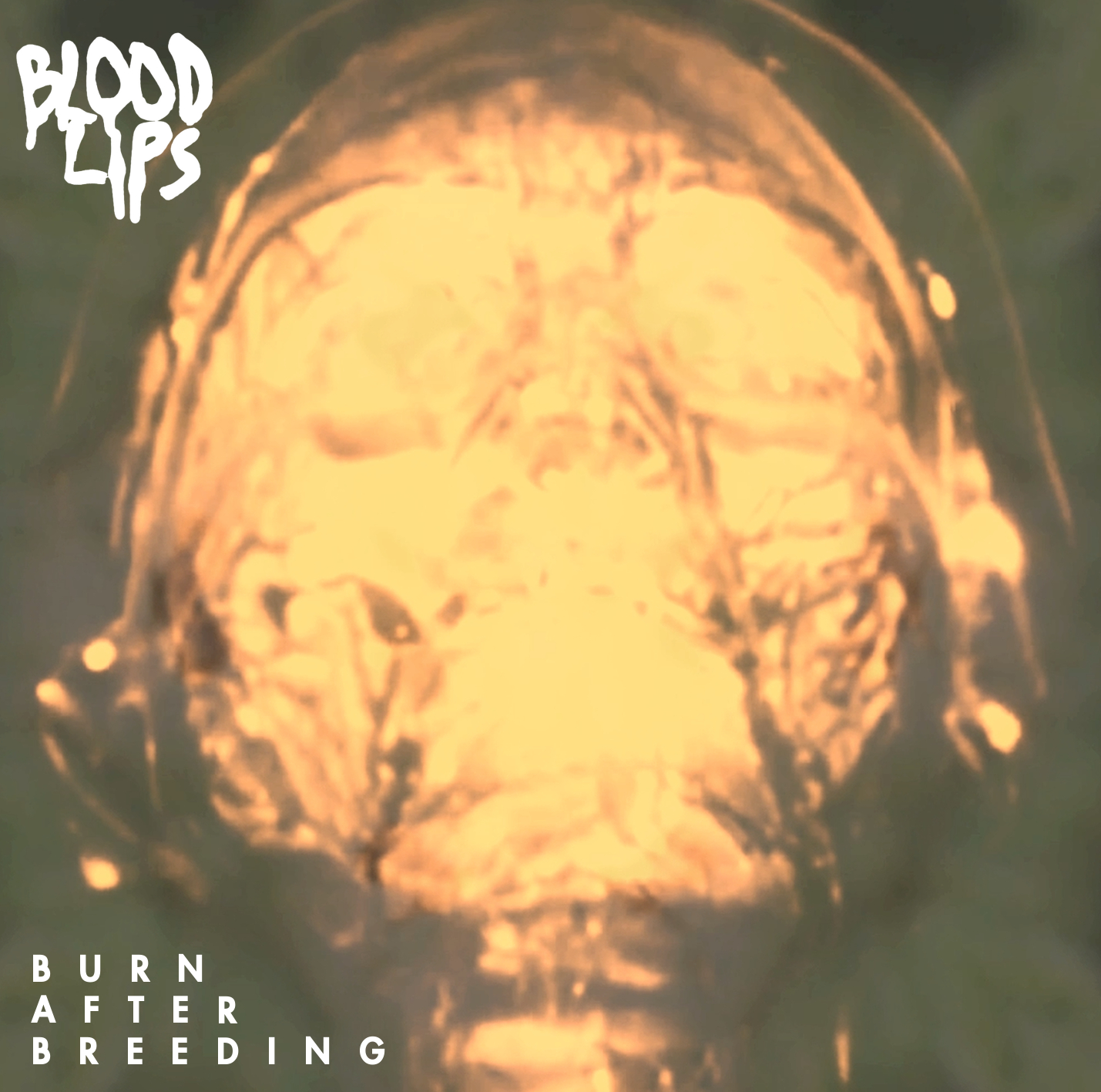 It is a truth universally acknowledged that the days of prog-rock are long gone and behind us. However, on their new single ‘Burn After Breeding’, Welsh trio Blood Lip seem to be going some way to ushering in a revival. But with the inclusion of raging drums and screamed vocals, this isn’t just any revival — this is a dark ritual. Louder Than War’s Thomas Roden bears witness to prog-rock’s rebirth.

Faint, chant-like vocals and organ-esque instrumentation welcomes you as you hit play and enter the cathedral of chaos that is Blood Lips’ new single. This haunting sound will set the tone for one minute as you are led by the wrist to the altar of noise-rock. But do not get too comfortable.

After all, rebirthing is no quick or quiet process — and this is no ordinary rebirth. This is prog-rock spliced with the gritty DNA of metal and, as such, after the minute mark this explodes with nuclear force and the distorted screamed vocals of fevered nightmares. The contrast is stark; the senses dulled by the hard-hitting aural assault.

A back and forth between ambient daemonic soundscapes and a furiously aggressive maelstrom will create a feeling of uneasiness and tension — perhaps even distress. But there would be no finer way to resurrect prog-rock than with subtle differences that leave an impact. For better or worse, the genre has been revived as Blood Lips surrender the sound after three arduous minutes. No bones are left unshaken; no ears disinterested.

Prog-rock is back, but it is not the same sound we once knew. It is grittier, messier, heavier and angrier, feeling more progressive-punk than anything else. Blood Lips has brought on the new age of quasi-experimental metal-punk filth, and we are all the pigs who will lap it up and embrace it. Prog-rock never sounded this intense or determined — certainly never this good.

‘Burn After Breeding’ is a point of no return for listeners. Abandon hope of enjoying prog-rock or metal all ye who listen here… it shall never be the same again.

Those wishing to worship at the altar of progressive metal can listen to the single here. More devout followers can find Blood Lips on Facebook and Twitter.

All words by Thomas Roden. More of the words that have emerged from his fingertips and cranium can be found on his Louder Than War authors page.