Home Music Bands Blondie: Doom or Destiny -the best music video of the year in... 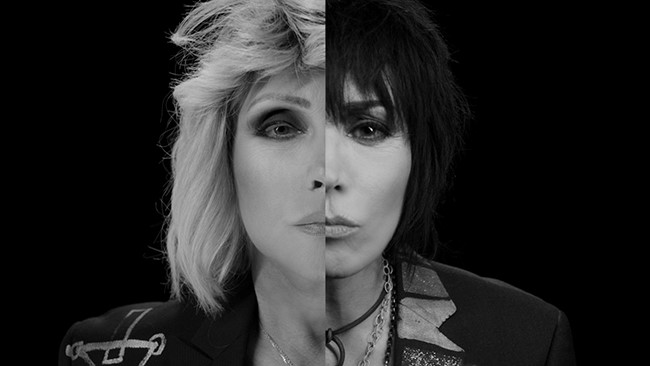 Blondie: Doom or Destiny -the best music video of the year in terms of Pop, Protest and fun!

“In trying times, we try harder. Politics have become the new pop culture phenomena. The current landscape of music videos has so little to do with true protest or some kind of social message. It can be truthful, but irreverent, fun and funny. The punk style protest is somewhat removed from today’s modern music.”

— So says Chris Stein on the Blondie Official Website.

Blondie have always been a great band.   Never afraid to be Pop. Always a part of Punk.   They combined glamour, art and pop with humour and style.

Forty-three years in ‘the business’ – (OK, with a 16 year gap…)  they brought punk and disco together with Heart of Glass,  introduced rap to the mainstream with Rapture and influenced a thousand artists across the decades from Madonna to Wolf Alice.

Debbie Harry is an Icon.  Probably the most beautiful, smart and kooky female singer in pop, rock and punk…. and in 2017, the year when reality and madness, truth and lies, hyper-reality and apocalyptic possibilities became one… a New York pop band manage to sum up the whole caboodle in one (less than) three minute pop song and this, the accompanying promo video.   It’s a total work of punk-rock day-glo pop-art genius.  And says all the things which should be said about popular culture, politics, the patriarchy… and the madmen running the world- with a bit of reptillian conspiracy theory thrown in.  The fabulous, ageless Joan Jett – another iconic female rocker co-stars.

As soon as it finishes, you just wanna watch it again.

“Having a shit-fit..” is my favourite line because Debbie sings it so matter-of-factly.  The mugs they drink out of are brilliant.  There are so, so many clever, funny, astute references in the video which you don’t catch first time.   A whole load of great slogans – Pussy Grabs Back!   Joan and Debbie look great but more importantly they look like they are having fun AND are making a point – STOP FUCKING THE PLANET .   The iconography seems to take in everyone from Warhol to Pussy Riot to Vivienne Westwoods ‘Tits’ t-shirt.  I don’t know who directed the video, but she/he has done a fantastic job.

It’s from the Blondie album ‘Pollinator’ – This is the Best Music Video of the Year.  That’s all.   Blondie Rule 4-Ever.

(Edit – the video director is one Rob Roth – thanks to Carl Davis for providing this info and alerting me to the video in the first place.)

All words (c) Ged Babey for Louder Than War.