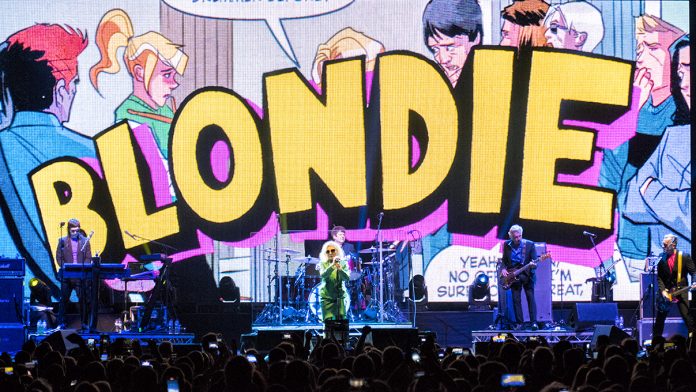 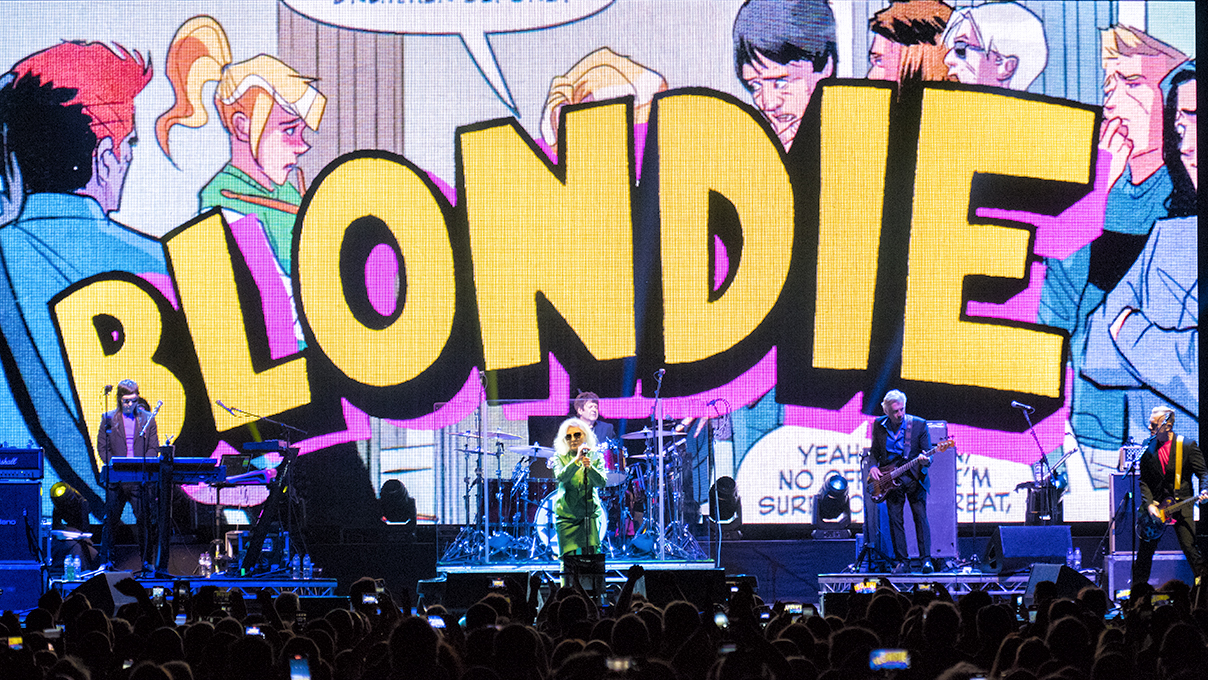 Words such as Legend and Icon are used all too often and incorrectly, however, there can be no argument these are the only fitting words to describe Debbie Harry and Blondie. After a lengthy delay due to the pandemic, they are back on the road with their Against the Odds Tour. This is their first UK tour in 5 years, we welcomed them back with open arms, for this much-anticipated show, as Martin Mathews reviews and Melanie Smith takes photos.

The night kicked off with an 11 song set from Manchester’s much loved Johnny ‘fucking’ Marr who really got the crowd warmed up and singing along to some of The Smith’s biggest hits, alongside showcasing material from across his career, which included songs from his more recent release Fever Dreams Pts 1-4. The set ended with the great Smiths classic There is a light that never goes out. 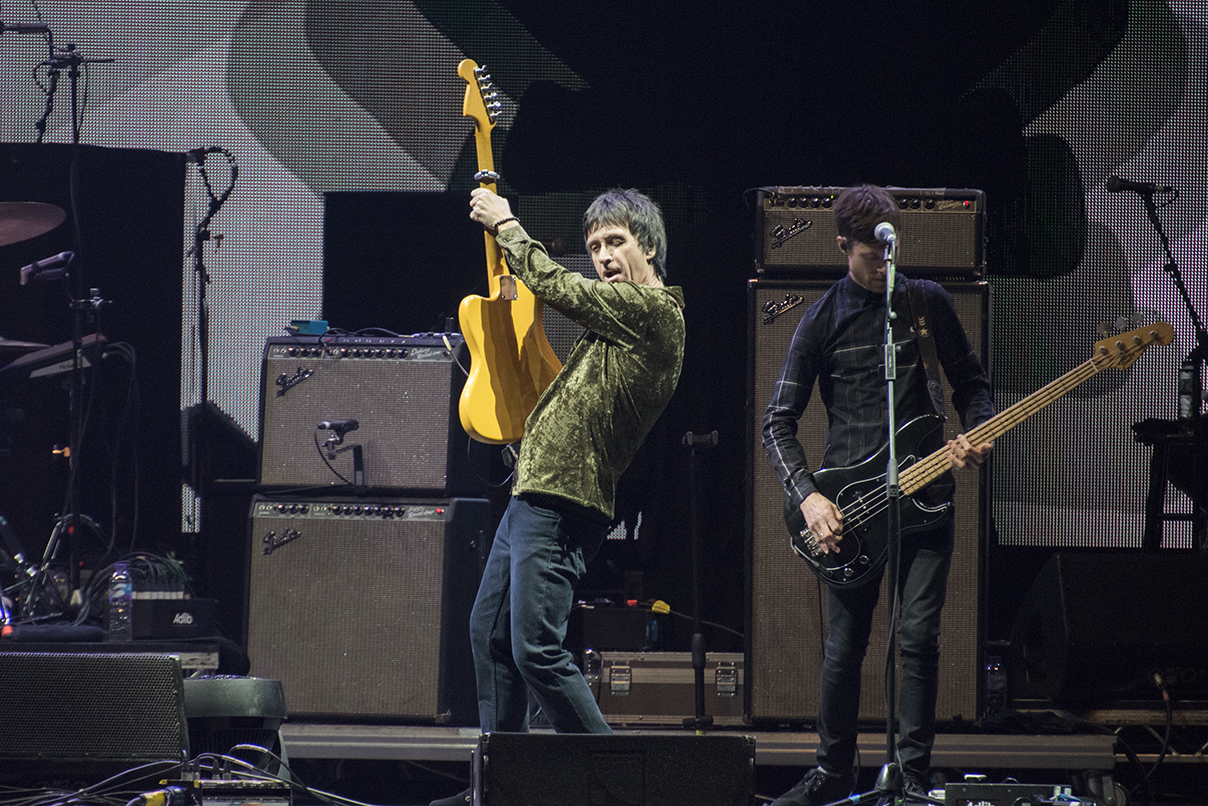 Suitably warmed up, it was time for the main event, New York’s Blondie fronted by the iconic, legendary Debbie Harry. The crowd erupted as the band made their way onto the stage, giant screens played impressive pop art style visuals as the show opened with X Offender, the band’s debut single from 1976. Debbie purring the songs opening lyrics “I saw you standing on the corner you looked so big and fine…” 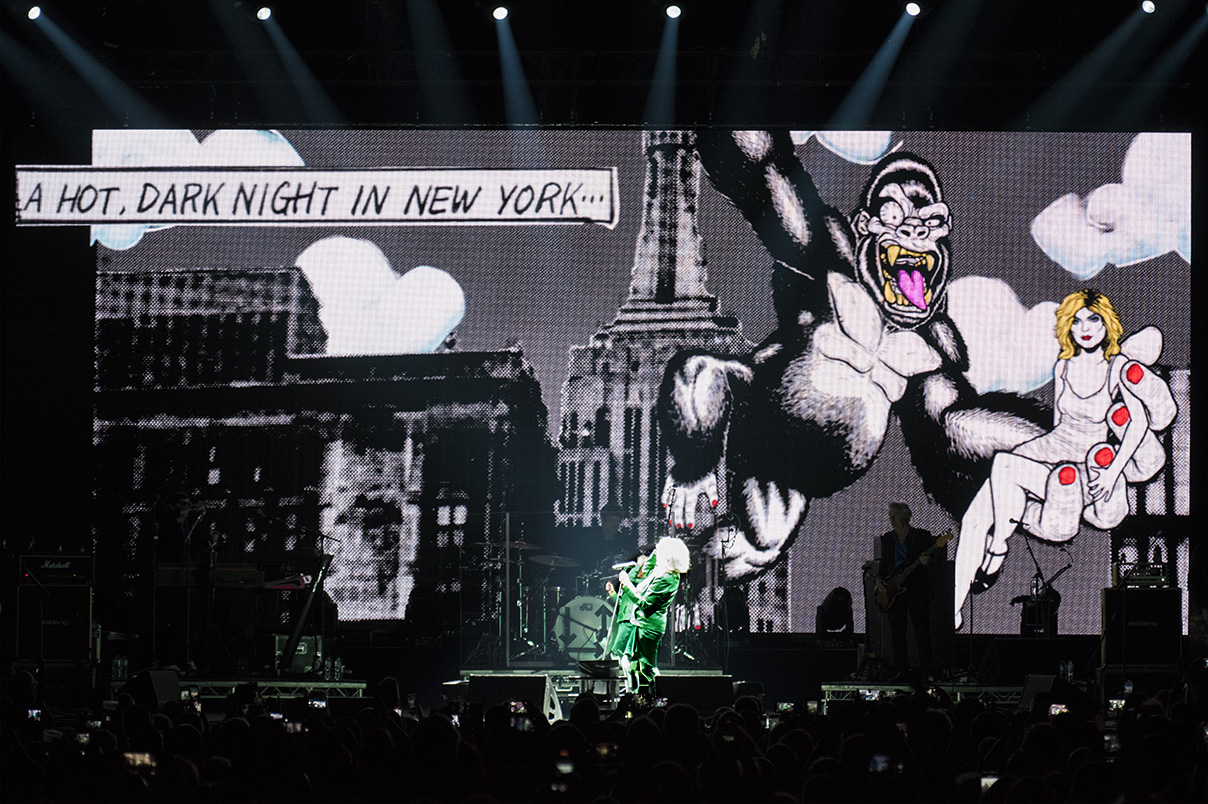 The hits came thick and fast, but this was much more than a nostalgic, greatest hits retrospective show, with the band playing songs spanning their lengthy career, including from the most recent release 2017’s Pollinator. Proving they are still very much relevant in 2022, it is impossible to underestimate the cultural and musical significance of Blondie.

Dressed all in green, sporting sunglasses and with her trademark white-blonde hair Debbie Harry stood hands on hips, surveying the audience, much like a Queen proudly addressing her subjects. She proclaimed “It’s a holiday weekend so destroy yourselves tonight”. She retains all of the charm, charisma, stage presence and energy that made her a star back in the 1970s. 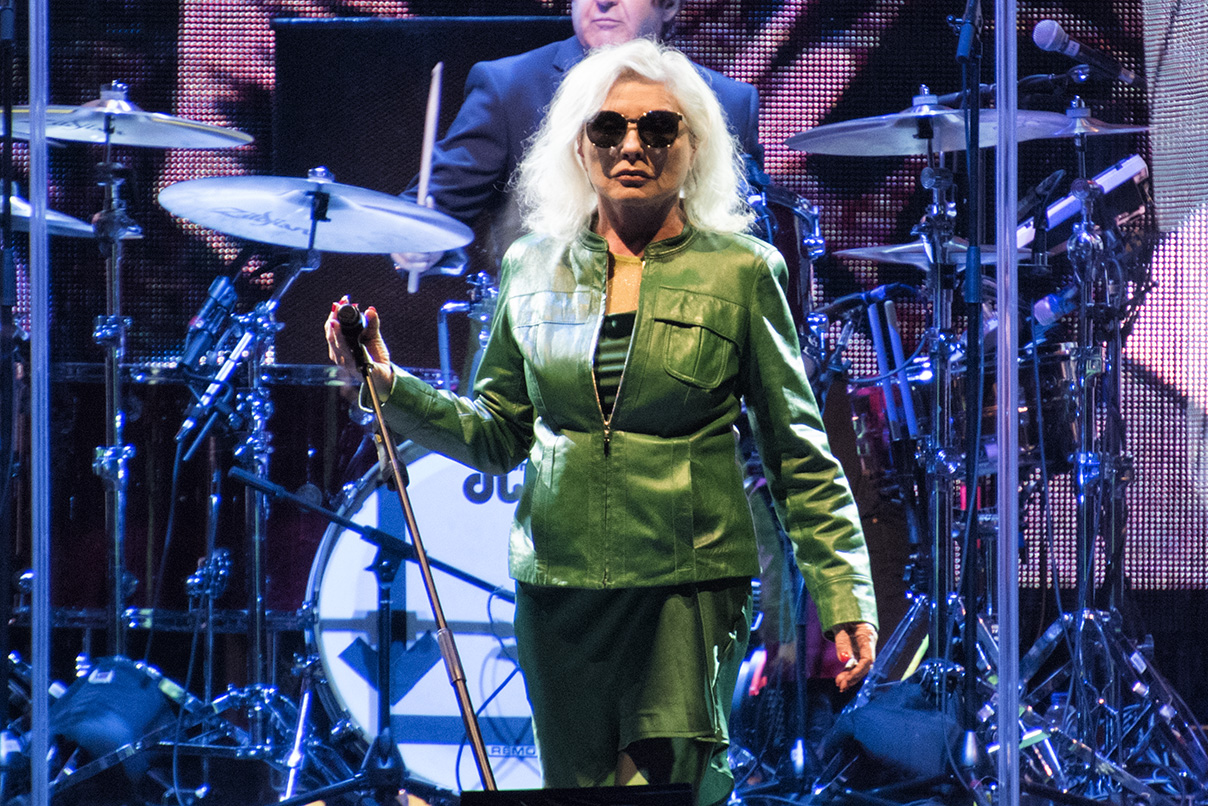 Blondie’s musical style is known for being diverse and eclectic, songs such as Sunday Girl, The Tide is High, Atomic and Heart of Glass really showcased that, with these songs all sounding as fresh, exciting and relevant today as they ever did, this is what I mean when I use the words iconic and legendary.

My Monster was dedicated to Johnny Marr, who is opening the show on all the UK dates. Debbie also told the audience “my dear friend Chris sends his love” a reference to the fact that due to ill health Blondie co-founder Chris Stein is sadly not on the tour. Former Sex Pistols bassist Glen Matlock stepped into Chris’s shoes, joining original band member the incredible drummer Clem Burke, Keyboardist extraordinaire Matt Katz-Bohen (Princess Goes To The Butterfly Museum) and rock god Tommy Kessler, a new addition who replaces Leigh Foxx is guitarist Andee Blacksugar. 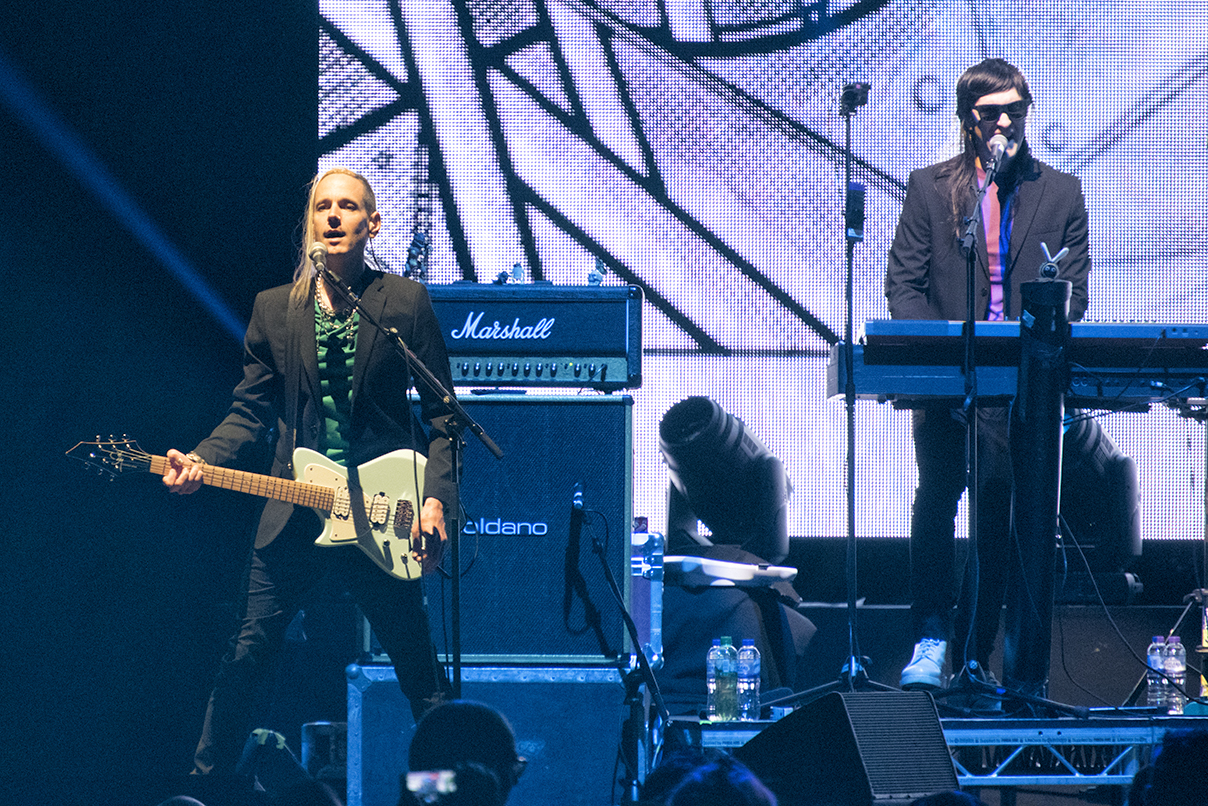 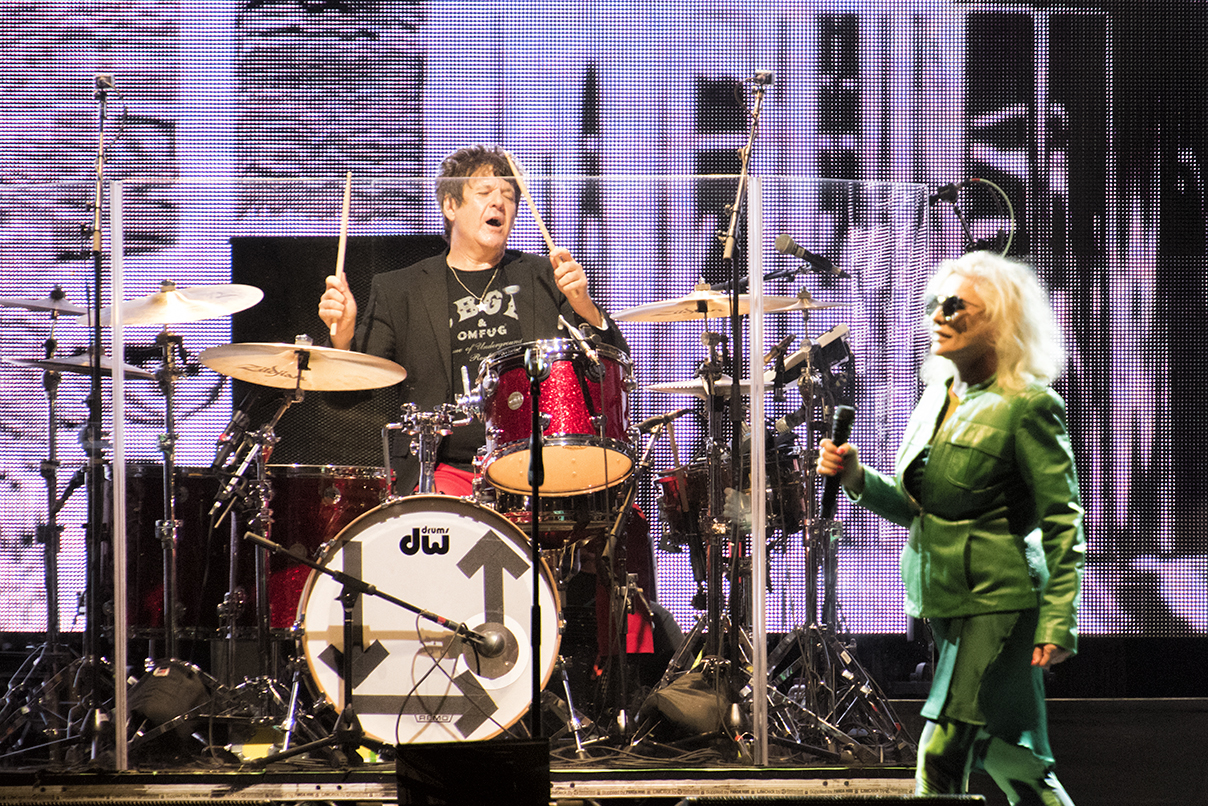 The giant screens behind the band were put to good use, creating impact and adding to the overall enjoyment of the show, with archive video footage of Debbie as well as pop art graphics/cartoons and visuals representing the nightlife of the bands home city New York.

Introducing the bands 1999 chart-topping comeback single Maria, Debbie Harry remarked that she normally says this song is for the girls, however acknowledging that we are living in very different times she said “Anybody who feels like they want to be a girl go ahead” this was met with a huge roar of approval from the crowd, this is an artist truly in touch with her audience and aware of and embracing changing times.

The show finished with a rousing rendition of their 1979 chart-topping disco hit Heart of Glass with a hint of Donna Summer’s I Feel Love thrown in for good measure, before thanking the audience and leaving the stage briefly. They returned moments later for a four-song encore with Debbie wearing a bright yellow hooded cape. An extended intro from drummer Clem Burke signified the start of the anthemic Call Me, which threatened to raise the roof off the arena before finishing with One Way or Another. The stage was then bathed in light as the band took a bow and said their farewells.

What a show, what an absolute privilege to see and hear the iconic and legendary Debbie Harry leading her band Blondie through a night of fabulous music, this was a bucket list gig for me and they didn’t disappoint on any level. Whilst they are still thrilling audiences across the world Blondie will never fade away, but they will continue to radiate.

No Exit
Fragments
Call Me
One Way Or Another