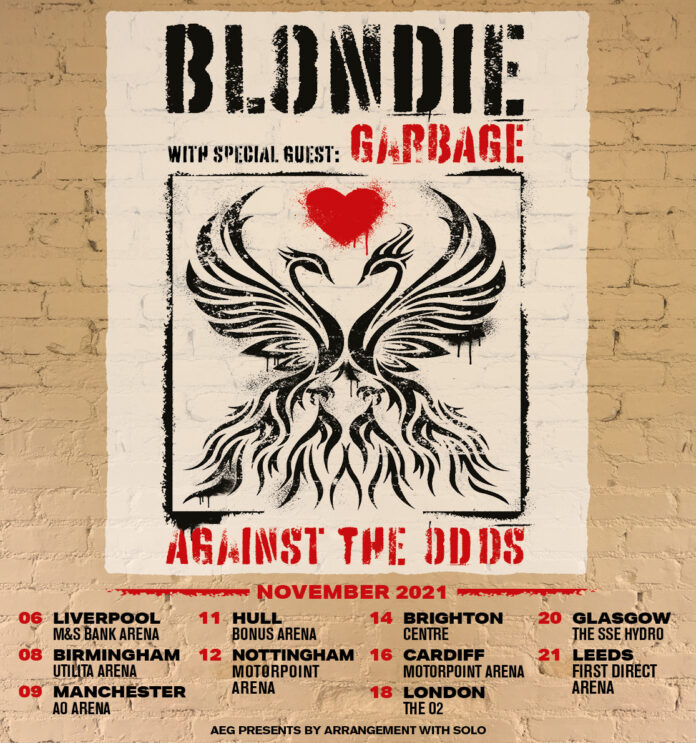 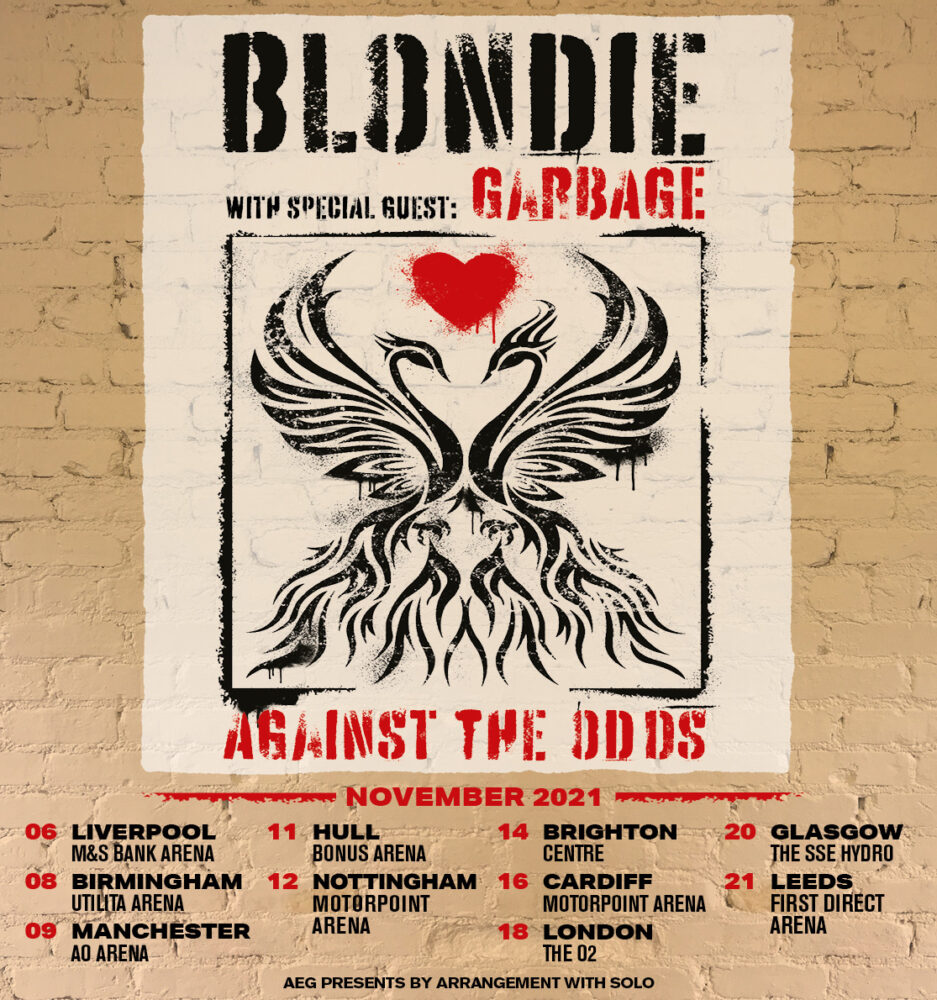 We are excited to announce that legendary New Yorkers Blondie are to tour the UK in November 2021.  ‘Against The Odds’ Tour is their first UK tour in 4 years and will feature special guests, Garbage. The 10 date arena shows will hit Liverpool, Birmingham, Manchester, Hull, Nottingham, Brighton Cardiff, London, Glasgow and Leeds.

“Next year’s UK tour is more meaningful to me perhaps than the very first time Blondie played there in the mid-’70s. The UK has always been a special place to us, and being able to come back to perform there after sitting out most of 2020 is very exciting.” Debbie Harry

“We’re all looking forward to returning to perform in our favourite place in the world.”, adds Clem Burke “Against the odds, hoping for a happy & healthy November 2021 Blondie U.K. Tour!“ 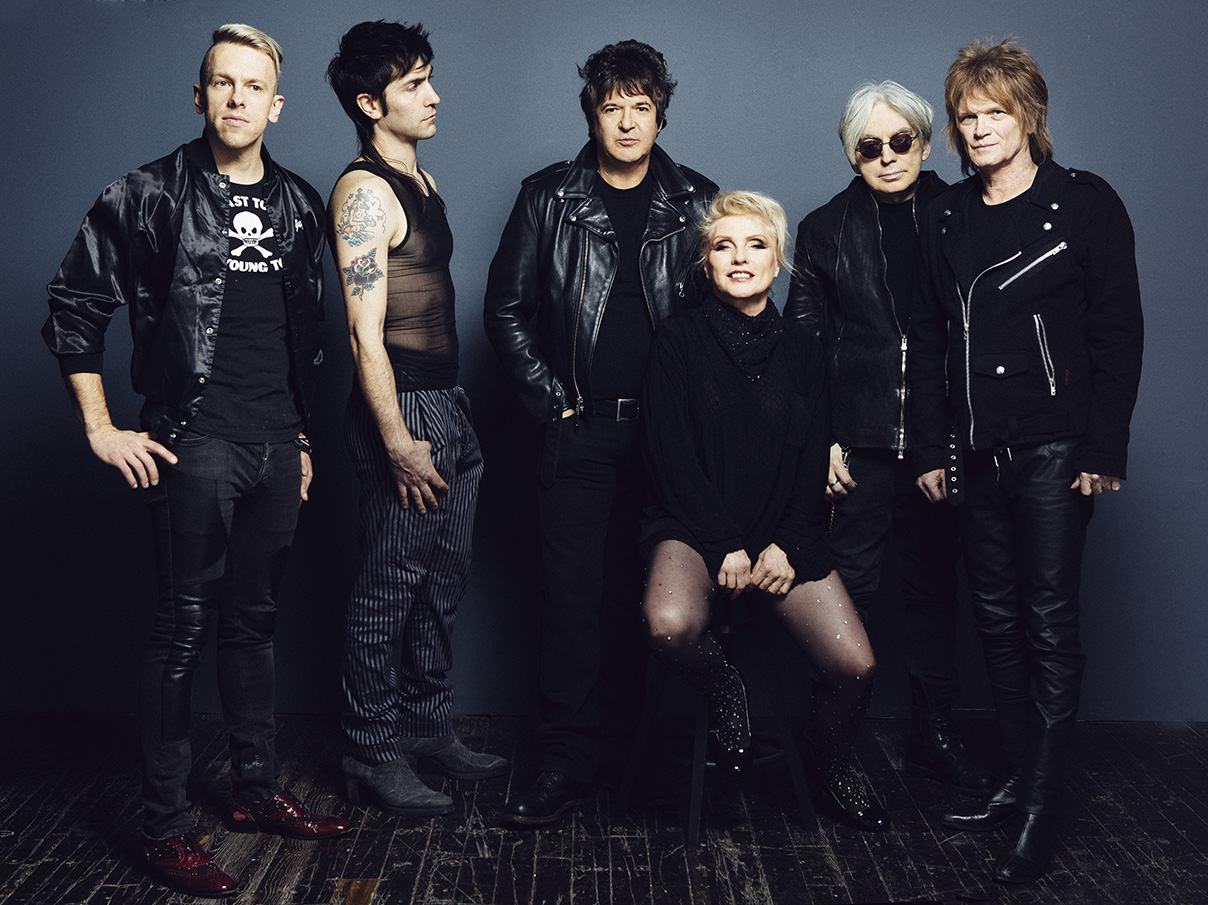 Shirley Manson says, “We are thrilled to be joining Blondie on this tour of the UK. They have been an enormous influence and inspiration to all of us in Garbage and it is always an honour to share the stage with such trailblazers.”

In addition, the first authorized Blondie Archive project in the band’s history — “BLONDIE 1974-1982: Against The Odds” — will be released in four formats and include extensive liner notes, “track by track” commentary by the entire band, complete discography, photographic history plus rare, unreleased bonus material. Blondie are currently working with producer John Congleton on their 12th album.