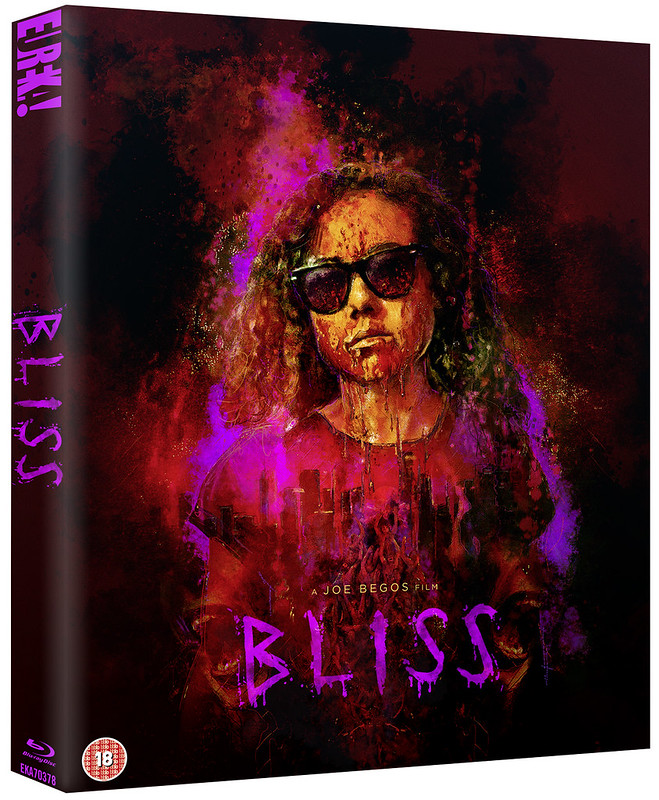 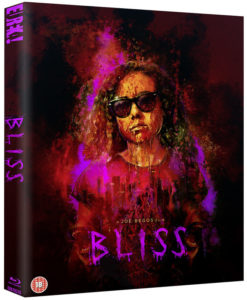 Jamie Havlin assesses Bliss, the disorienting and disturbing third feature by Joe Begos, which has been called one of the best horror films of the last 20 years.

Joe Begos believes that you should see Bliss knowing as little as possible about it. If however, you want to know more about the film before choosing whether to watch it or not, read on.

Set in a scuzzy and neon-lit Los Angeles, this is a tale of sex and drugs and rock ‘n’ roll. With plenty of blood too.

Dezzy Donahue (Dora Madison) is a young painter facing an artist’s block. With an upcoming exhibition in the pipeline, she spends more time standing back and analysing the huge canvas on her wall than using her brushes and paints. She’s stressed out. She reckons her boyfriend (of sorts) Clive is using her. Her slobby landlord is threatening to throw her out of her apartment. Her agent drops her.

Any initial sympathy for her plight is soon jettisoned when we get to know her more. This is someone who is confrontational for the sake of it. She screams demands. She insults just about everybody she meets, sometimes for no easily identifiable reason.

Time to seek solace in a drug binge.

She drives around town in a Death Waltz t-shirts and shredded jeans that look like they might fall apart at any moment. At her drug dealer’s place, she’s offered a number of ‘bomb-ass’ options in a carefully rehearsed spiel. “Even I don’t touch this shit,” dealer Hadrian admits, indicating a package marked Diablo. “This shit can be bonkers.”

Of course, this doesn’t remotely put her off buying some and immediately hoovering the black powder up her hooter. The Diablo – or Bliss as it is also nicknamed – proves immediately addictive. Dezzy soon spirals downward into a nightmarish and violent world which she only ever hazily remembers the next day. 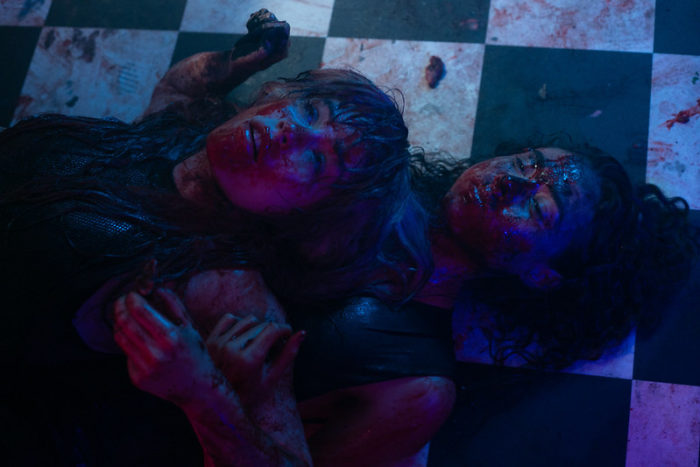 Is she hallucinating wildly? Is she a vampire? Is her painting somehow possessing her?

Begos lets the viewer decide, although Dezzy’s thirst for blood will strike most as vampiric even if fangs fail to appear whenever she is mauling her victims and we repeatedly see her reflection in mirrors.

Truly now on the highway to hell, there is one big advantage to Diablo. While she’s under its influence her creativity sparks and she makes rapid progress on her painting. Some small, Goya-esque figures begin to appear and then a self-portrait emerges surrounded by a swirling fire.

In the film’s press notes, director Joe Begos said: “I wanted to do for LA what Abel Ferrara did for NYC back in the ’70s/’80s.” The influence of Ferrara is evident in Bliss. It deals with themes similar themes to those explored in The Addiction (1995) but its plot more closely resembles The Driller Killer (1979), where an unlikeable and cash-strapped artist is unable to complete work on the canvas they consider might be their masterpiece and which would earn them some money.

Although I do rate Ferrara’s ‘video nasty’ a better film than Bliss, Dezzy’s painting (created by Chet Zar) is a much better piece of art than Reno’s wounded buffalo. 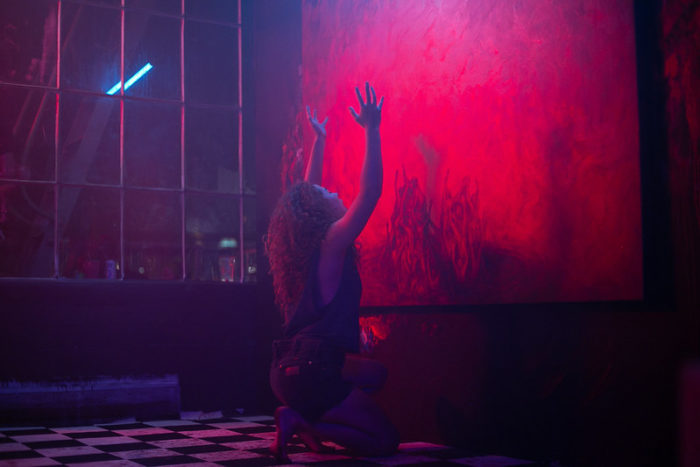 Shot on 16mm, Bliss looks extraordinary, saturated as it is in vivid primary colours. Dora Madison puts in an absolutely committed performance. It’s sleazy. It’s gory with some impressive splatterpunk special effects. It can also be a difficult watch at times with its thundering heavy metal soundtrack and continually strobing lights, but it grips from the opening scenes right through to its climax.

If there were still grindhouse cinemas on Times Square’s Deuce, Bliss would be packing in the punters week after week.