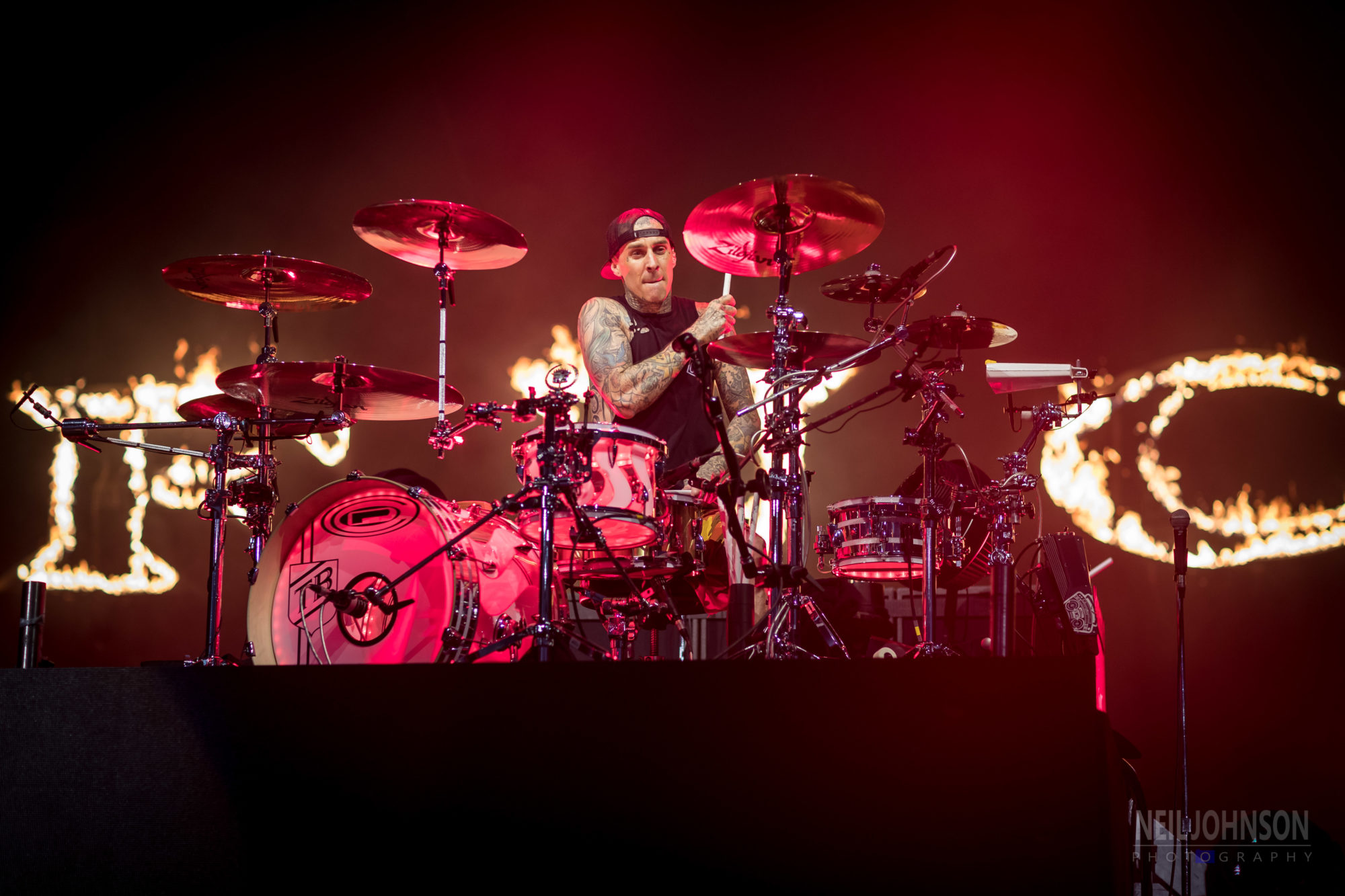 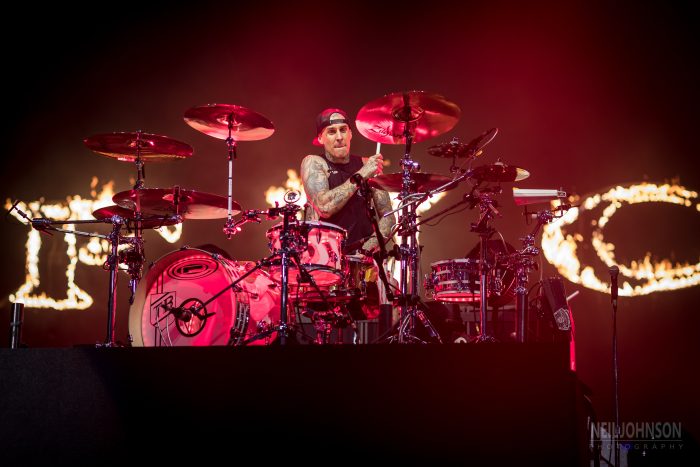 Blink-182 was undoubtedly one of the most influential punk bands of the nineties, virtually single-handedly defining the pop-punk genre and influencing many others to follow in their path. Frank Turner started his career in the post-hardcore punk scene before morphing into what he refers to as folk punk. Neil Johnson went to see a couple of the punk scene’s best and brightest acts in Nottingham.

The opening act for tonight’s gig was New Jersey’s The Front Bottoms, a fantastic set from these guys. Bouncing out of the gate full of energy and a mixture of punk, rock and melancholic lyrics. Complete with a sofa on stage with friends chilling and drinking some bottles of beer. A big job to open a show of this size, but these guys stood up, did their thing and absolutely owned the Motorpoint Arena. They had everyone bouncing during their set and smiling afterwards the perfect opener! 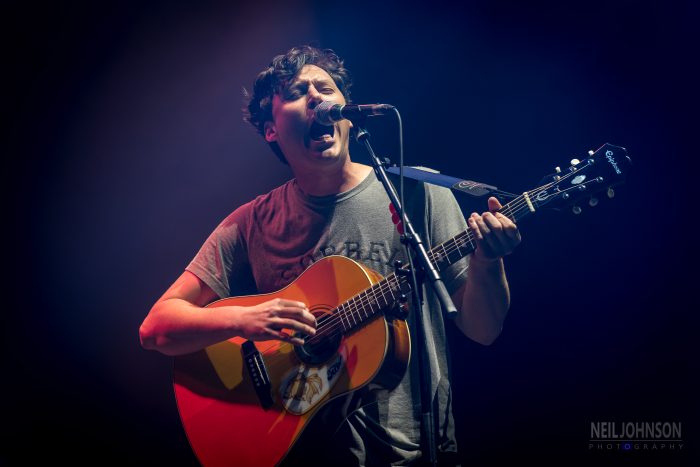 Moving on to the main support act, Frank Turner. Almost a local in Nottingham and a firm favourite at Rock City where he recently played his 2000th show. Also a frequent tweeter, announcing that his dressing room music for tonight’s show is some extreme metal from Cannibal Corpse!

A couple of hours later, the Sleeping Souls began to fill the stage as they played Bet Better before Frank comes bounding onto the stage with energetic abandon and a massive smile, spitting the lyrics ‘We can get better because we’re not dead yet!’ at the crowd.

The setlist is a slightly shortened version of his last headline tour. Highlights are Get Better, Recovery, Dan’s Song, Photosynthesis and Four Simple Words. During Dan’s Song Frank asks for a member of the crowd to join him on stage to play the harmonica, tonight’s star was Martha who lapped up her time in the limelight.

Notable favourites dropped from this shorter setlist were The Way I Tend To Be, The Ballad of Me and My Friends and even the recently issued The Sand In The Gears, all were missed, by me at least anyway. 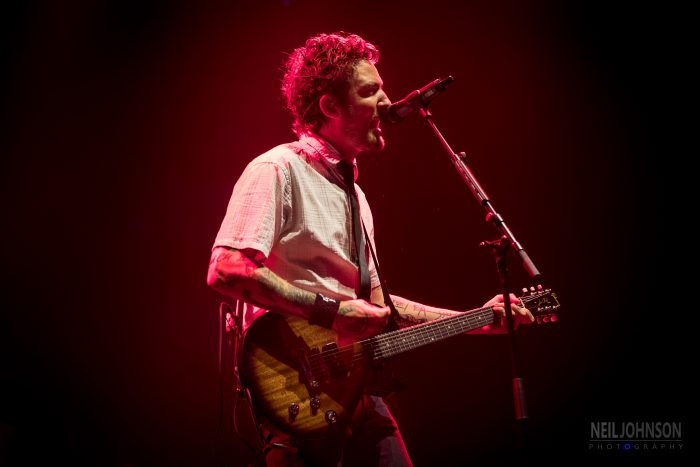 Blink-182 had a huge flag in front of the stage as they came out behind it with the Stranger Things theme playing. The crowd went crazy screaming for Tavis as the flag dropped and the guys ripped into Feeling This from 2003’s self-titled Blink-182 record, originally recorded and sung by Tom DeLongue but tonight handled by Matt Skiba after DeLonge left the band in 2015. It has to be said that Skiba seems a more skilled guitarist than DeLonge ever was, especially live and seemed just as happy delivering old time DeLonge classic verses as the newer material from 2016’s California. 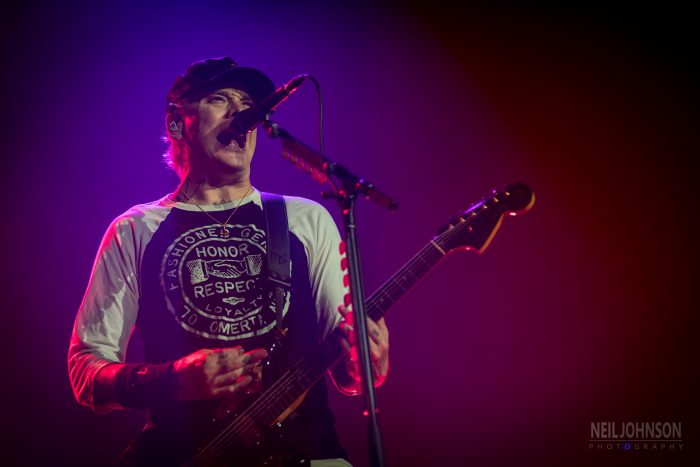 The setlist was a mixture of proven fan loved classics and hits from the band’s well-received new record California.

Even on DeLonge vocal heavy tracks like I Miss You, Matt Skiba manages to deliver a convincing performance. In fact, if I closed my eyes I could be convinced it was DeLonge in front of the microphone. This is Blink-182, just how they always were, just how they always sounded, but somehow a little more energetic and confident. It’s as if they don’t have anything more to prove and are just enjoying themselves playing good-natured, fun, mischevious, energetic punk-pop.

Highlights of the night were The Rock Show, What’s My Age Again, All The Small Things and I Miss You. The Nottingham Motorpoint Arena crowd were trying to lift the roof off during most songs, some of which go back twenty years and are indelibly a part of people’s lives and memories.

A notable omission for me was Home Is Such a Lonely Place, but all things considered a truly magnificent show by one of the world’s most influential and loved bands.