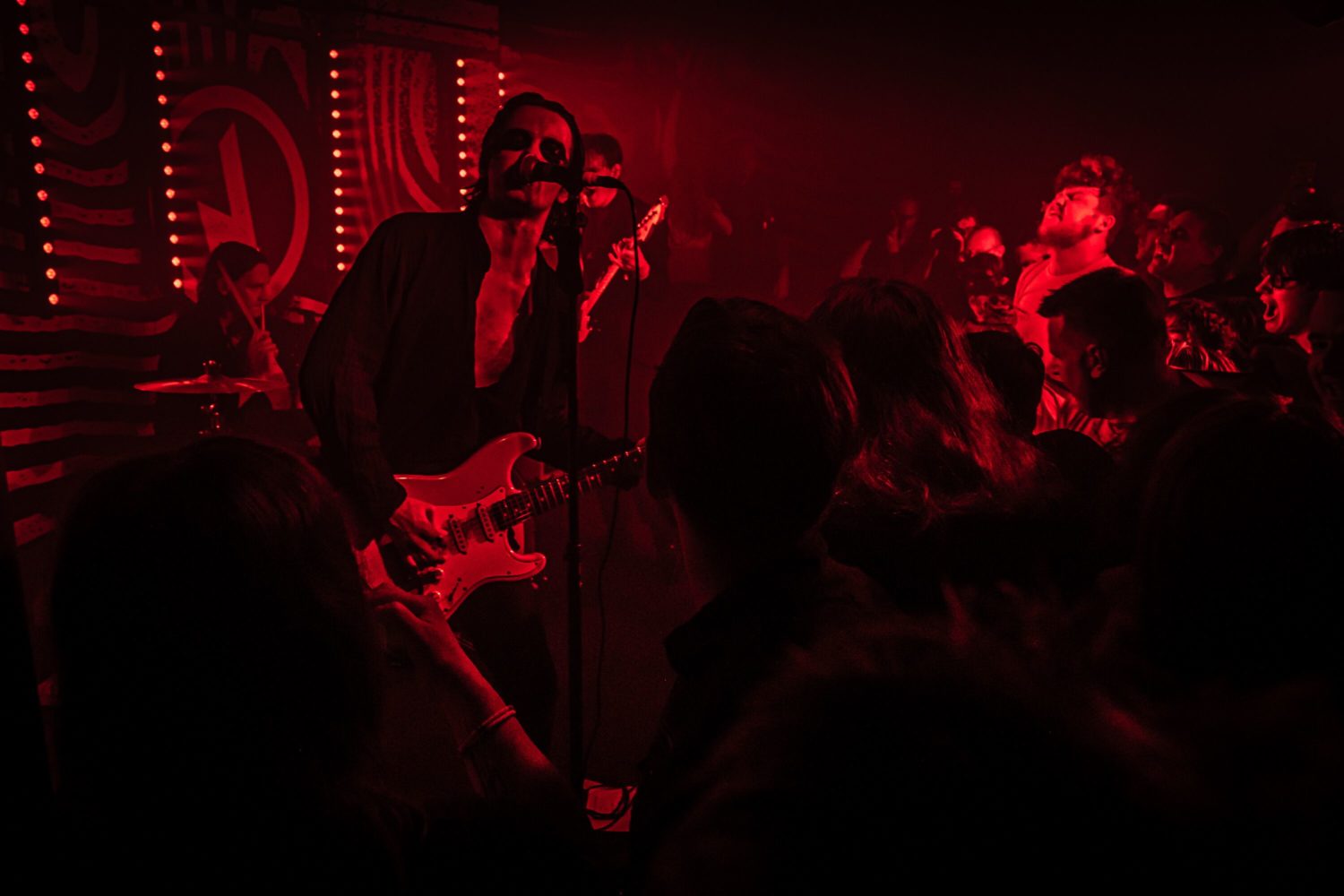 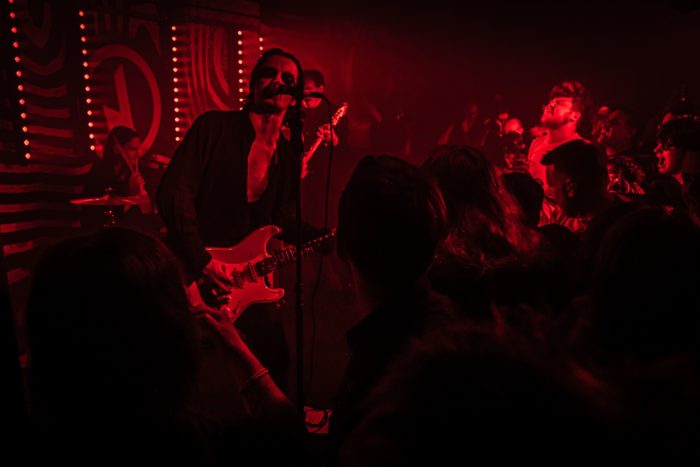 A stellar line-up of acts who have previously wowed the crowds in Jimmy’s in Manchester made the trip to Liverpool to put this new venue firmly on the map. Roxy Gillespie braved the tropical conditions to review these great bands.

Any line-up that has the excellent Bones Shake as their opening act must have talent in abundance. This is dirty, feral garage blues, a sermon from the edge of madness. The siren wail signalled the opening of Cops, the first of many superbly ragged tracks. It’s an outstanding performance with excellent slide guitar and frantic, hard-hitting vocals. I think a lot of us in the era of Brexit can identify with the sentiment ‘I wish I was Irish’ in Liars. Oh My Lord saw the audience truly blessed and sadly heralded the end of the set. I would have paid the ticket price to see these alone, to be honest.

Ambiere were at a distinct disadvantage, as only the singer and guitarist turned up. However, they gave a pared-down performance to die for. Beautiful, beautiful vocals and responsive guitar playing saw them ‘winging it’ to great effect. Songs like Don’t You Worry, Joy, No Sleep and a cool finishing cover of Wicked Game had a subtle electricity all their own. If this is them playing off the cuff, then the whole band must be special proposition. Definitely ones to catch in the future. 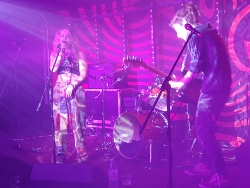 A guitar band with attitude, Scuttlers were a notch above some of their contemporaries. With hints of Glasgow-style punk and welcome guitar embellishments, they gave an intense, high-octane performance. With a set that included their new single There’s Nothing New, Dream and a fine take on the classic Funky Town, the lads showed that there can be a new, exciting twist to the tried and tested guitar and drum formula. Another band who I would be happy to see as a headline act in their own right.

Ryan Jarvis brought a slice of fine indie pop to the new Jimmy’s stage. Impossibly pure vocals and a more-then-decent indie sound, they put me in mind of Neon Waltz; never a bad thing. Playing some excellent songs, including the rather lovely Rosie, that had a distinctly melodic feel, it was easy to see how relaxed the band were and how much the audience appreciated Ryan’s lyrical and exquisite vocal delivery. 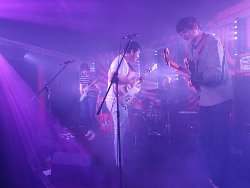 Rock-funksters Dantevilles have a full-on musically accomplished sound that had the Jimmy’s crowd up dancing. Songs like Fool For You and The Fighter really scored a bull’s eye. The duel vocals, high and tremulous paired with an often deeper tone were really striking. Despite a problem with the bass, which saw the rest of the band play a great funk interlude, while a substitute was found, this was a really remarkable set.

Deja Vega are really something. A rhythm section to die for coupled with great psychedelic guitars and fierce vocals. Starting with Mr Powder, this was a powerhouse of a set that included the brilliant Eyes Of Steel and ended on their wild piece of psychedelia, The Test. Despite the growing heat and humidity, the set remained as finely-tuned as ever, without losing any spontaneity or power.

The lighter feel of Saytr Play was a dancetastic and fun set. The singer has personality in spades and it was easy to see why fans had travelled to see the band. Pool Love and new single Bang Average were a big hit with the fans who had come to see them from Manchester and those new to their music. With loads of audience participation going on, and some great indie rock, Saytr Play were a definite hit. 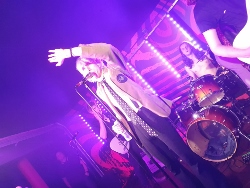 Playing in the sweat box that Jimmy’s had become during the course of the day didn’t stop The Blinders from playing their usual stupefying show. It was amazing to be able to see them in such a small venue; the growling, sinister bass and frantic drums backing impressive vocals. From the opener Gotta Get Through, this was incendiary. Their agitprop anthems, such as L’Etat C’est Moi, Free The Slave and Brutus were all ecstatically received, as was the black horror of Where No Man Comes. Hate Song, Berlin Wall; there isn’t a mediocre song, no downtime for the exhausted faithful. Brave New World saw the crowd even wilder, and the sullen sensuality of Ramona Flowers was another favourite. One of the most electrifying live bands of the moment, they never put a foot wrong. The heat was almost unbearable; the band dripping with sweat, yet the crowd still went crazy, the pit extending almost to the back of the capacity crowd. Tom Heywood’s black eyes lasted for about two songs before disappearing in a miasma of perspiration. They are breath taking live and despite everything, this was another gig to remember.

The Blinders photograph by Nigel @ Trust A Fox.

Other photographs by Tracy Vose.