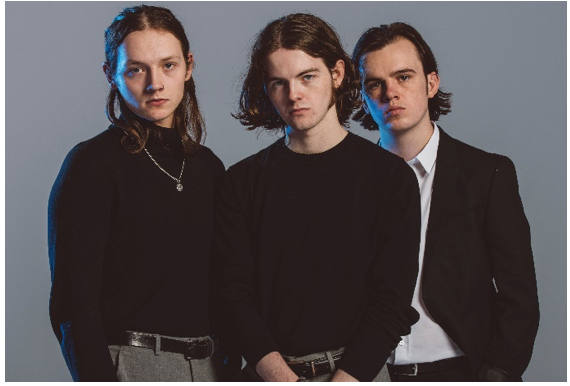 The Blinders who were first written about and championed on LTW are on the verge of the breakthrough.

“The voice of youth: raw, untutored, and telling it like it is” CLASH

“Best band in the country right now. You’d be a fool to ignore them.” CABBAGE
Out 3rd May, ‘L’etat c’est moi’ is the new single from Manchester based trio The Blinders and the second track to be taken from their forthcoming debut album.  Described by the band as “A self-proclaimed war-dance told by the Idiot King himself.  The first-person perspective of a madman, and his obsessive fantasies for power over all, and insolence from none.” The quote is attributed to Louis XIV declaring “I am the state” at the end of the 18th century.

The track is the follow up to ‘Gotta Get Through’ which has been featured heavily on 6 Music (they played their first session for the station last week on Steve Lamacq’s show who described them as “the fastest emerging UK band at the moment”) and hit the number 1 slot on Amazing Radio.   The band have been playing several shows since the start of the year including many sold out dates. The have a busy summer planned live with headline shows in Manchester and London and festivals, many more of which are to be announced.

The track was produced by Gavin Monaghan at Magic Garden Studios in Wolverhampton and is  released on Modern Sky UK.

Doncaster bred and Manchester based, The Blinders are Thomas Haywood (guitar, vocals, word), Charlie McGough (bass guitar), Matthew Neale (drums, backing vocals). Influenced as much by the daily news as music, their impact, even at this early stage, cannot be over stated.

Listen to them on  Spotify