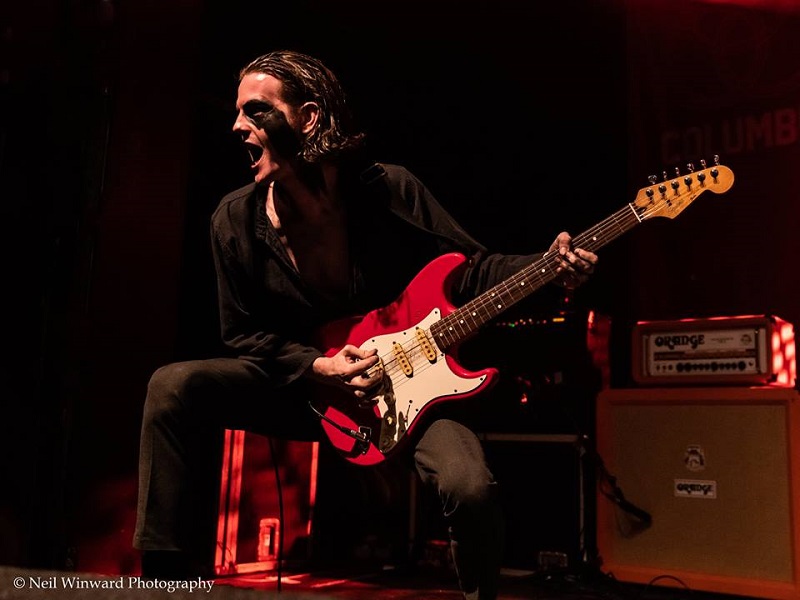 One of Louder Than War’s great hopes for the future of rock and roll – we’ve banged The Blinders’ drum for quite some time. Heck, our own John Robb and Nigel Carr even got a credit on the sleeve of the debut album. Having been duly impressed by Columbia (the LTW review here), Mike Ainscoe now joins the herd on the first night of a new tour  to see what the fuss is all about.

It’s a healthy Louder Than War turn out for a Monday night in Manchester – most of the editorial team are in the building and the after show events leave some in a delicate state of a Tuesday morning  (allegedly). Meanwhile, I’ve done my homework – Columbia has ticked a few boxes, not least in its concession to some moments of unbelievably stomping rock to shake your heads at. At one level, yes it may be a stark condemnation of the state of play of the nation but it’s also a darn fine rock and roll record. There’s nothing like a bit of anger for stirring the blood and invoking a fervour and passion that’s a rare commodity.

Thinking about it, in anticipation of encountering Tom Haywood’s ‘tribal slap’, my personal  ticket stash is full of the names of  bands with singers who  like to wear face paint on stage; a list that might include Alex Harvey, Fish, Mr Stipe, Mr Gabriel, Mr Bowie, Kiss…. so he’s in (good?) company.

All (maybe not Kiss) offered  something exciting, raw, unpredictable, dangerous even and for The Blinders there’s  a hint of  a supreme post-Columbia glow of confidence that they’ve chosen to open their lengthy tour in their adopted hometown of Manchester and offer first dibs, for just over a tenner,  to those who know and those who’re inquisitive. 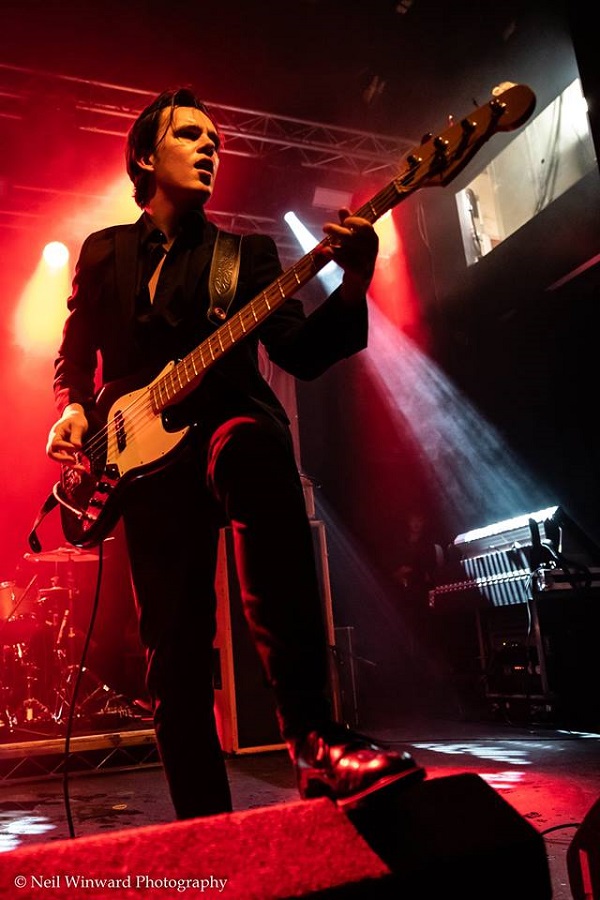 So an interesting demographic rolls into the now sold out Academy 2 – those down the front who are out to clap, jump about, stomp, crowdsurf and sit on their mates’ shoulders, while some of us stick to not quite dancing to the hate song but  nodding heads in approval in the relative calm of the sound desk area. But I’m quite excited, having caught the end of Calva Louise’s opening set and struggled to get eighties Bowie out of my head whilst watching White Room, as the lights dim and an ominous industrial noise swirls and fills the cuboid concrete bunker where a mist of red light descends to hint at some sort of oncoming  assault. The Columbia manifesto blares  out, nerves jangle and  a vague memory briefly flickers for those of us able to recall  the excitement of  the first time the punk rebels started to fight back in the mid and late seventies or when we witnessed the mighty power of Led Zeppelin (and is that John Bonham’s three ring/Led Zep IV  symbol the lads have adapted?)

Indeed there are some mighty riffs churned out over the next fifty minutes; Swine is positively malevolent and while the Glitter Band swagger of Rat In A Cage and Brave New World might give them a shove through the doorway into mainstream exposure, they’re also set to become the  marching anthems towards  that brave new world beyond the horizon where The Blinders will fearlessly lead us. Tonight the tanks are filled  enough to keep them going for a set saturated with an urgent  primal charge that peaks with the  wild climax of Brutus. It finds Haywood preaching zealously amongst his congregation when, back in the day it might have been the cue for some gratuitous thrashing or even setting fire to the instruments in the name of art – these days we’re more cost conscious and there are a few gigs to get through.

And that’s yer lot. House lights on, we file away to consider how the Columbia album tour seems set to confirm what many already knew. It’s the next step on the path for a band laden with significance. Surely final confirmation – an appearance on Jools Holland – is a matter of time. 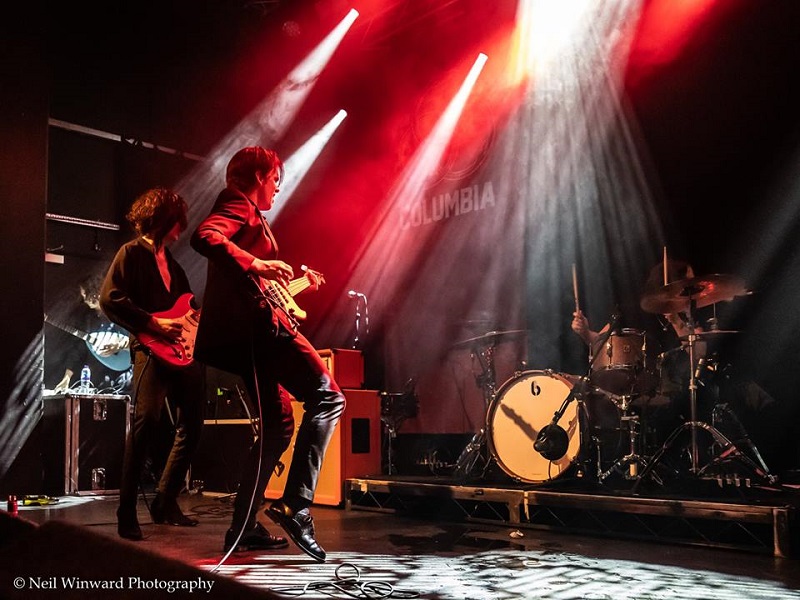 Live photography courtesy of  Neil Winward who is on Facebook