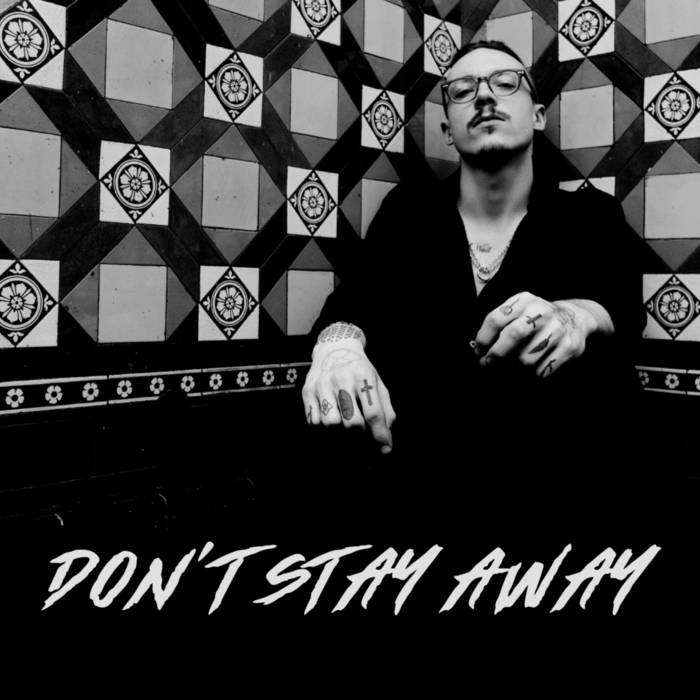 Bleek Noir is once again out amongst the people, treading the boards (a smart-looking support slot with Lincoln Durham at The Underground in Bradford up next on 6th Sept)  whilst teasing a new five-track EP that’s patiently awaiting release.

It may sound strange to report that the new EP was recorded in a studio, but it’s what Christopher Fox reveals as: “the first Bleek Noir record to not be engineered by myself in several undisclosed locations.”

The songs have been co-produced and engineered by Mark Walker (“who I’ve walked with on and off since my first studio experience at age 12”) with the aim of creating a more live-sounding record. “We replaced the 808 drum machines with Arabic percussion, which I played myself, and the moog synths with bass guitar. Marrying the signature angular Bleek Noir sound with a Rockabilly swagger, the new EP, Throw Yourself Inside, presents Bleek Noir as you’ve never heard it before,” he proudly declares.

Having had a sneak preview of the five-track EP, the single Don’t Stay Away sets the scene perfectly. Although immediately familiar, there’s nothing safe about the juddering Safe. The swing and swagger of I Don’t Remember may well pay tribute to one of Chris’ musical heroes and as he sings about smelling depravity like an itch too deep to scratch in Come Have At Me, the customary Bleek Noir shrill angularity breaks in incessant waves. By contrast, there’s an easy-paced melancholiness about I Came To You By Railroad that brings the curtain down on another, never anything less than beguiling,  Bleek Noir journey.

The EP has already been showcased with the release of the Don’t Stay Away single.

Watch the music video for Don’t Stay Away:

You can buy Don’t Stay Away on Bandcamp here