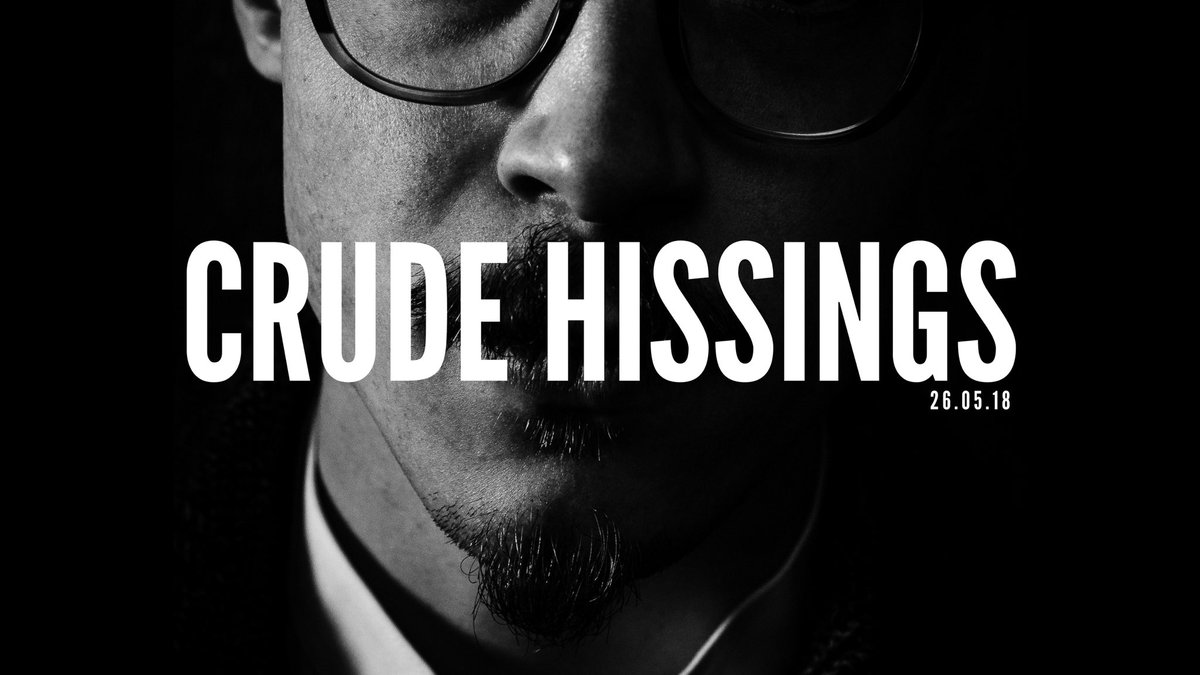 Be prepared. He’s back to mess us up again. The latest instalment in the Bleek Noir series.

Anyone who took a peek into the world contained within Bleek Noir’s Garden De Sade back in February (the EP reviewed here) will have a heads up on what to expect from Christopher Fox’s frequent spins on the unnerving carousel ride he calls Bleek Noir.

We called the Garden De Sade a continuation of “the evolution of Chris Fox as an alternative and unique presence.” Although he’s an artist who admires the work of that controversial little tinker, SP Morrissey, Crude Hissings is, in the words of Bob Dylan, a case of him keep on keeping on as he twists and distorts his visions in yet more oblique and abstruse directions. Liek Baron Frankensten, he’s patching from hither and thither in  slowly creating his monster.

Four songs do his bidding. Where Do I Go? returns to and revolves round the manic aside of “the sound in my throat of an engine turning over” while I Smell Murder feels like an inexplicably odd dream where there’s a bizarre coming together as Suggs and Madness take a ride on the Specials ghost town fun bus. As he professes, it’s definitely a rum business. If only  Peter Greenaway were looking for a new soundtrack for one of his decadent creations. The quivering and hairs breadth short of hysterical  “I’ve only known the darkness in everything” precedes the key phrase that should be marked in the annals, or even on the Bleek Noir tombstone – “When I do anything I do it dark.” Classic noir-ism.

A dose of sprightly fun and funk – maybe Nile Rogers has been on the player and subconsciously given a hand – lends itself to I Cower Too before there’s just enough time for a song for bedtime; a eulogy to Black Betty (although NOT the one you’re thinking of) gets crooned alongside a distorted passage of overamped, twisted and buckled guitar. Feel yourself nodding off to the sound of fizzing amps as you “looky look yonder”? Not likely. Hello and welcome to restless nights.

Although we may have namechecked Morrissey and quoted Dylan, it seems apt to close the current chapter with the prophetic words of those eminent gentlemen of Genesis when we urge Bleek Noir to ‘keep it dark’.

Here’s a tease of what to expect from Crude Hissings: