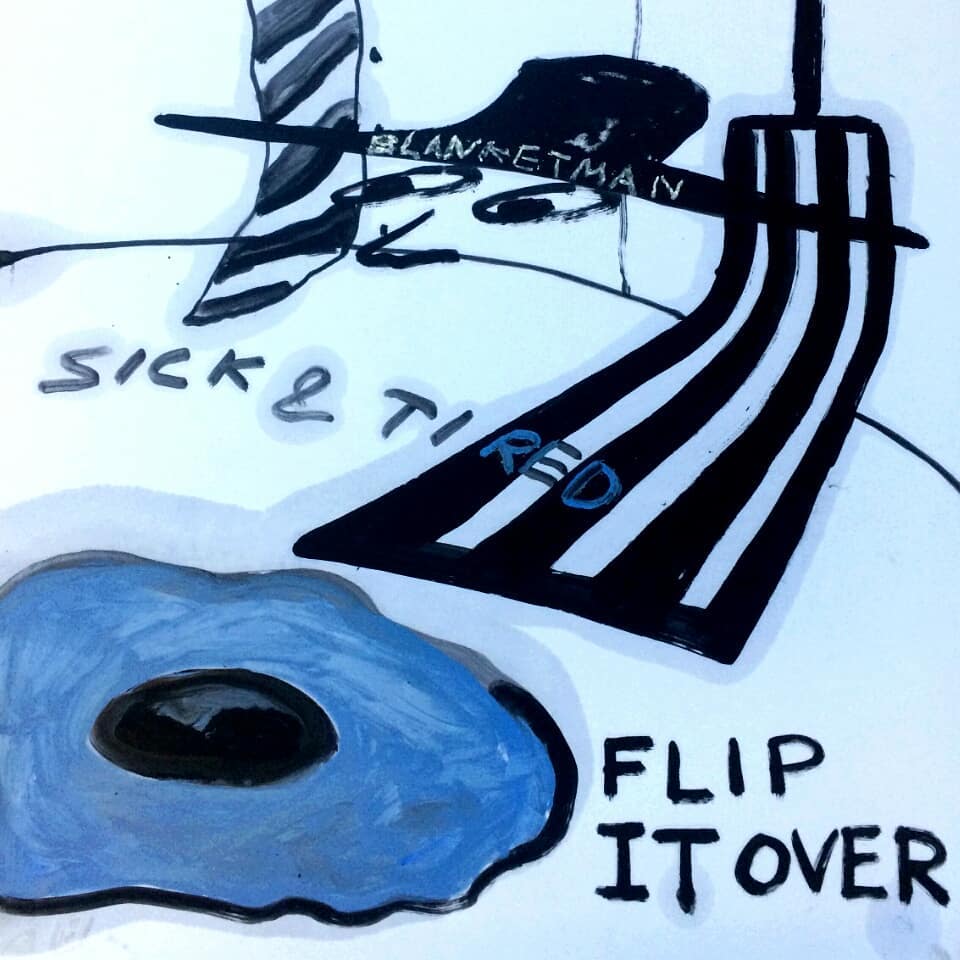 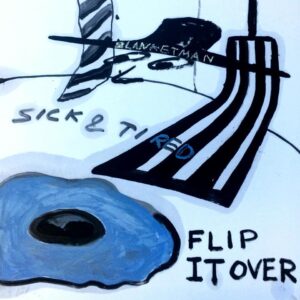 Another Manchester band that are starting to makes waves has arrived and they’ve been working hard. Three supports slots with Brix & The Extricated, Fall legend Steve Hanley joining them on stage and numerous gigs around the city. Wayne Carey says welcome to Blanketman.

I first caught these guys at The Ruby Lounge supporting Brix and had a good feeling they would be sticking around due to their vibrant energy and a frontman bizarrely looking like the son of Ian Curtis, his guitar almost touching his chin whilst he battered it. This new song Sick & Tired moves on from their pretty frantic debut The Long Arm Of Entrapment. It starts with a nice droning guitar sound reminiscent of Galaxie 500. Then the tribal drum sound from Ellie kicks in as do Adam Hoppers lyrics which are probably aimed at power figures he’s angry with. It goes all Velvet Underground in their own style and just builds and builds throughout. It’s dark industrial like post punk with that touch of a psychedelic undertone to make it stand out from the norm. Ones to watch.