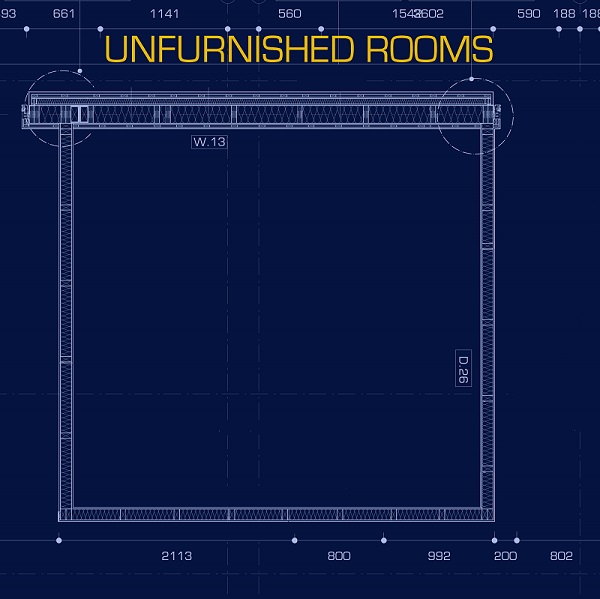 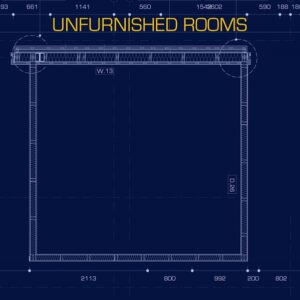 It’s been quite a year for Neil Arthur, the now sole permanent member of Blancmange, the act with its origins in the early 80s now firmly established in its second coming. Re-releases of the first three Blancmange albums in superb deluxe form and a collaboration with Benge as Fader for their excellent First Light album preceded this latest release, Unfurnished Rooms.

Benge once more appears, this time as co-producer and one could quite easily assume that a more permanent fixture with Blancmange might be on the cards. There’s clearly been an influence on the direction taken by Arthur, last year’s Commuter 23 album (see review here) saw him carry on down a darker path and that journey has continued with this new ten track collection where Benge has added percussion and analogue synths.

The black humour is still an ever present, sometimes gelling itself to a wicked perspective whereby Arthur’s lyrics fall somewhere between fun and serious, and often struggle to separate. It’s an interesting form and one which suits him extremely well. This new album is often sparse in presentation, allowing the textures of both voice and melody to carry each track along. The album opener and title track explores a house waiting to be inhabited, emptiness prevails and a blackness descends.

Share It Out is a near instrumental, as ever with Blancmange, a risky one with no obvious catchiness, it drifts along until the line ‘I could be your ocean wave’ softly sings before the sounds of an electro Bolan come into view with the spoken word What’s The Time? It’s brilliant, simplicity personified and sits as a wonderful entrée to Wiping The Chair a song themed around long last friends and, Anna Dine continues the dark theme amidst a spiralling backdrop of synth lushness and characteristic bass lines.

Old Friends has a Strawberry Fields/Penny Lane feel to it. A song written in a traditional style with classic twists and turns allowing it to sound almost like a cover of some 70s standard with that undeniable Arthur effect. It could quite easily have a sweeping bank of strings behind it as it approaches its close. Conversely, when long-time friend and collaborator David Rhodes rips his guitar open on Gratitude, the Blancmange party is in full swing. Once more a Glam influence meets a punkesque anarchism with some delightfully inserted reverb. It screeches and screams as Arthur too becomes electro punk for a while.

Album closer, Don’t Get Me Wrong is the predictably unpredictable Blancmange. John Grant guests on piano and backing vocals and Arthur keeps a beautiful resistance by allowing the track to drift in and out seamlessly and in a dreamlike state. It touches on the preceding tracks too, cleverly intertwining themes of secrecy, loneliness and lost friendships and at over eight minutes long is a wonderful finale.

Unfurnished Rooms is a clever album. It sees Neil Arthur on top form and putting together a listening experience that has taken thought, passion and a great deal of bravery. This is mature music for the inquisitive mind and an album that marks a milestone in modern Blancmange whilst also delving confidently into the past.