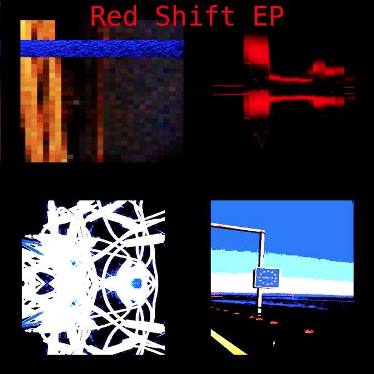 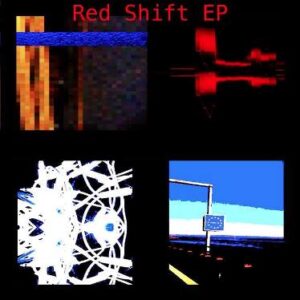 I love vintage drum machines and that’s how the title track Red Shift this opens up this EP, with some cute little analogue drum sounds accompanied by swirling synthesizers and a total rock riff on electric guitar. It leads into a hypnotic vocal loop of poignant lyrics that take you through to the end where it all breaks down in what sounds like some creepy horror film soundtrack.

Judge Mental starts with its 80’s fused synths and electronic drums covered in my favourite kind of portamento. It has a real plodding, sludgy feel to it which is great for an electronica track with electric guitar. Haunting vocals carry it through nicely covered in delay and reverb and sound not too dissimilar to Jarvis Cocker in places. Jack Knife keeps the same slow, electronic tempo as the previous tracks and has a bit of Bowie influence to it in the melodies mixed with a bit of early Pulp who are a band who seem to be cropping up a lot recently it would seem. It has a lovely guitar solo played very gracefully with lots of sustained notes ringing out into the universe and it almost turns into The Flaming Lips or Mercury Rev towards the end and is definitely the standout track on this well considered EP.

Last Night (I Dreamt I Had A Job) besides having a great title begins like Kraftwerk meeting Suicide at a Can concert, Neil Arthur singing about a dream he had about packing boxes and then blasts out into a driving jam that really gets the feet stomping. It’s simple, uncomplicated music that clearly shows Blancmange still enjoy making sounds and putting stuff out because, quite frankly, why the hell wouldn’t they? It’s a solid, nostalgic, electronica fuelled space jam for the 21st Century.