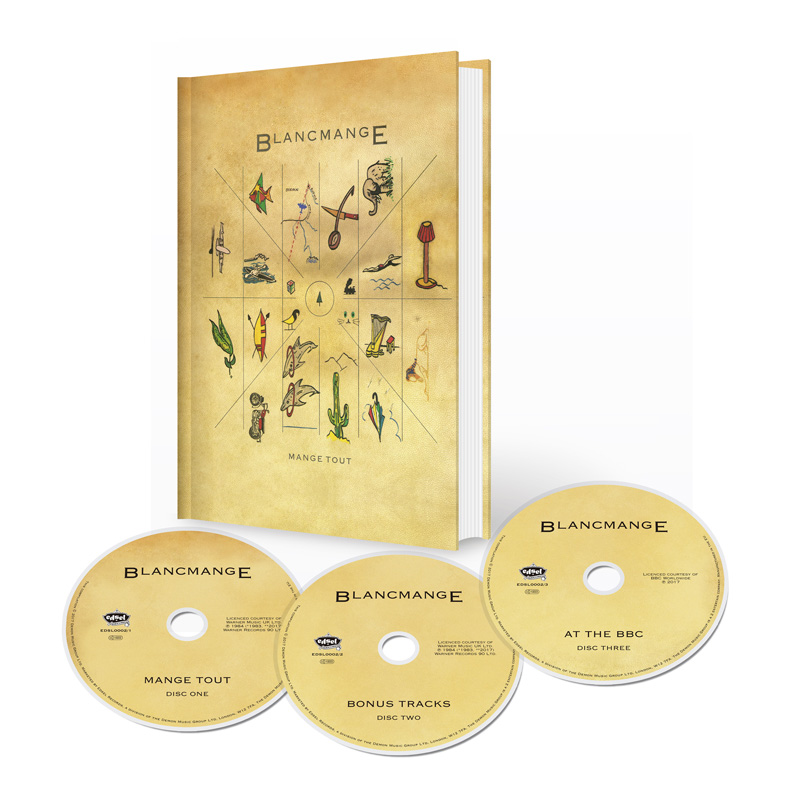 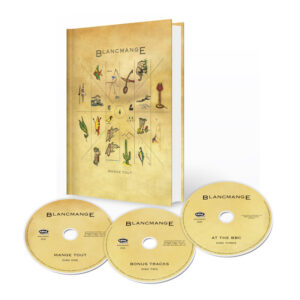 Following the eclectic debut Happy Families was always going to be a hard task in the wake of chart success in the form of Living On The Ceiling and Waves. The cleverly titled Mange Tout turned out to be Blancmange’s most successful spurning two top 10 hits with Don’t Tell Me and Blind Vision as well as other hits That’s Love That It Is and The Day Before You Came.

With Mange Tout, the rough edges of Happy Families had been firmly smoothed to a more pop oriented sound mainly attributed to John Luongo (The Jacksons, Sly Stone, Gladys Knight) who produced most of the album. Blind Vision gave us the almost iconic bass driven Blancmange sound and, from the opening seconds it is instantly recognisable as their own. The funky guitar of David Rhodes and remarkable percussion from Bashira Johnson helped give the track a frenetic feel with a synth riff perfectly pairing up to the powerful sound of The Uptown Horns. Neil Arthur’s vocals, often seemingly shouting and Stephen Luscombe’s clever synth programming resulted in one of the bands most popular tracks to this date.

Opening track, Don’t’ Tell Me was the albums third single and climbed to number 8 in the charts. It was poppy and catchy and maybe came the closest to repeating the Eastern sound of Living On The Ceiling with the return of Pandit Dinesh (tabla) and Deepak Khazanchi (sitar) adding an authentic sound. The single had a towering chorus and dance feel which catapulted the single into the media sights. Added ‘weird’ effects including a tonally increasing dub effect and Arthur’s high pitched murmuring embossed the bands slight peculiarity.

Where Mange Tout excelled was in the quality of tracks away from its singles. Game Above My Head became a live favourite and the incredible sound of Murder gave a peak into their darker sound and side which would become prevalent in their ‘second coming’ with 2011s Blanc Burn. Bobby Collins and David McClymont added some great bass work to each track respectively. It seemed that Blancmange had gone from their quirky debut long player to an even quirkier follow up but with added pop sensibility.

That’s Love That It Is remains one of their finest moments. It’s often psychotic, over-the-top bombardment of sound and vocal really shouldn’t have worked but it did, and with great success. Despite its low chart placing, it became an alternative classic and testament to the duo’s insistence on making powerful, grown-up music.

The eclecticism of Mange Tout is added to by Time Became The Tide and See The Train. The former with a beautiful backing from a classical quintet of violins, viola, cello and flute and, the later consisting merely of a bank of Arthur vocals made to sound like several versions of the singer. A cover version of Abba’s penultimate single, The Day Before You Came closes the album and an accompanying video featuring an endorsed clip from the Swedish super group appears to show Agnetha Faltskog sitting opposite Neil on a train.

The De Luxe version of Mange Tout then comes into its own with longer versions of three tracks on disc one together with Vishnu which would later see Luscombe form The West India Company and a Martyn Ware demo of Blind Vision.

Disc two contains fourteen tracks again featuring extended versions and demos. The demo of Murder is particularly interesting as a raw and preliminary piece and goes somehow to show how the track evolved. B-sides are also present with Get Out Of That showing the slightly offbeat and humorous side to the band.

With a David Jensen session from 1983 on disc three and a twelve track live performance from the Hammersmith Palais in 1984 containing much of Mange Tout another chapter comes to a close. The harsh sounds of Happy Families were trimmed and a more accessible pop friendly sound had emerged whilst keeping the distinctive uniqueness. A great album made greater by unmissable additions.

Listen to this! Grids & Dots release new single The Great...

Blabbermouth Vs Lachlan Young: The Edge of Reason – album review