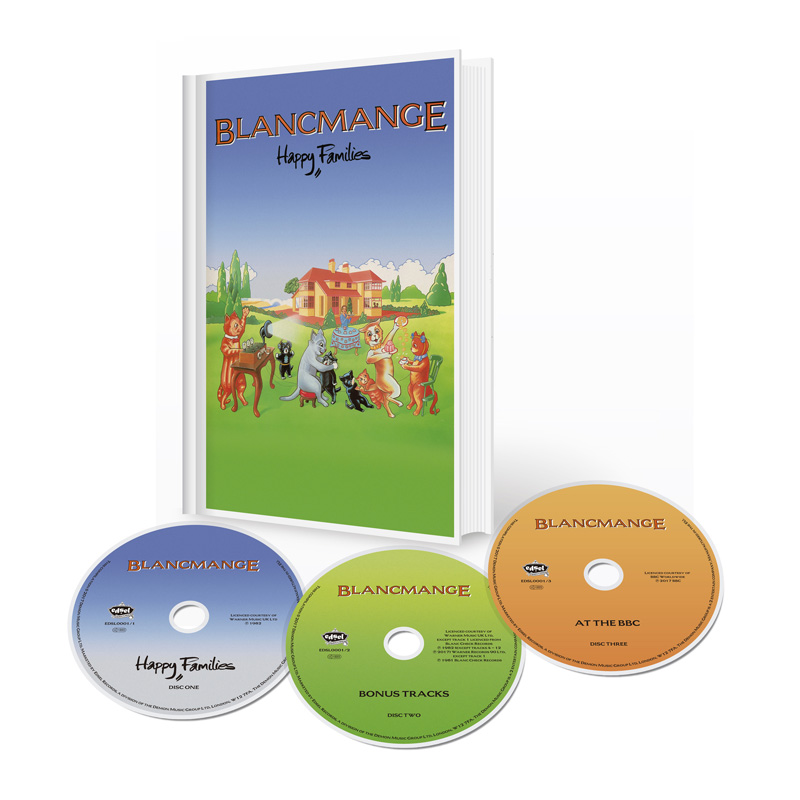 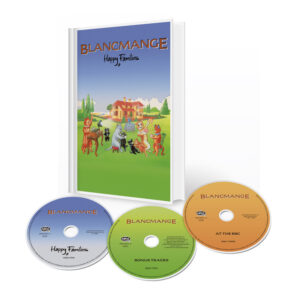 Electro pioneers are given the deluxe treatment of their first three albums. Louder Than War’s Paul Scott-Bates reviews their debut.

When Happy Families arrived on the music scene in 1982 it marked an initially short if not massively influential career for the combination of Neil Arthur and Stephen Luscombe. The pair, who had formed Blancmange three years earlier together with Laurence Stevens (who left the band almost immediately) had already released their seminal EP Irene And Mavis and were newly signed to London Records.

The reaction to the album was mixed. In a time of highly commercialised music it represented a combination of perfect pop and experimental tracks and largely confused the music press who couldn’t quite grasp a band that wouldn’t conform with their almost punk attitude.

Album opener, I Can’t Explain set the scene perfectly with its Talking Heads influences it was a high-powered bass driven affair with chaotic voices and chanting (provided by Stevie Lange and Joy Yates) which would almost become a Blancmange trademark. Second track and second single Feel Me endorsed the sound, it’s anarchic feel with the additional vocals of Madeline Bell who had previously worked with Dusty Springfield, The Rolling Stones and Donna Summer, provided a near atomic sound which sounds enthralling to this day.

The album’s first single, the double A sided God’s Kitchen/I’ve Seen The Word couldn’t have shown two more contrasting sides. The former against displayed the raunchy, dismembered sound almost seeing Arthur lose his temper against a backdrop of unique programming from Luscombe, the latter was as ballad-like as Blancmange get with a melodious contribution – it’s no wonder the media was confused and unable to pin them down.

Influences from Joy Division, Devo and Cabaret Voltaire were not a million miles away and when Living On The Ceiling was released as their third single from the collection it gave them their first hit. Peaking at number 7 in the UK charts it was, and remains to this day, a classic tune and one that is instantly recognisable from its first tones keeping Arthur’s Ewood Park season ticket assured for the rest of his life.

Where Blancmange differed was in their use of Eastern influences and musicians. Pandit Dinesh and Deepak Khazanchi provided tabla and sitar respectively and their contribution to Living On The Ceiling added a spin that has been emulated but rarely bettered. David Rhodes (Kate Bush, Peter Gabriel) also added his unique guitar playing to several tracks.

The remaining single, Waves (re-recorded with an orchestra) gave the duo their second top 20 hit and firmly established them as one of the prominent acts of the day. To add to the ‘confusion’ Sad Day, a guitar led (by Arthur) instrumental slotted into the middle of side two.

The De Luxe edition is one for shopping list. Disc two brings us b-sides, rarities and remixes, the demo versions of several songs are particularly interesting with some of them bearing little or no resemblance to the finished tracks, and Waves b-side Business Steps sits nicely the extended version of the colossal Feel Me. Perhaps the inclusion of Irene & Mavis would have been interesting too but is merely splitting hairs in a conclusive compilation.

Disc three is made up of BBC sessions for John Peel and Dave Jenson together with a live recording made for Radio 1 which was originally broadcast in tandem with a performance by the emerging Depeche Mode, all of which confirming what an outstanding live act Blancmange are.

The mould was set for Blancmange. Happy Families is a cult classic and this updated release only serves to confirm its status. One for devotees, one for music fans and one for anyone with a vague interest in electronic music. Indispensable.