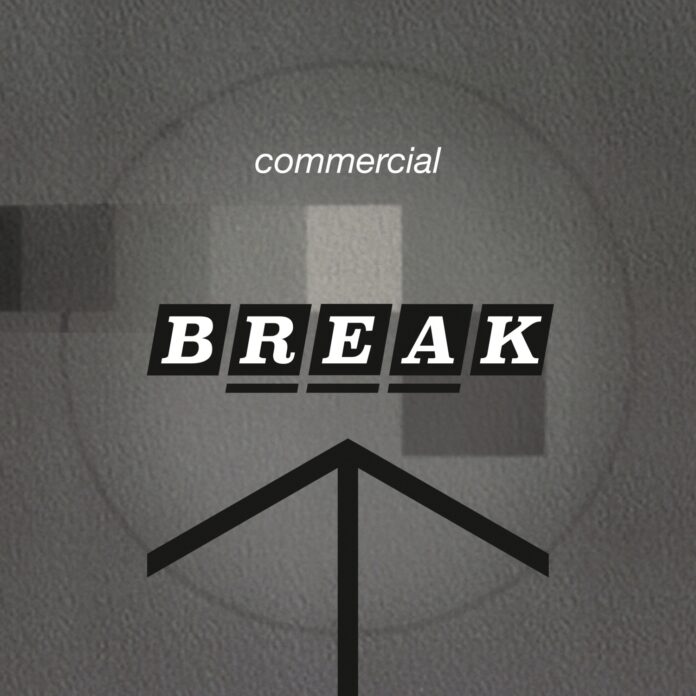 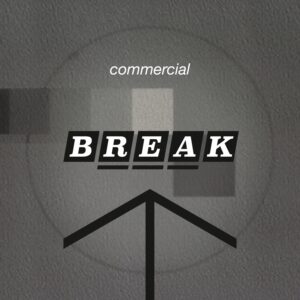 Forget that. Blancmange haven’t ‘returned’ as such, they never seem to be away nowadays. Commercial Break is their fourteenth album but most notably, the eleventh in ten years and, sixty-something Neil Arthur shows no signs of slowing down.

With a highly influential pop sound in the eighties, Blancmange now present a more mature sound, adult-pop if you like – maybe appealing to the fans that originally followed them first time around. Either way, Arthur and regular Blancmange-ite Benge, continue to break down boundaries and move forward beyond the times.

Commercial Break unsurprisingly, was borne out of the (n)ever-ending pandemic that has hit everyone over the last eighteen months. Instead of stunting creativity, it seems to have ignited ideas and new ways of presenting sound. With a host of field recordings (electric saw, dishwasher, water pump, waves [pun intended]) used in either their original form or in a manipulated fashion together with access to the vast array of Benge’s keyboard collection and analogue methods, the album retains interest and further listens from beginning to end.

Arthur’s lyrical ramblings moving between near nonsensical to clinical observation are a joy to behold. Everyday moments and occurrences make the listener engage and smile with similarities to their own life. This A State quotes “‘the memorial lawn needs cutting/so does my hair” and the title track references 70s kids TV (wait for the audience to shout ‘Crackerjack’ on the forthcoming tour) with a dark hypnotic groove that suits perfectly.

Dog Walk In A Cloud documents a journey by foot in extreme detail, often provoking a smile as a simple story unfolds before our ears. It’s this incise observation that undoubtedly makes Blancmange unique. The instrumental Empty Street transports erstwhile fans back to Sad Day from 1982’s Happy Families album and acts as a comforting bridge between tracks (and the past). Strictly Platonic is nothing short of beautiful.

Blancmange may not sell-out arena tours or regularly appear on high profile television shows but, their contribution to today’s music catalogue should not be understated. They are as relevant now, if not more so, than ever, continuing to experiment and bring that ‘missing something’ to their work as five near-instrumental tracks bring the album to a close.

Irene and Mavis would be proud.