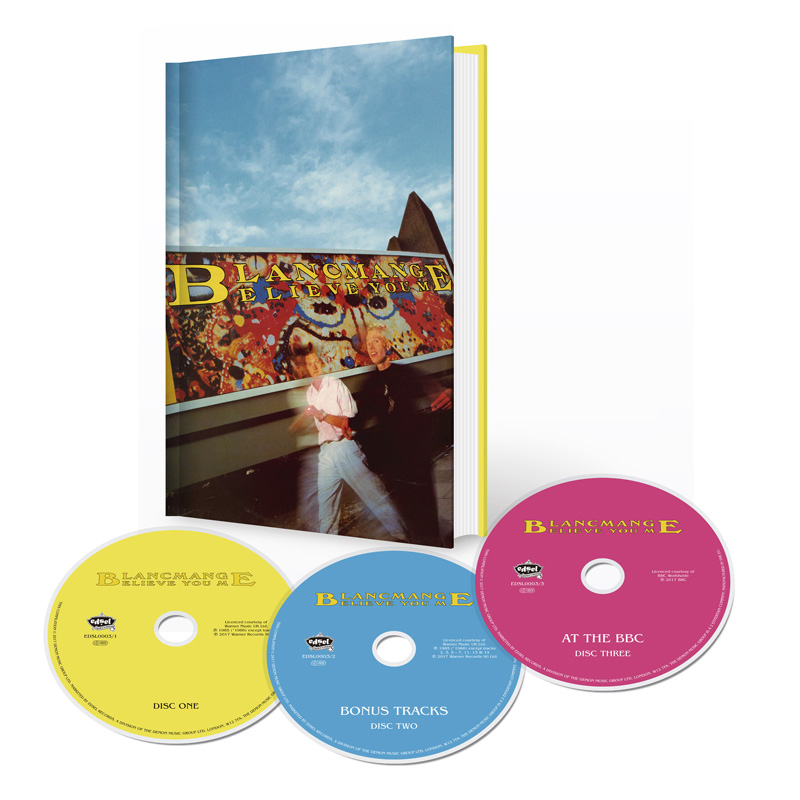 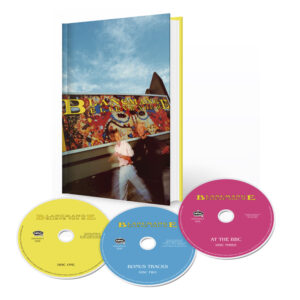 In the wake of the mighty success of the second Blancmange album Mange Tout things were seemingly on the up for Neil Arthur and Stephen Luscombe. Unfortunately, the fickle and disloyal record buying public had other ideas. Believe You Me peaked at number 54 in the album chart and whilst it spurned three singles only one of those, What’s Your Problem scraped its way into the Top 40.

It was a shame as the album was filled with absolute gems and remains a truly underrated album to this day. Produced by Stewart Levine (BB King, Boy George, Killing Joke, Lamont Dozier) it raised the bar in terms of sparkling production and should have seen the band catapulted into the next level of success. Perhaps it was angled at the American market with shiny guitars and a rockier edge and the British public weren’t ready for the leap or, maybe it will just remain one of those incredibly inexplicable mysteries.

Opening with two singles, Lose Your Love an immediate singalong track with a wall of sound and a toe-tapping chorus that is difficult to shake and, What’s Your Problem another typically Blancmange track with a chorus that really didn’t kick in until the latter half of the track, it is clear that it is an album of promise and hope.

Why it didn’t take off is a mystery as it combines the best elements of the band’s first two albums but with an advanced production. Paradise Is could quite easily have nestled in amongst the remainder of Happy Families and Don’t You Love It All may well have been scheduled for a single release had things been slightly different. Believe is nothing short of stunning and Lorraine’s My Nurse saw the sort of beautiful string arrangement that had become commonplace on Blancmange’s previous albums.

Although the album curiously ended with two instrumentals, the high-powered Other Animals with vocals from the London Community Gospel Choir maybe hinted at what was to come with the bands final single of their 80s incarnation when its feel was applied to Why Don’t They Leave Things Alone?, a medium paced tune about the state of the World and was given what can only be described as a complete destruction an re-piecing together into I Can See It. The song became arguably the bands finest single and the 12” extended version (included as a bonus track on disc one) was nothing short of superb. Ending the band on a high wasn’t in question.

Also included on disc one is Mixing On The Ceiling, a ten and a half minute medley mix of the bands singles providing an introduction to their music if ever there was one and, two extra versions of Lose Your Love (7” and Club Mix). Disc two continues the theme of the deluxe reissues with remixes and versions but also includes eight demos of b-sides and album tracks which is once more completely enthralling and the 7” version of I Can See It is simply lush.

Disc three’s ‘At The BBC’ collection comprises of a Janice Long session from September 1985 and a fourteen track live set from the Hammersmith Odeon recorded in February 1986 with tracks from all three of their albums. Another quite brilliant collection from one of the UKs most affectionately remembered groups of the 80s recalling the words of Moby “probably the most underrated electronic act of all time”. Quite.