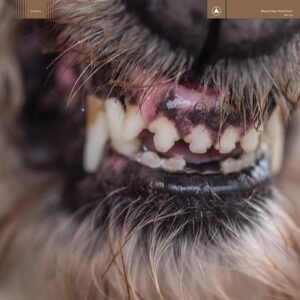 ‘Please’ is the lead track from the third LP ‘World Eater’ by Blanck Mass aka, Benjamin John Power who is one half of the almighty Fuck Buttons. Taking inspiration from previous work and keeping to the ‘less is more’ attitude already championed with Fuck Buttons, this is music that is again minimalist, yet fucking loud. Noisy, yet tuneful. Repetitive, yet it gets under the skin.

Starting off with a gentle electronica sonar-esque bleep , the music builds and builds to inhabit the female vocals that slowly come in to create the rhythmic beats. These vocals carry on and on until they spiral out of control and a new texture is are met with the emerging male vocals that are shaman esque and preachy in their delivery.

The scatter gun noises and effects build and build almost organically. And the mixture of male and female vocals intermingle to create a track that is very danceable and one of the best electronic records i have heard this year.