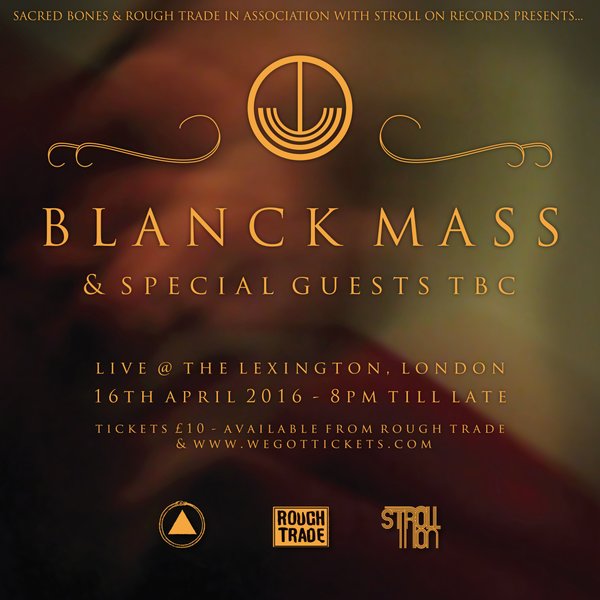 Keith Goldhanger wonders why this form of electronic dance music isn’t as huge as he would like it to be.

Dear Michael Eavis or Emily Eavis or whoever sorts these things out (probably a bloke called James in an office in the middle of Shoreditch). Please get MUMDANCE to recreate what he has just done here in-between FOALS (or whoever it may be) and Muse during Glastonbury in the Summer.

No one will mind or maybe even notice if the person with the volume knob eases us slowly into this and I reckon after about half an hour one by one people will be so geared up their heads will pop. Don’t put on Blanck Mass on tho’  because that’d divert everyone’s attention too far much. Put Blanck Mass on around the corner in a tent about half an hour after Muse have started.

Half an hour of Muse will do for some of us thanks.

I’ll watch half an hour of Muse before seeing Blanck Mass please.

Can anyone sort this for me?

Some of us believe these things are possible and equivalent joy has been experienced in the past.

Remember the Olympics four years ago when someone got Danny Boyle to sort the opening ceremony out and he included all those weird bands Peel had been playing before his death ? No one except us nerds really noticed Fuck Buttons of course, and some of us didn’t realise until recently that half of that duo, the half we stand in front of this evening who has been entertaining us under the guise of BLANCK MASS had their music aired during the same event also.

Celebrating our National Health Service, The Industrial Revolution and of course, one of our greatest contributions to the world, Mr Bean were what people remembered.

This made us proud of being British without having to  acknowledge the tabloid newspapers who were lost on the whole thing until someone mentioned the fucking Beatles and The Spice Girls a couple of weeks later, by which time we were all dancing in fields up to our ears in special cake , celebrating another hot summer and nodding furiously to some really brilliant electronic music that didn’t just go boom boom booom but went whizzing around our heads on a detour as we lost our shit big time (and paid no attention whatsoever to things like long jump and running fast competitions) and returned a few days later to our thoughts about the cost of it all and what we would do with that big Velodrome at the end of the street.

Saturday night and everyone’s been buying records all day. It’s time to neck a few drugs and dance to this fantastic electronic dance music the likes of us have been listening to at home, experiencing live once or twice but realising that once or twice has really not been enough.

On entering the Lexington there’s a bloke in the corner with a laptop on his knees. He could be the opening turn for all we know but more likely he’s sending his mum an E-mail.  Up high to the left of the stage is a man hidden behind a red light making all kinds of bleeping noises from whatever it is he’s standing in front of. People around the front of the stage chat between themselves, discussing the footie, introducing their acquaintances to each other and ignoring the fact that there’s a bloke up there called  MUMDANCE in control of the music.

The mind wanders as at least one man in the room starts getting flashbacks to those dark days when strange people in foreign cities used to turn up at gig’s with big tables , plonk piles of electronic gadgetry on it, wire it all up badly and grin inanely as they amplified the racket at ear splitting volume to whoever couldn’t get out the room. We’ve moved on from that now we learn as about ten minutes in we realise this is getting into a groove…a bloody fab one at that and those paying attention begin to sway, nod, swing around and wonder how to tell those standing around nearby to shut the fuck up. From spending five seconds between the first couple of numbers mumbling “Please don’t anyone start clapping this”, we realise that this particular Saturday night at the Lexington is slowly, very slowly metamorphosing into a glorious fucked up let’s dance around and go mental  event.

“This is fucking brilliant not rubbish after all. . . “ You can hear the odd person say.

These first ten minutes made one of us consider going back home to watch Casualty. A few days after this gig we realise we’ve been drawn towards the tunes this bloke has thrown up on the ‘net.  MUMDANCE, who is probably not called that by his own parents was making a fabulous noise. Noise that in short bursts all seems to blend nicely into one another whilst getting us prepared for BLANCK MASS who arrives, flicks a on switch or two and really gets the night into full swing.

Layer upon layer of digital feedback, throbbing and repetitive loops, squelching voices that may not even be voices that all blend into one another releasing odd moments of beauty and long moments of music the listening individual just wants to throw themselves into and maintain this feeling until the sun comes up. This is top quality fucked up dance music that doesn’t sound like Left Field or Orbital or The Chemical Brothers etc. This is dance music the masses haven’t cottoned onto yet it feels. If it was then surely we’d be in a big tent in the countryside dancing and waving our arms in the air by now and looking for a cup of coffee as we leave not a number 73 bus.

Sod all that guitar nonsense we say on the way out. The music of Blanck Mass is providing some of us with the best soundtrack in the world EVER.  These blokes have a catalog of tunes available out there and they’re all full of electronic oddness. Go and have a look for some of it. Maybe one day this’ll be available in a massive field that does go on for hours.

An hour tonight was certainly not enough.