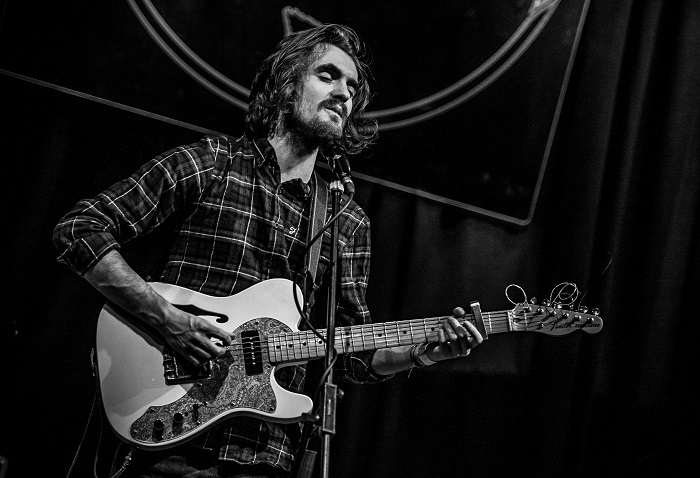 On the cusp of the release of his third album (LTW review here) Blair Dunlop’s gig at Manchester’s Band On The Wall was part of a short promo tour to bed the new songs into the set as well as allow those in attendance to grab a copy of the new album a few days ahead of release. Cash flow in action. Possibly one of his favourite venues some might recall him mentioning on his last visit . Needless to say, he turned in a performance to show the natural talent which surely sees him just biding his time before he steps into the big league.

It was a night when his mind might not have been on the gig – as a  Tottenham fan  he didn’t even mention the pressing matter that his team had a vital match to win to stay in the race for the Premier League title. Very professional especially as he would have had to do his best to try to hide his disappointment at an unfavourable result.

Flanked by drummer Fred Claridge and Jacob Stoney on keyboards, the latter  providing a little bassy depth to the sound while the organ added a open country feel on the odd occasion, they’re a cracking little band. Vocals from all three made sure that Blair’s voice had subtle  backup in showcasing the new material whilst also not dominating so allowing it to shine on its own.  Namechecking Manchester and Joy Division  in ‘Castello’ – a new songs premiered in town at the Deaf Institute last year – there seems to be an affinity with the city to the extent of even recording the album across at Blueprint Studios  in town. 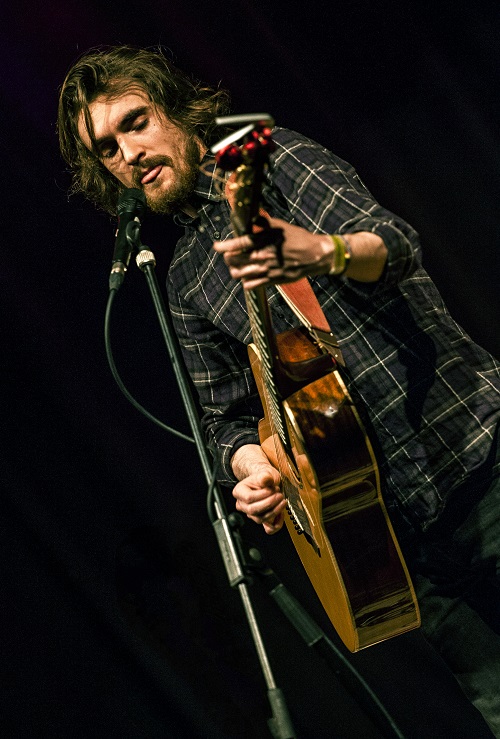 When he sings about everyday things like dressing up and cruising the luxury car dealerships, about his love of Italian football or simply taking his mum to National Trust properties (at least it spawned a song and a chance to use ‘hydroelectricity’ in the chorus) he seems grounded; uncomplicated and lacking any pretentions. ‘Up On Cragside’ (the National Trust one) fairly rocked along, that organ again providing the  spark to pick up the tempo as well as offer a reedy organic sound. On the other hand,  you get songs like  ‘I Don’t Know’ where he shifts focus to something akin to a melancholy  confessional, where he gets deep into the personal psyche and opens up – something which is starting to appear as a real trait and strength of his development as a songwriter

However, he’s a musician too and has the ability to suddenly shift  to a different level when he plays a couple of pieces solo – a chance for Fred and Jamie leave him alone on the stage for a mid set  solo spot and to observe and marvel at his guitar playing while they take a breather. Or maybe Fred is sorting the open tuning on a spare acoustic. (“not bad for someone who just hits things…did you hear that?” was the Dunlop quip).  Actually they’re probably watching from backstage as for ten minutes Blair Dunlop gives a masterclass and justifies the claims that he may well develop into the next national treasure a la Richard Thompson. A run though of the new ‘No Go Zones’ alongside the first album’s stunning ‘Blight & Blossom’ the great man would surely have approved. Probably the highlight of the evening. There’s the lure of a special guest should the band get an encore shout but with  Jamie Roberts and Kat Gilmore in the audience, he calls instead on a previous gig support  Jack Carty for a duet on a song so good (Honey, Do You Know The Way Back Home)  the Dunlop band have nicked it for themselves, before they folk rock out on ‘45s’ from his last album.

Watching a young musician develop is always a pleasure and there must be a whole shedload of people, fans, musicians and those in what’s left of the music the industry who will be licking their lips in anticipation at the thought of following the path Blair Dunlop is treading. 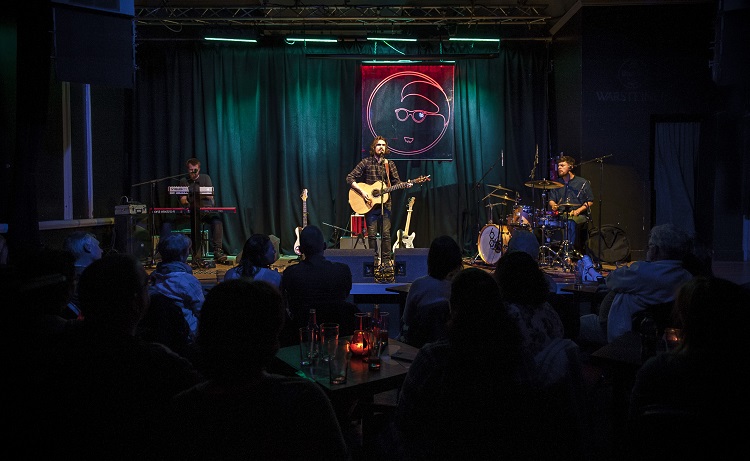 Words and live photography by Mike Ainscoe. You can find more of Mike’s work on Louder Than War at his author’s archive and his website is www.michaelainscoephotography.co.uk