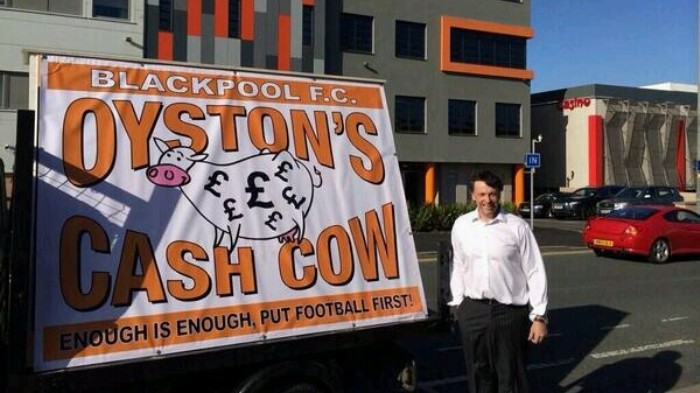 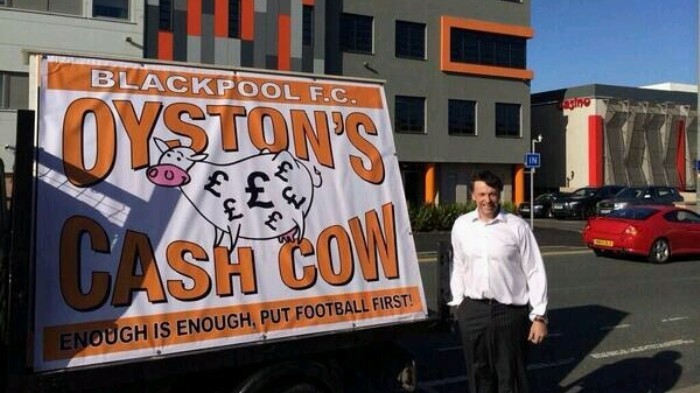 For information on this weekend’s demonstration where fans from all clubs are not only welcomed but encouraged to come please go here.

Blackpool FC fans unhappiness with their owners – the Oystons – has been well documented over the media and the internet over the past few years.

The club, who are on the brink of of their second relegation in two years have somehow slipped form the Premiership to Division 2 (real name Division 4) in 5 depressing years. It’s not the relegations that hurt as much as the manner of the relegations and the atmosphere around the club that has even seen players like club hero, Brett Ormerod, hold his testimonial at nearby Fylde FC because the atmosphere at Bloomfield Rd was ‘toxic’ (non league Fylde FC are a club that Blackpool could be playing in 12 months time if they get the almost inevitable next relegation to the conference).

It’s hard to articulate everything that is going on at the club as the owners are famously litigious having sued many fans for placing their thoughts online but it’s fair to say that the club is locked in a downward spiral with many reasons to the fore.