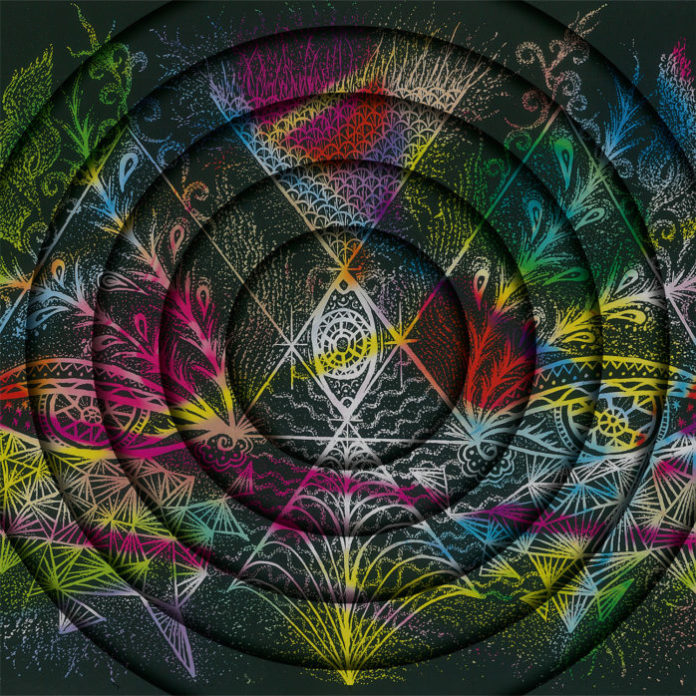 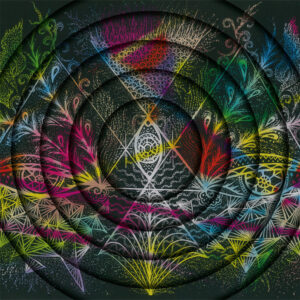 Eight tracks of scare the shit out of you, punishing witch rock – this is a true blackened gem!

Apparently recorded under a full moon over three intense days (I’d have been disappointed had I heard this was recorded on a sun drenched Caribbean island) Japanese due BlackLab return with the appropriate in the current C19 crisis entitled ‘Abyss’ – the follow up to their ‘Under The Strawberry Moon 2.0’ debut from 2018.

‘Abyss’, like is predecessor is a monstrous album, its laden with huge rumbling glacial riffs, and occult tinged vocals, drawing influence from the bands that provide BlackLab with their moniker; In fact, vocalist Yuko has said that the band’s name is a combination of Black Sabbath and Stereolab, this album is the perfect realisation of those sources with blasts of hardcore punk thrown in for good measure.

Opener ‘Insanity’ retains the trademark droning chords, backed by the surprisingly subtle drums, with vocals ranging from melodic to unearthly shrieking as the track pulverises you for a full 8 minutes of a pitch soundscape.

‘Fade And Melt’ builds around the classic Sabbath like riffs, with vocals (in Japanese) that range from psych pop to the more expected black metal guttural roar, it’s this ability to combine a typical doom/stoner base with psychedelia that alongside Wrexham’s Mammoth Weed Wizard Bastard brings diversity to the entire genre; that said the comparisons with MWWB end with the female vocals, BlackLab adopt a more visceral sound, the layers of melting distortion are particularly welcome during the sprightly ‘Weed Dream’ and hints at an injection of Bikini Kill attitude which is never a bad thing.

As befits a track entitled ‘The Amusement Park Of Terror’ the sound of this instrumental is deeply unsettling, scorched guitars, underpinned by a cavernous bass line, ahead of some demented distortion, this is a savage piece of music that drags you down into the depths of your own personal abyss.

‘Forked Road’ is the nearest thing to a dance track, albeit a lumbering crush everything before it type of dance – leaning heavily on the Sabbath influences, the simple riff is glorious, perfectly matched by clear vocals that have an almost boogie vibe to them as they ride the waves of distortion.

‘Chained’ is surprisingly melodic, the nearest thing to a traditional heavy rock track, constructed around a drum and distortion foundation that allows the clear vocals to soar ahead of some intricate solo guitar work, and a brief breakdown, similarly as we move towards the end of the album ‘Sleepless Night’ begins in a more up tempo vein, its certainly catchy before veering off on a tangent at the midway point as a repeated phrase shows that despite the thunderous noise there are room for harmonies.

Closer ‘Sun’ promptly returns you to the fetid world of BlackLab, this is crushingly heavy, the fuzzed out distortion shredding all sense of reality as you sink ever deeper into the hypnotic vortex, Yuko’s vocals alternate between almost ghost like and sheer bestial rage, as this grinding blitzkrieg riff takes on a haunting dimension.

‘Abyss’ occupies a unique position, it will thrill those with a penchant for class stoner rock, but also appeals to those looking to push boundaries with current doom metal, the tracks have depth, they have vision, and are signalling a clear line of sight for the future.