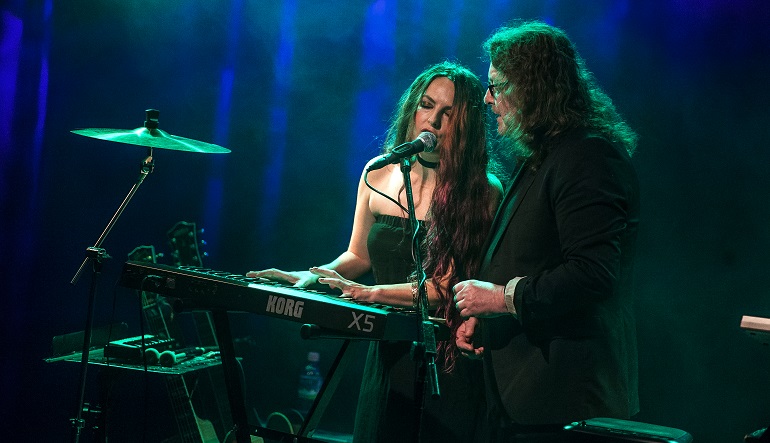 The Diving For Roses album by the Blackheart Orchestra has been gathering some momentum with its mix of styles that makes them targets for the archetypal phrase ’difficult to categorise’. Having dived and remerged rose free, Mike Ainscoe catches up with the Manchester duo of Chrissy Mostyn and Rick Pilkington at the end of a stretch of UK dates down at his local.

Set up on a low stage in The Met’s refurbished Box venue, the duo who make up The Blackheart Orchestra have a strong visual presence. The ‘orchestra’ made up of the array of instruments and hardware that provided an Aladdin’s cave of a laboratory for the evening for them to conduct their sound experimentation. All rounded off with  simple but effective lighting run by multitasking Met soundman Terry; one hand on the sound desk and one on the lighting faders. Probably operating the smoke machine with his left foot too…  Plus there’s now a  logo’d backdrop (all the great clubs have them: the Band On The Wall The Marquee and the similarly late lamented Limelight Club in Crewe.  Despite plenty of atmospheric smoke regularly puffing from side stage, there’s no  smoke and mirrors deception about their array of instruments or the sound produced by two people. 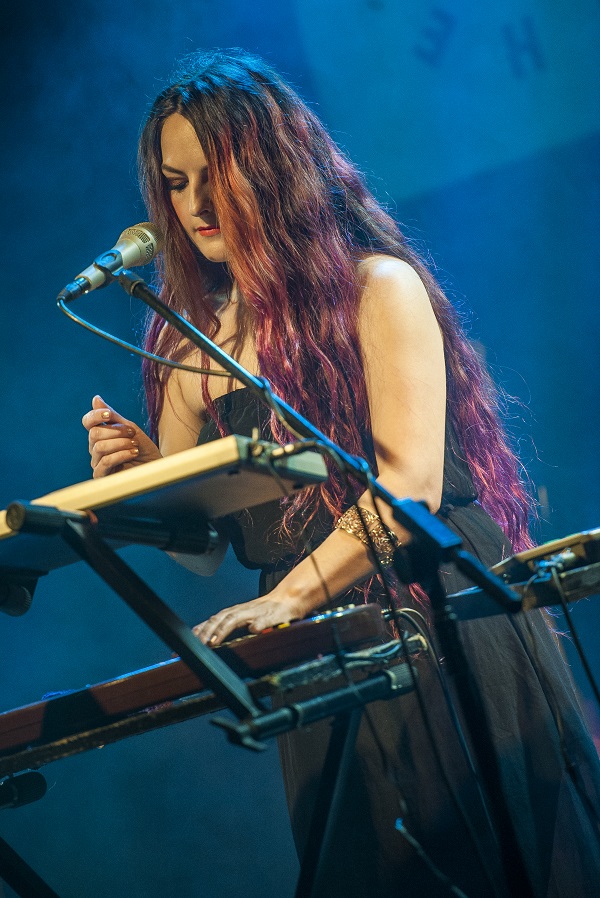 Loops, electronic rhythms, a handful of reverb and no shortage of musical invention and innovation have made The Blackheart Orchestra’s Diving For Roses an album that’s signalled some sort of breakthrough. As well as featuring heavily, (although sadly no Now That We Are Ghosts, arguably an emotional highpoint of the album) the set allowed a chance to air a couple of gems from their previous Blackheart incarnation. Great for anyone who’s coming fresh from Diving…, plus as is their wont to include something adventurously new that’s work in progress. Hence there’s Wolves, followed by the outstanding You And I with Rick multitasking on bass although new converts might find themselves pulled further in by Hey Pluto; a miasma of ringing lopped guitar until the invasion of a metallic electronic beat , underscored by a bouncing sequence and vocal incantation.

It was typical of the ‘hard to classify’ Blackhearts who cross pop with prog and rock with rave. Their signature simply  multiinstrumental prowess as they chopped and changed and crossed paths, topped off with Chrissy’s ethereal vocal. One moment, gorgeous love songs cascaded forth to be followed by pulsing rave beats and some bass and tribal themes saw them verging on the brutal. Turning an older song Invisible into a live incarnation whose emphasis was on strong chapel organ chords and then a finale that saw Rick pulling out the old violin bow trick to thrash his acoustic guitar, get all dazed and confused and evoke some truly unholy distorted sounds (not to mention conjure up the ghost of Jimmy Page).  A proper climax to an evening of smouldering and brooding atmospherics, showcasing classy songwriting in a mesmerizing performance.

The set was warmed up by Port Cities. A trio over in the UK from Nova Scotia have their album due out in Europe next year, although not missing a trick by having a handy batch available on tour. Their warm and easy alt country sound was established straight away with striking three way harmonies with Dylan Guthro’s subtle Gretschy guitar tone adding a a cool warmth. Destined not to finish the set with a full complement of six strings, a couple of broken guitar strings didn’t deter them from impressing enough to add a few fans on their UK mission. 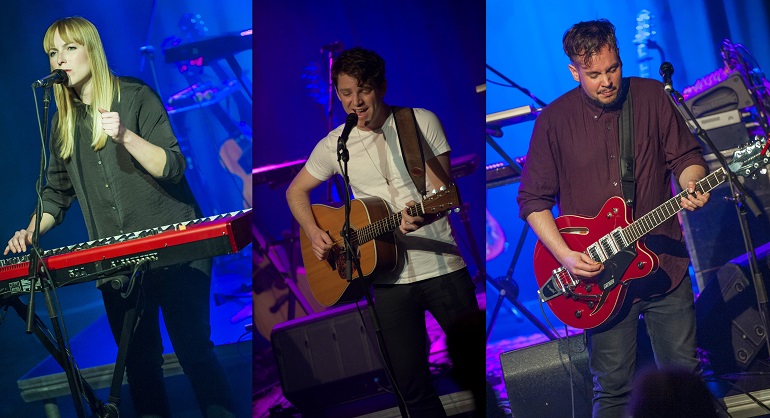