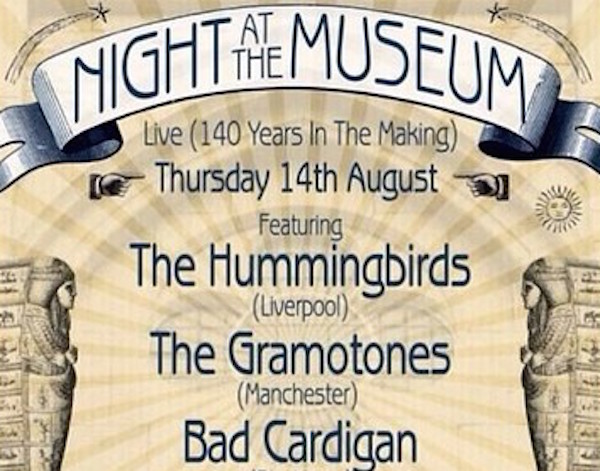 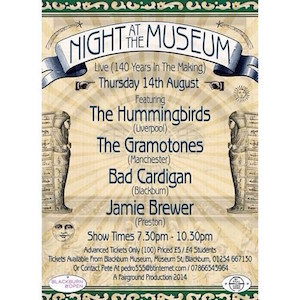 Blackburn as a town has not had a great deal to shout about in the last few years. The savagely unpopular Venky’s takeover of Blackburn Rovers resulted in the crushing relegation of the club in 2012, and this isn’t where the woes end for the young people of the town. For a town still suffering the effects of the Thatcher government, the last recession dealt a crucial blow to its once thriving nightlife and music scene; the remaining bars, pubs, clubs and venues find themselves in an increasingly precarious position to compete with neighbouring Preston and the town’s easy links to nearby Manchester.

Blackburn promoter Pete Eastwood has been a consistent champion of the town throughout these difficult years, his single-minded belief that the town’s best days are not behind it was crucial to the re-establishing of the popular Arts in the Park event as the Blackburn Festival, entering into its second year this summer.

Pete Eastwood’s latest move, however, begins in Blackburn but has its sights on towns and cities across the North West. ‘Night at the Museum Live’ is about utilising the often forgotten assets in towns, and will see – for the first time in its 140 year history – the Grade 2 listed Blackburn Museum in the town centre staging a concert.

Sat in a lecture at the museum last year, Pete Eastwood wondered whether at any point in the museum’s history it had put on live music and – upon finding out that no, it had not – began to put the wheels in motion for the museum’s first ever live event. Two successful meetings later, ‘Night at the Museum Live’ was born, with the first event taking place this week on Thursday 14th August. “The idea is to put on amazing acts in amazing buildings” explains Eastwood, “whilst keeping the ticket prices reasonable”. Within 24 hours of going on sale – to the astonishment of nobody more so than Eastwood – all 100 tickets had sold out. “It’s a great position to be in” he adds, “instead of worrying about folk turning up we can concentrate on making each night as creative and special as possible for everyone involved”.

For the first night, the museum is playing host to the Gramotones – recently having completed a European tour with none other than Paul Weller – as well as Merseybeat quintet the Hummingbirds (winners of Band of the Year 2013 at the Liverpool Music Awards) and local representation in the form of Preston’s Jamie Brewer and Blackburn acoustic duo Bad Cardigan. The acts will play side by side with Egyptian mummies and stuffed animals, with the character of the museum being crucial to the night’s appeal, with a high-end vintage cocktail bar to be a permanent fixture of the museum ventures.

Already increasingly high profile acts are booked for the next event in December, and whilst the ambition for ‘Night at the Museum Live’ is to bring it throughout the North West and perhaps beyond, it’s making this week’s event a success for Blackburn that is important to Pete Eastwood. “Anything that goes towards helping to revitalise the town’s nightlife by putting on credible events has to be a positive thing and will hopefully encourage others in the town to come up with their own creative ideas regarding staging music and arts events in the area”.

Now more than ever, towns such as Blackburn have to be bold and creative to keep their music scenes thriving, and it’s ideas like ‘Night at the Museum Live’ that can really achieve this against a backdrop of council cuts and increasingly safe bookings (tribute bands and the Lancashire Hotpots) in regional arts venues.