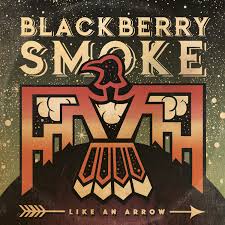 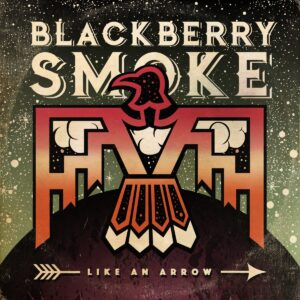 An excellent slice of US Southern Rock by the prolific Blackberry Smoke. Louder Than War’s Craig Chaligne reviews.

Formed in Atlanta in the early days of the new millennium, Blackberry Smoke is the example of the hard  working, hard touring American band. Criss-crossing the US year in year out and building a following based on word of mouth about their live performances. This progression is also recognisable throughout their discography as each album represents a step forward in the production and in songwriting. We’re not talking major shifts as they operate within the well defined paradigms of classic southern rock but each of their release shows a band becoming more and more confident in their craft.

Starting with the rock anthem “Waiting For The Thunder”, all crashing drums and greasy riffs, the band then moves in a more country direction with “Let It Burn” where the diction of singer Charlie Starr makes all the difference (the track features also some nice barroom piano in the background). The band feels as comfortable penning ballads like “The Good Life” or ballsy rockers like “Workin’ for a Workin’ Man”. The general consensus in classic rock is that its the guitar sound that makes everything but what really makes a difference is a good rhythm section that gets captured correctly by the recording. Richard Turner (bass, vocals) and Brit Turner (drums) are heavy  but not in a flashy way (think Led Zeppelin’s “Rock’n’Roll). The band covers all the different areas of American roots music as proved by the bluesy intro to “Sunrise in Texas” and the mandolin part on “Ain’t Gonna Wait”.Guitar connoisseurs will be able to spot some references to the much underrated  player that was George Harrison (the arpeggio a la “Help) on “Let It Burn” and a very “Don’t Let Me Down”-ish guitar break on “Ain’t Gonna Wait”. It’s not about how many notes, it’s how you put them together folks. The band displays an earthy funkiness “Believe You Me” where the a clavinet is put to good use. The record closes off with “Free on The Wing” featuring the legendary Greg Allman.

They are back in the UK for a in March-April 2017 for a ten date tour including a stop at The Roundhouse in London.