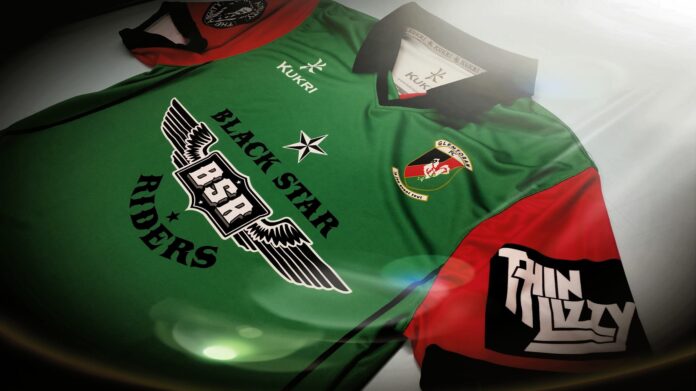 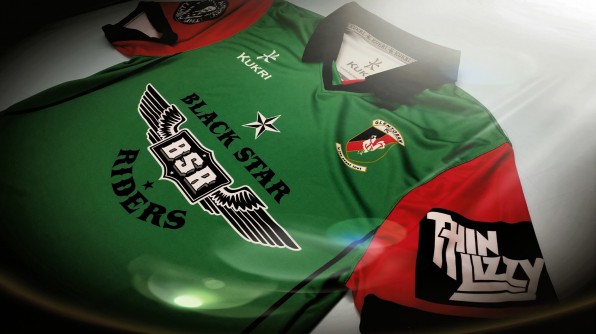 Ricky Warwick of Black Star Riders has been running a Pledge Music campaign to fund the release of two solos albums. With his goal now reached he’s celebrating by putting on some intimate homecoming gigs – full details of which can be found below.

Black Star Riders frontman Ricky Warwick is a very busy man. Not only is he promoting the forthcoming BSR opus “The Killer Instinct”, set for release early next year, but he has also recorded two solo albums of his own! The records, one acoustic and one electric, feature long-time friends Def Leppard singer Joe Elliott, Ginger Wildheart and Richard Fortus (Guns N’ Roses) as well as Ricky’s co-writer on both records, Sam Robinson.

His successful PledgeMusic campaign to fund the project ends next week and to mark the occasion he will return home to Northern Ireland for two very special solo shows. The first, at Voodoo in Belfast, is aimed exclusively at PledgeMusic supporters and takes place on Sunday 14th December. 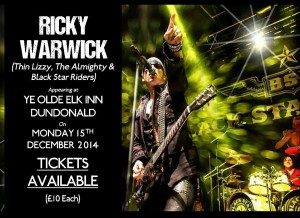 Ricky, who lives in Los Angeles nowadays, will then make what is bound to be an emotional return to his old stomping ground with an acoustic show at Ye Olde Elk Inn in Dundonald on Monday 15th December. This will be a benefit show to help his beloved Glentoran Football Club, which is supported by Glentoran Community Trust. It is the first group of its kind in Northern Ireland, and Ricky will wear a specially commissioned one-off Glens shirt for the occasion. It features the logos of all his bands including The Almighty and Thin Lizzy (see photo at the top of the page) and it will be auctioned to help raise funds for the trust.

Full details of Ricky’s PledgeMusic campaign can be found here.

Full details for the Glentoran FC benefit show and the auction for that amazing shirt are here: gctni.com.

Look out for a full interview with Ricky about the new Black Star Riders album and re-issues of The Almighty back catalogue, coming soon!