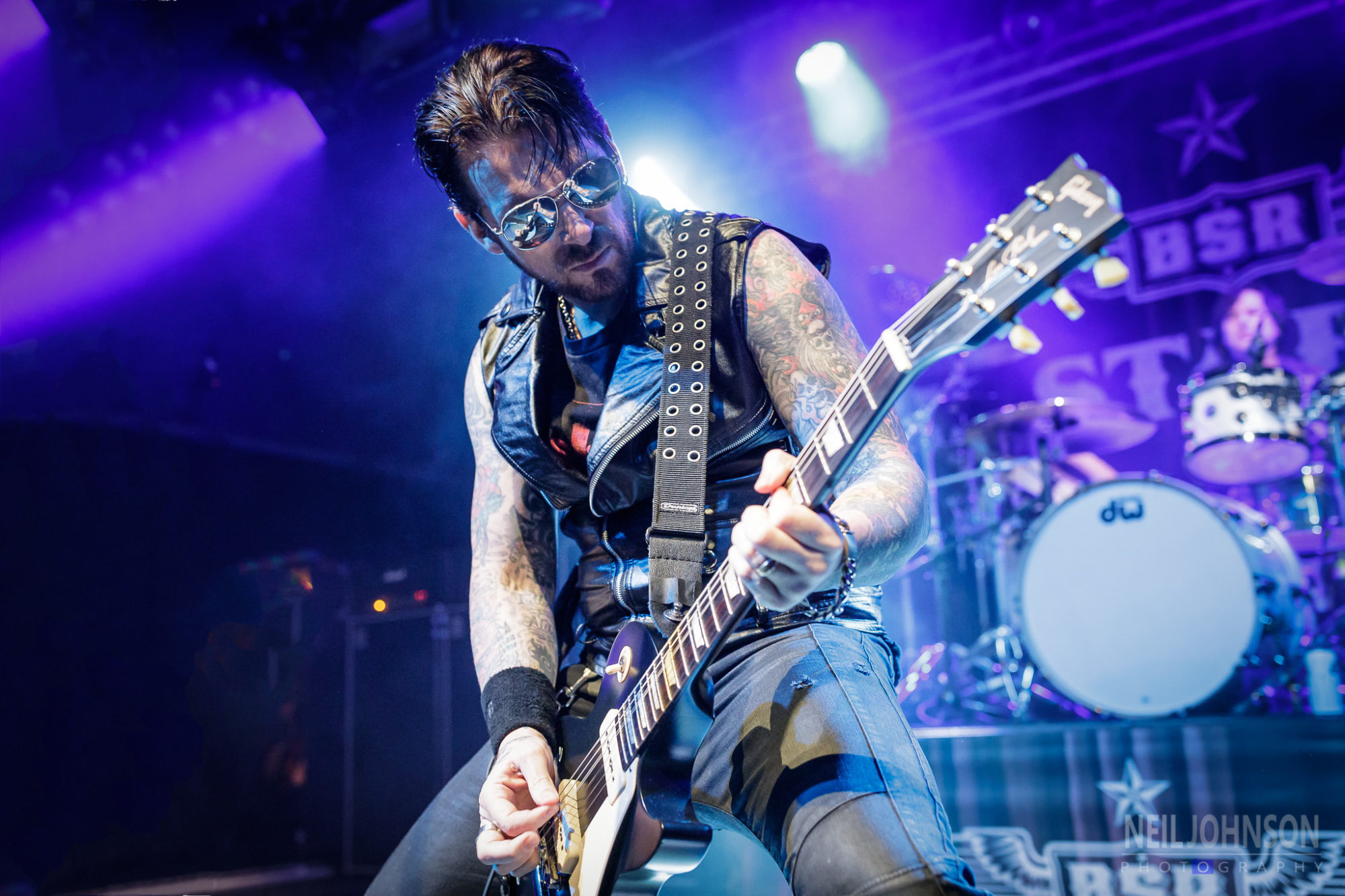 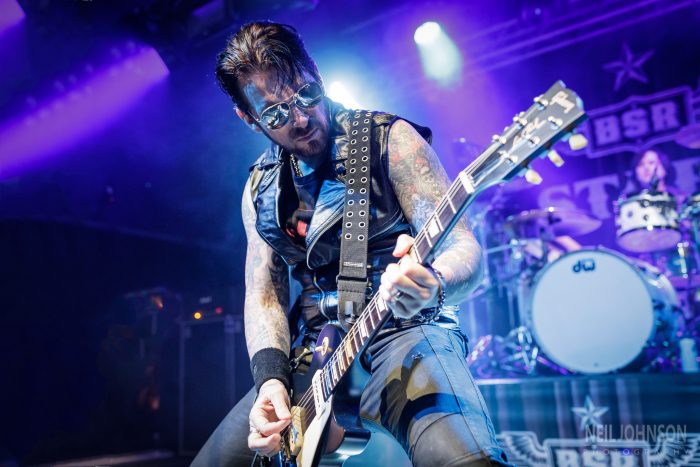 Black Star Riders are, in their own words ‘The next step in the Thin Lizzy story’ and they came to Rock City on their new tour.  Neil Johnson was there to see how this group of rock legends entertains the Nottingham fans.

Thin Lizzy have a significant heritage and fan base but the death of Phil Lynott in 1986 really marked the end of the classic Lizzy show and studio recordings.  In 2010 Scott Gorham announced that what was left of Thin Lizzy were going to record new material and release under a new name, fronted by Ricky Warwick.  The lineup touring today, as Black Star Riders, is missing Brian Downey and Darren Wharton, leaving Scott Gorham as the only original band member.

Regardless of Thin Lizzy history, the lineup that became Black Star Riders is worthy of attention in their own right.  Scott Gorham had huge success with Thin Lizzy, Ricky Warwick with The Almighty, Damon Johnson with Alice Cooper, Robbie Crane with Ratt and Jimmy deGrasso with Megadeth and Suicidal Tendencies.  It’s no wonder BSR have nurtured a strong following of their own.  The material has a unique sound for sure, but there are clear influences from past projects, especially Lizzy and The Almighty, which is no bad thing and its not overtly noticeable, more an inevitable consequence of the people involved. 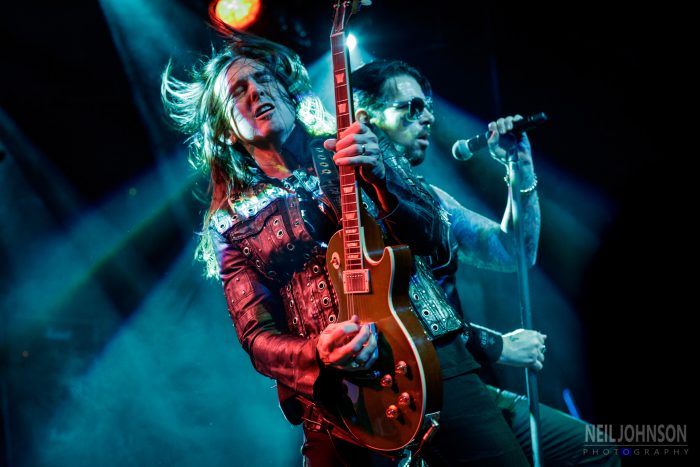 The live show is just as tight and slick as you imagine it will be.  These guys are now three albums into the Black Star Riders journey and know how to deliver a grungy rock show with style and power.  The stage craft and camaraderie between the band is evident from the first few seconds of the gig.  Scott Gorham was on great form, although it has to be said that most of the lead work was handled by Damon Johnson, both were in sync with each other from the outset though and their playing styles work well together.

Ricky’s voice was as stunning as usual, I am a massive Almighty fan and a huge part of that attraction was Ricky’s vocal.  Playing with BSR, Ricky is a great front man as usual, his voice has so much texture and depth and he has an effortless stage presence, he commands your attention just standing there. 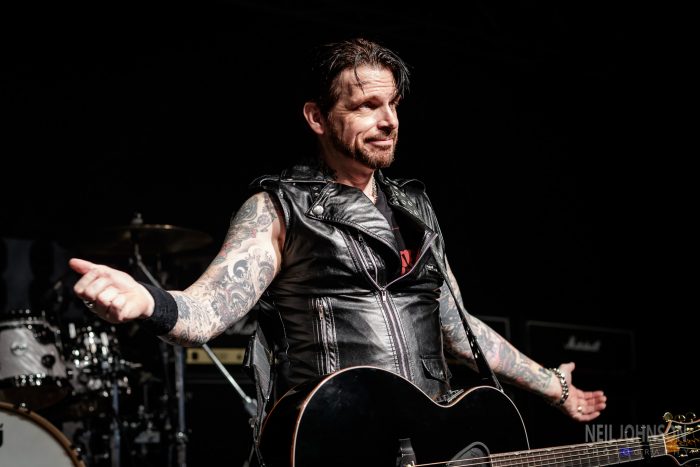 BSR have a really strong catalogue of songs to choose for the setlist, and for me the highlights of the night were Dancing With The Wrong Girl and Testify Or Say Goodbye.

The supports are also worth a mention, the absolutely stunning and criminally underrated GUN open the show and had the Rock City crowd working their vocal range immediately with favourites like Steal Your Fire and Word Up.  Second up are Backyard Babies, whose Th1rt3en or Nothing track has been stuck in my brain for weeks and had the whole place bouncing along.