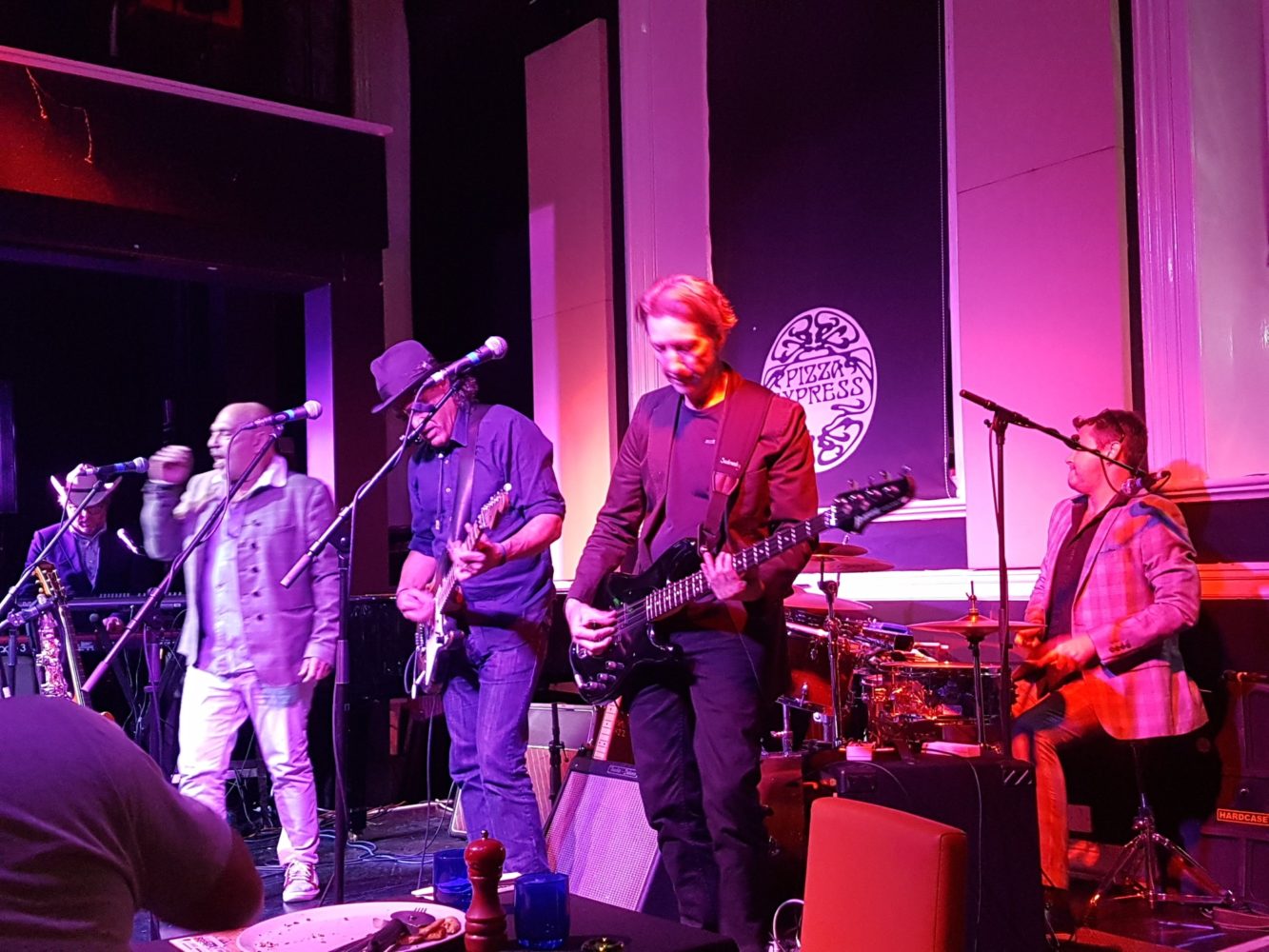 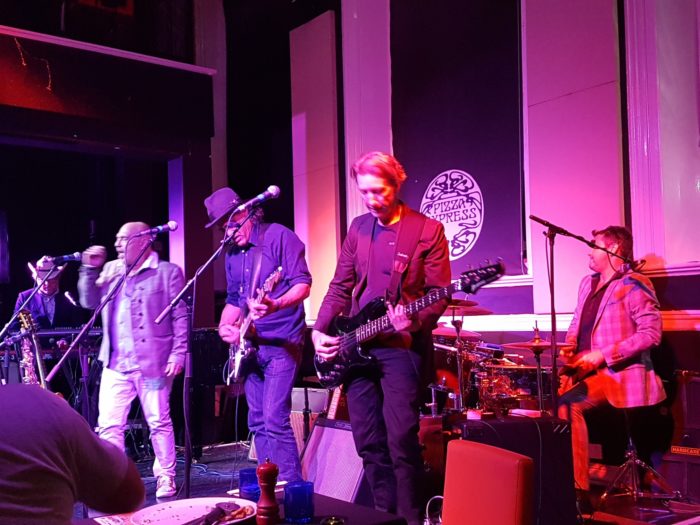 The Black Sorrows originate from Australia and have been mainstays of the rock scene over there for the past 35 years. More a musical collective than a band, they are led by the legendary Joe Camilleri. The band is currently enjoying a resurgence in popularity with their latest LP “Citizen John” bringing them their first chart entry for more than twenty years in their homeland.

The supper club setting of Pizza Express may not be the best setting for a rock band but The Black Sorrows certainly rose to the task with aplomb putting all their energy into it. A well constructed set list saw them jump between tracks from Citizen John to golden nuggets from their back catalog. The band’s musical palette is a wide one and encompasses most styles of rock-roots music. Starting with the brooding “Wednesday’s Child” from Citizen John, the well oiled gang took everything their leader threw at them with relish, a Nina Simone cover (“Do I Move You”), the soulful ramble of “Love I Surrender” or a trip down to New Orleans (“Brother Moses Sister Mae”). Camilleri proved to be a gregarious host and the master of hecklers with an endless source of comeback lines (guessing from the chuckles from the band, there was a few they had never heard). Feeling they weren’t preaching the converted, the band was generous when it came to playing their most famous tracks, a spirited take on “The Chosen Ones” saw Camilleri strap on his saxophone for what remains one of the best Van Morrison songs the legendary Irishman didn’t write. The ska beat of “Shape I’m in”, a hit for Camilleri’s first Band Jo Jo Zep & The Falcons provided ample space for the band to showcase their musical chops while a rocking version of “Chained To The Wheel” was one of the evening’s many highlights.