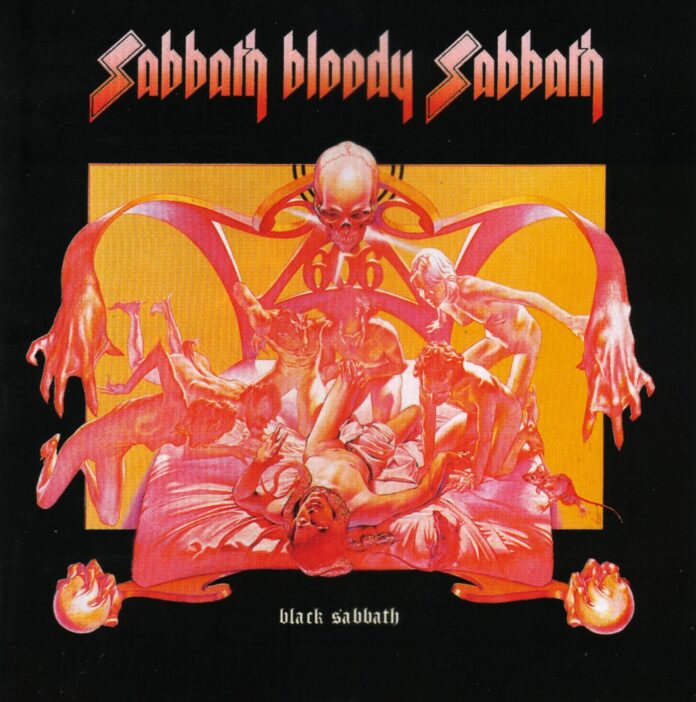 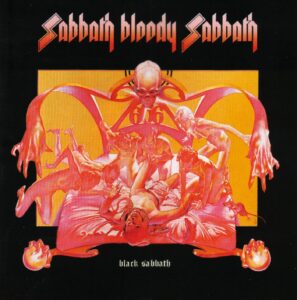 Back in June it was announced that the first eight Black Sabbath albums, dating back to the 1970 classics ‘Black Sabbath’ and ‘Paranoid’ (see right) were to be reissued on heavyweight 180g vinyl. Dom Walsh got his hands on three of these classic albums, read on for his re-assessment of them and their place in the band’s oeuvre.

Black Sabbath is a band that has one of the most storied histories of any bands. Their existence has been a concoction of chemicals, bust ups, line up changes and riffs. Even more recently, the bands acrimonious sidelining of drummer Bill Ward has kept up the bands penchant for stealing headlines. Whilst there has been an abundance of extra curricular stories involving the band, the thing that one must always return to is the quite magnificent music the band has made. Through the early Ozzy period, to Dio, to the under rated Tony Martin records, the band has always created some of the greatest heavy music ever. They have influenced countless bands, and are generally credited with creating several sub genres of metal on their own (see Master of Reality and sludge/stoner metal).

This batch of reissues takes in the bands output from 1972 – 1975. The period of the band is one that has been reported on as one where the initial relationships between band members became highly fractious. Fame, fortune, and copious amounts of cocaine riddled the band whilst they were out in LA. Vol. 4 was originally slated to be called Snowblind, but the record label had them change it as the reference to cocaine was so blatantly obvious.

Vol. 4 (9/10) has become quite an iconic album in the same way that the three previous albums to this one have garnered their own legendary status. First of all, the monochrome cover featuring Ozzy Osbourne live on stage has been replicated countless times. The image of Ozzy in full flow on tour with Sabbath is backed up by the fervent images that adorn the gatefold sleeve. The band was riding the crest of a wave; and the drug fuelled madness of Vol. 4 is a joy to behold. The opening, lonesome riff to Supernaut is a blood pumping delight as Ozzy shrieks about reaching out and touching the sky. Said to be one of Frank Zappa’s favourite Black Sabbath songs, and a blatant blueprint for Down’s Losing All off their eponymous debut record, Supernaut is a supercharged highlight of a stunning album choc full of highlights.

As well as the unadulterated heaviness of Supernaut and Cornucopia, there are mellower moments on Vol. 4 in the form of Changes and the largely pointless FX. This, along with the orchestral experimentation of Snowblind makes for a varied, maniacal and essential chapter in the evolution of Sabbath.

The band continued their rich vein of releases a year later with Sabbath Bloody Sabbath (9/10). Again, the album sees the band experiment further and become more removed from the dark, doomy essence of their first couple of releases. The albums title track has a slower pace with a driving riff and Bill Ward’s pounding drumming driving the track. Ozzy’s lyrical delivery is again completely unique and shows why he is a front man for the ages. Vol. 4’s experimentation with the use of piano and synthesizers is furthered on Sabbra Cadabra. Rick Wakeman provides an ‘other worldly’ layer to the bands sound which showed how the band were happy to keep moving sonically and keep evolving. This is also showcased on Who Are You? which is a moog driven composition.

One of Sabbath Bloody Sabbath’s highlights is the instrumental, Fluff. Iommi’s multi-instrumental skills are shown off, and provide a quite beautiful piece of music that Billy Corgan’s mellower side owes a lot. Album closer, Spiral Architect, continues the use of orchestration within the band. The whole track is mellower and more serene. Again, the record is presented in a gatefold sleeve that allows Drew Struzan’s darkly satanic cover art to be enjoyed in all its glory.

Following Sabbath Bloody Sabbath, it would be two years before the band released another record. Legal wrangles and fatigue from being in a band such as Black Sabbath meant the band had come to a crossroads. Pickled minds and gradually deteriorating relationships with management meant that the band had a lot to deal with aside from just the music.

Sabotage (8/10) was released in 1975, and sees the band move closer to the sound that had seen them become pioneers several years previously. There was less experimentation, and a return to the essence of the four band members making heavy music. By the bands admission, it has an angrier edge due to the legal problems the band had to deal with. Ozzy’s lyrical delivery feels cathartic, and the whole band smashes the shit out of their instruments. Hole in the Sky is an absolute Sabbath classic, up there with Paranoid, NIB and Children of the Grave. Iommi’s rolling riff and the crashing cymbals ensure that Hole in the Sky is a genuine neck wrecker of a tune. Symptom of the Universe is another down right crushing piece of music. Early elements of thrash are evident in the guitar work, and you can see where messrs Hetfield, Hammett and Mustaine looked to for inspiration in the early 80’s

For all the acrimony surrounding the band, the music on these two tracks in particular shows the power the band still possessed.  Whilst there wasn’t a whole lot of experimentation within the record, Supertzar had the band bring in the London Philharmonic Choir. The composition is an instrumental piece that is haunting and menacing. The marrying of the styles works well within the piece, but it is perhaps not the bands most successful experiment, but again the motifs have influenced countless metal bands that have gone on to incorporate more symphonic elements into their sound. The Writ closes out the album, which features a lyric credit for Ozzy Osbourne. His delivery of the venomous lyrics is superb, and Geezer Butler’s bass sounds completely threatening during the lyrical interludes.

The three albums in question here are quintessential heavy metal records for many reasons. Each one has its own merits and helped mould modern day heavy metal. All the records are wonderfully presented on vinyl and all come with CD copies of the album in the sleeves. The gatefold presentations of Vol. 4 and Sabbath Bloody Sabbath are excellent documents of the band visually and musically. In my opinion, these records are probably the last great Black Sabbath albums to feature Ozzy Osbourne. It would take the band five years, and the introduction of Dio to sound relevant again on 1980’s Heaven and Hell. If you have never listened to Black Sabbath before, these reissues along with their three records prior to these, are completely essential and the ideal place to start.