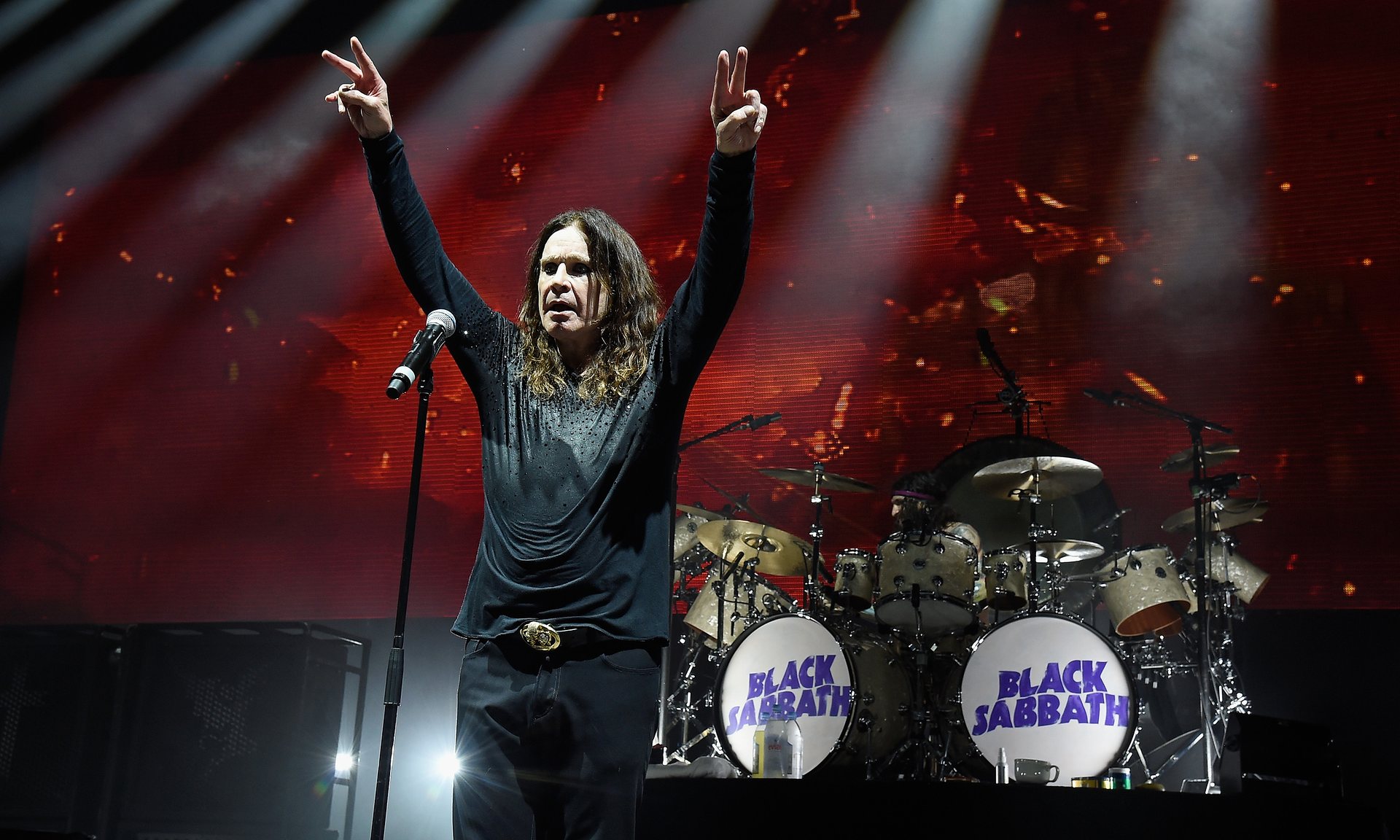 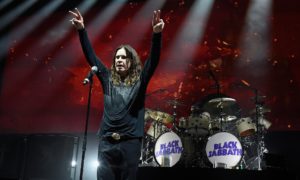 Sabbath’s approach to ‘The End’ wasn’t by any means emotional, but rather an in-the-moment celebration of their most infamous, heavy-metal pioneering songs. The only nostalgic display appeared on the huge screen behind the band as a blast of reminiscent footage from back in the seventies was subtly blended amongst live onstage footage that was given an edge with stunning trippy visual FX and other pieces of dark and gruesome psychedelic footage.

Ozzy was riding the wave for the duration as he performed in the same distinctive procedure as he has done for many years, only now he is more rigid and shuffling, than running across the stage area, however he is absolutely thriving in the moment and commanding in form as he stumbled from one side of the stage to the other encouraging the crowd to clap their hands and sing along in unison.

Their setlist was dedicated almost exclusively to Sabbath’s first four albums. The classic anthem ‘Warpigs’ about capitalism’s reliance on conflict unanimously ignited the crowd as they chanted about generals gathering “like witches at black masses” and a little further into the show Geezer Butler provided us with an earth shattering Wha-bass solo, which then leads into the rarely performed ‘Hand Of Doom’ a song about heroin addicted soldiers in Vietnam.

Toni Iommi’s technically masterful, detuned ominous display of guitar riffage was as awe-inspiringly cool as ever. I felt mesmerized to watch his hands at work on the fretboard as he provided his unique guitar style which defined Black Sabbath’s overall sound. Songs such as Fairies Wear Boots, Snowblind, NIB and Ironman rocked unabated.

An outstanding ten minute drum solo from the powerful Tommy Clufetos rocked the house hard as he hammered home a thunderous display of frantic drumming techniques, giving a nod to Bill Ward’s more jazzier approach which give rise to cheers from the crowd.

There were so many monumental moments within their performance, the visuals were amazing and the atmosphere was electric! As the show drew to an end Sabbath performed Children of the Grave and their signature anthem Paranoid which stirred a powerful reaction and brought the show to a perfect closure. The band took a graceful bow as the words ‘The End’ came up upon the back screen. There were no speeches, just plenty of gratitude and a mass of love expressed by Ozzy as they made their way off the stage.

Sabbath have a further five more dates to play before their very last show takes place on Thursday 2nd of February in their hometown of Birmingham which I am sure will be the most potent performance of all. This legendary band has most certainly lived through a turbulent, highly exhilarating career and so, it remains that they bow-out with their legacy very much in tact.