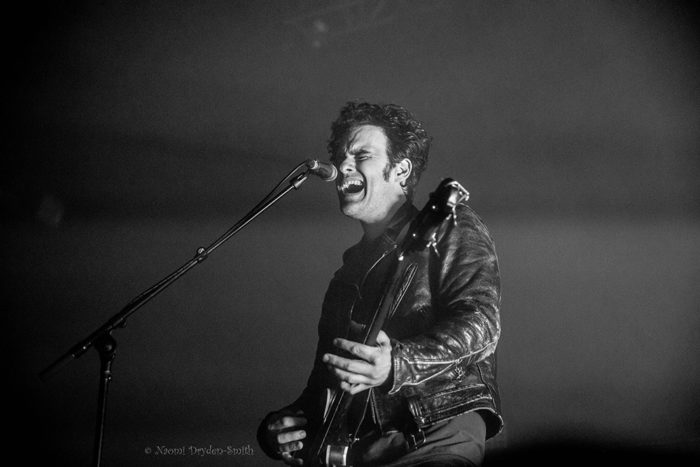 Brits have understandably long wanted to claim Black Rebel Motorcycle Club (BRMC) as ‘one of our own’. Similar to Guns N’ Roses, they originally had a UK passport-carrying member in the form of drummer Nick Jago after all. And with a hefty range of musical influences emanating from Blighty, they even sound like they come from these shores.  More than a decade-and-a-half and eight albums later, the San Francisco-based trio must feel like they’re performing in front of a home-crowd when they strut their stuff at the 02 Forum in Kentish Town.

I’ve fond memories of BRMC’s ascent onto the British music scene. Everything about them oozed the same kind of cool that Marlon Brando embodied in The Wild One – the very film that inspired the band’s moniker. And a slew of difficult interviews and clear indications of sobriety lapses accompanied that cool. The force of Rock & Roll was strong with this lot. And it still is. With drummer Leah Shapiro adding a muscular and stomp-worthy solidity to the group’s live sound, Peter Hayes and Robert Been kick off their 24-song set with Spook. This offering from their latest album, ‘Wrong Creatures’, is enhanced by sparsely-coloured yet mood-appropriate lighting, strobes and steady supply of dry ice. This is followed by two more tracks from the new release: Little Thing Gone Wild and King of Bones. Although it only came out some eight months ago, the songs from Wrong Creatures already feel like new crowd favourites and showcase BRMC’s strengths as a dynamic and exciting live proposition.

The furnace-hot venue is filled to capacity. Exchanging his trade mark Epiphone Rivoli bass for a vintage sunburst Gibson acoustic guitar, Been scans the crowd and asks if they’re “enjoying the heat?” before Shapiro’s thunderous toms signal the start of Beat The Devil’s Tattoo. Thanks to the interplay between Hayes and Been, the track sounds full and dynamic despite the absence of a bass guitar. Shapiro’s drums are rock solid and provide a steady heartbeat to this dark and menacing tribute to Edgar Allen Poe. The double acoustic assault of Ain’t No Easy follows with Hayes returning to his trusty Gibson ES335 for Berlin. Hayes’ attention to detail in terms of the sound layers he employs and in his varied attack has always been BRMC’s secret weapon. And it helps to make them a mighty big sounding trio as well. 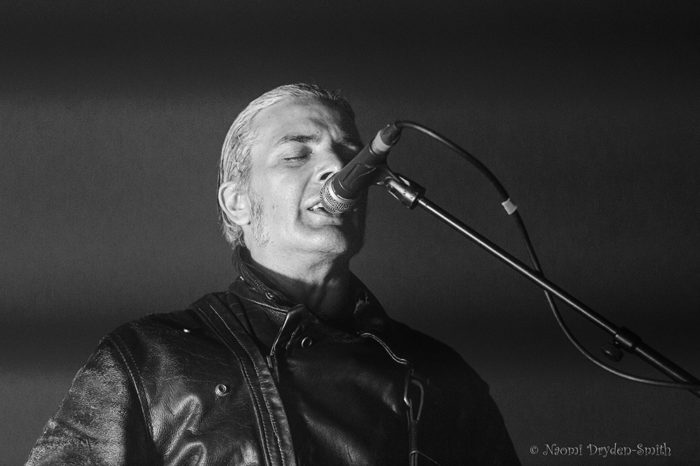 Largely operating on the basis of “if you write it, you sing it” – the trio’s vocal duties are effectively traded between Been and Hayes. And the pair’s harmonic sensibilities and range have become an ever developing force since they first began working together in 1999. With Conscience Killer, they have a bona fide crowd-pleasing ‘Oh Ohhhhh!’ sing-a-long chorus that has all of the O2 Forum under its spell. Building on this audience engagement, the distinctive bass intro to Stop makes its fuzzy presence known. Crowdsurfing commences. Drinks get thrown into the air – much to the relief of the decidedly sweaty attendees – and everyone is transported to where they were when they first heard this popular track off 2003’s Take Them On, On Your Own. BRMC pride themselves on being a band who don’t play their songs the same way twice. And, tonight, Been’s vocals on Stop take on a looser ‘after the beat’ feel than on the recording but with increased power during the choruses. I like the delivery. A lot. But hearing the 2300-strong audience singing out of sync with Been is an unfortunate by-product of this inventiveness.

Returning with On Haunt and Question of Faith, Been & Hayes exchange bass and guitar duties and stage positions. And, showcasing their expanding sonic palette – the menacingly epic Circus Bazooka enjoys its London debut. Featuring keyboard augmentation from Hayes, this quirky yet haunting offering recalls a more sedate Mr. Bungle in places. In addition, the guitarist also added some extra tom tom percussion to organ-infused Carried From The Start.

Shapiro departs the stage in anticipation of the solo acoustic offering, Shuffle Your Feet, from Hayes followed by Been’s Bono-esque vocal delivery on the sumptuous Echo. Although U2’s detractors might be offended by this reference, Been’s vocals do recall Mr. Hewson at his All I Want Is You Best on this track live. Like a well-worn mattress, the band’s set experiences a dip in the middle. It may very well be a case of the extreme heat corrupting my attention span on the night but their more benign material feels lost in a venue of this size. But what feels like a lull to my ears could very well be a welcome diversion from the more full-on tracks for others. 19 years into their career, BRMC’s fans are spread like love across different tribes. Beyond the inevitable followers of the hits who are bored with anything beyond the singles, there are those who favour the group’s unique take on Americana from the Howl album over their more bombastic earlier work. And, while the dirt and dirge tribe comes alive with the illumination of an overdrive pedal, the trio’s extended delicate fare seems to lose the crowd as a whole rather than polarise it. 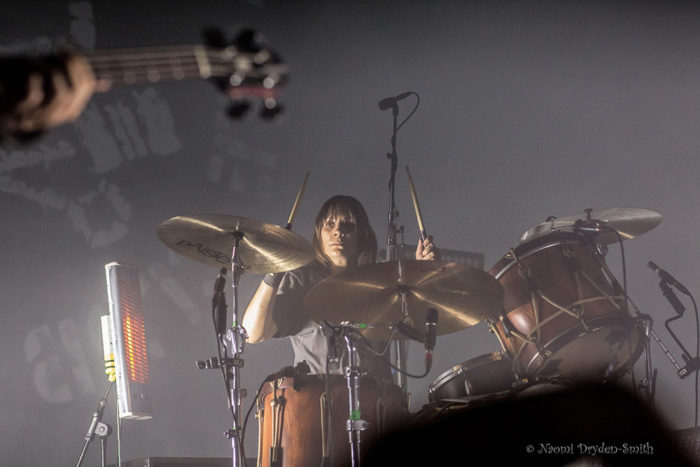 Following this respite in tempo and volume, Shapiro returns to the drum kit and the group steadily builds up the pace with All Rise, In Like The Rose, White Palms and US Government before closing the set with Six Barrel Shotgun and Spread Your Love. These last two offerings are extended and belted out with supreme precision with the final number being punctuated by explosions of confetti over the audience. “Thanks for keeping rock and roll alive”, says Been. But the singing bassist should really be thanking himself and his two partners in crime. Fittingly, the trio’s three song encore concludes with Whatever Happened To My Rock And Roll?, a rhetorical question that is answered beautifully by the captivating set that precedes their final number.