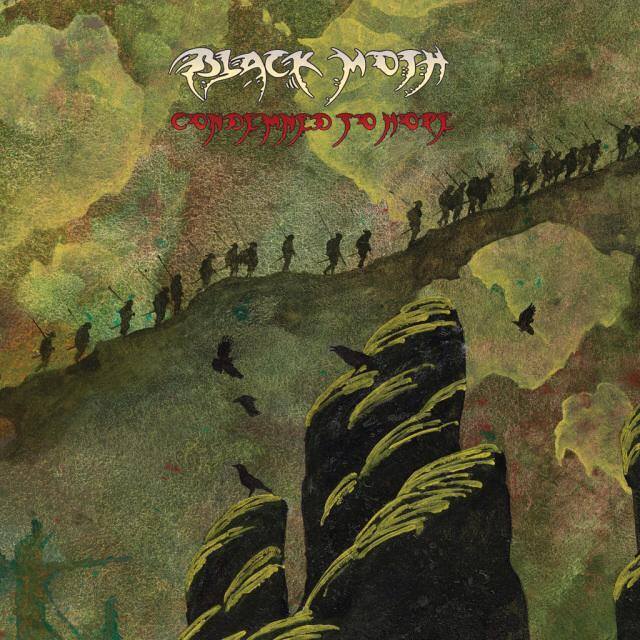 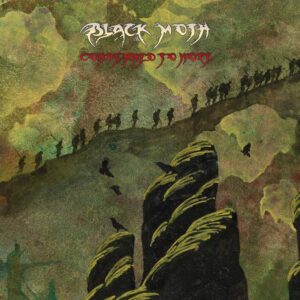 Black Moth rose from the Leeds underground scene at the end of the last decade, indulging their love for both Sabbath sulphur and Stooges squalor. They dropped their debut album in 2011 and are about to release the follow up to it, produced, as per the first album, by Grinderman and Black Seed Jim Sclavunos. For Louder Than War, Dom Walsh reviews.

A couple of years ago, Black Moth released their debut, and with any band that makes a good start, the second step is always hardest. Can Black Moth take that hard step and not tumble?

With Jim Sclavunos once again at the helm, Black Moth have created another biting piece of rock n roll. Tumbleweave ensures the album opens in devastating fashion. The riffs are meaty, and coupled with an irresistible groove, it’s impossible to not want to move to the album opener. Harriet Bevan’s vocal delivery is menacing and deceitful throughout not only the opener, but throughout. As Set Yourself Alight kicks in with a faster tempo, Bevan’s vocal takes centre stage. Again, the riffs are excellent but it’s the bass that compliments the vocal most here. A great one-two at the start of the album shows the band is definitely not afraid of tripping up.

Looner has a chug that is interspersed with a towering riff that again most people would struggle to not be moved by. A solo at the end of the song wails gloriously over a monotonous rhythm section to help build the record. The Undead King of Rock n Roll has more of a doom laden feel to it in it’s opening tempo. Slow guitars and slower tempo (albeit not quite doom slow!) show another side to the band. The track is longer and is a slow burner. Again, Bevan’s vocals are hypnotic and the tempo picks up for another neat and tidy guitar solo.

The opening bass line of The Last Maze is a rib crushing beast, and the distorted guitars are darker than anything else on this album. After a couple of slower efforts, the band whip up the pace again with White Lies; an up-tempo rocker with urgent guitars and biting drums. Red Ink and one of the lead tracks from the album, Room 13, move between each other magnificently, showing the Sclavunos effect in production and pace.  The latter is a devastating track. Pummelling and in your face; it is perfect to show people what the new album is about. Again, all parts of the band play their own part in creating a blindingly good sound.

Stinkhorn has more than a tinge of Sabbath in the music as Bevan again spouts her words with venom. You can imagine Ozzy himself laying vocals over this one. Slumber With The Worm has an almost spaghetti western swagger in it’s rhythm before erupting into fury in it’s closing strains to almost verge on black metal. The title track closes the album in emphatic fashion with more towering riffs and rhythms.

Any concern’s about Black Moth not delivering on their second album can be put to bed. This record is shit hot; there are no two ways about it. The band’s influences shine through the album, but the way they deliver the music is excellent and does not feel like a rip off. Obvious nods to Sabbath and The Stooges are rife, but mix this with a little Orange Goblin, Uncle Acid and Mastadon and the mix is fantastic. In Harriet Bevan, Black Moth have one of the best female rock vocalists around. Her snarl is captivating and the rest of the band play rock n roll that bites at your heels. The artwork for the record is also killer, as Harriet discussed with Louder Than War in this interview. Be sure to get in the ‘Mothpit’ and catch them on tour later in the year…it’ll be a treat! You can purchase tickets from the links below.

The Sparrowhawk Orkestrel: Voices In The Void – album review