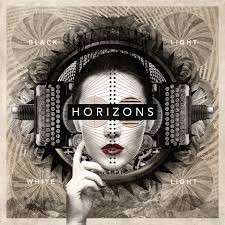 Here’s a premiere of a new track from Malmo-via-Copenhagen project Black Light White Light. With echoes of The Velvet Underground and the Manchester movement in amongst what Clash magazine recently described as an “imperious shoegaze set against swirling psychedlia, they have found a foot in that classic Creation Records / 4AD sound.”

The track is taken from the album Horizons, which earned an 8/10 review in the Louder than War magazine – out on 23 March 2018 via Forwards Backwards Recordings, where they essentially use the record to experiment in coupling David Lynch-ian concepts of duality, visions and dream states with their own sense of bloody self destruction and gallows humour. The musical project is centred on the Danish singer, guitarist and songwriter Martin Ejlertsen and on the new recordings he presents an album full of memorable pop songs all twisted up with moody darkness and poetic longings.

He explains; “Along the way I even considered if this album should be released under a new moniker because the band is more a solo project than it has been before. But then again, I came to conclusion why really? This band project has always really been about my songs and twisted thoughts coming to life. This album is really that aspect but just further developed into new territories.”