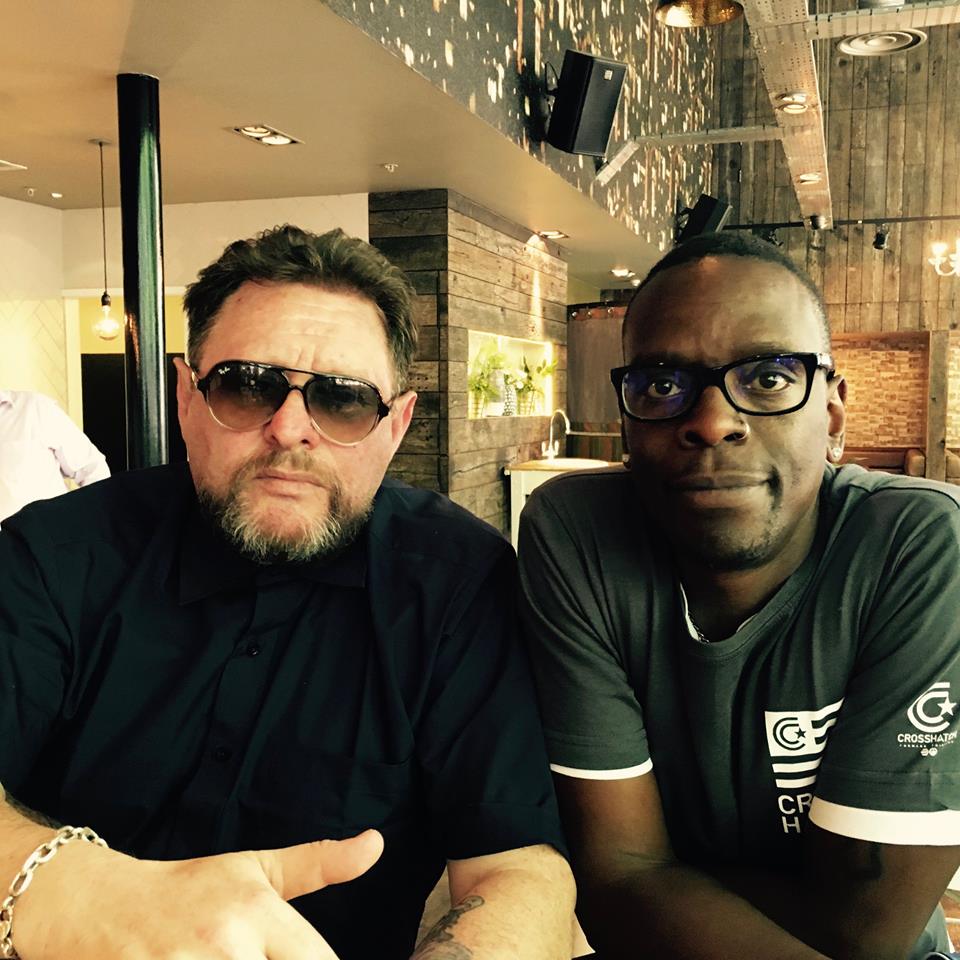 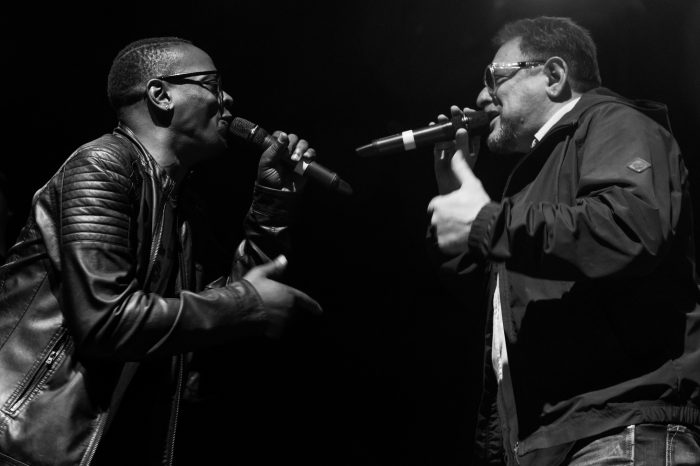 Manchester’s Victoria Warehouse saw the first Brit Project take place over the weekend with a mix of legendary artists and breakthrough bands sharing two stages in one of Manchester’s most intriguing venues.  Louder Than War’s Michael Halpin was there to tell us all about it. Photos by Paul Husband

The likes of Primal Scream, Black Grape, Badly Drawn Boy and Dodgy lined-up alongside The Watchmakers, Glass Caves, Feed The Kid and Sitting Pretty for this unique live music event.

Of the unsigned acts, The Watchmakers held their own most self-assuredly alongside the likes of Reverend and The Makers and Dodgy, the latter churning out their back catalogue of crowd pleasing hits.

Manchester’s own Badly Drawn Boy (AKA Damon Gough) followed Dodgy onstage, cutting a lone figure – just one man and his guitar.  The charismatic individual that he is however managed to charm the audience throughout his set. ‘Everybody’s Stalking’, ‘The Shining’, ‘Disillusion’ and ‘Once Around The Block’ sounded delightful when stripped down to their bare bones, as did a medley of ‘People Get Ready/Sexual Healing and Mohammed Ali’ before Gough closed his set with a beautiful cover of Black’s ‘It’s a Wonderful Life’.

Headliners Primal Scream played a greatest-hits-heavy set which included ‘Moving On Up’, ‘Loaded’, ‘Come Together’, ‘Higher Than The Sun’, ‘Rocks’ and ‘Country Girl’ but numbers from their questionable new album ‘Chaosmosis’ meant that this was not vintage Primal Scream and the evening was stolen by the recently reformed Black Grape.

Opening with their 1995 top ten hit ‘In The Name Of The Father’, Black Grape brought the Victoria Warehouse to life and the band, albeit not the original members, sounded far better than they ever did in the 90s.  There were grins aplenty onstage and Shaun Ryder appeared to be genuinely enjoying himself.  Possibly, for the first time in years.

‘Tramazi Parti’ followed ‘In The Name Of The Father’ and it was almost too difficult to think about writing a review when all I really wanted to do was throw a few Bez shapes like I did in the days when I was a touch more agile!

‘Reverend Black Grape’ appeared too early in the set but was as rabble-rousing in 2016 as it was over twenty years ago.  Ryder kicked into an impromptu ‘Sympathy For The Devil’ style “woo-woo” but the real excitement came from Kermit who certainly seems to have a good set of vocal pipes on him.  Again, far better than what can be recalled from the mid-90s.

The groove on ‘A Big Day In The North’ and  ‘Shake Well Before Opening’ was immense and the 2016 version of Black Grape is a water tight, groovy-as-fuck band who sailed through tonight’s set with the confidence of a well oiled machine.

That confidence spilled into ‘Kelly’s Heroes’ as it slipped into ‘It’s Only Rock ‘n’ Roll’ briefly before an extended ‘Little Bob’ ended the set triumphantly.

Primal Scream may have been the headliners tonight but the evening definitely belonged to Black Grape.

Words by Michael Halpin.  You can find more of Michael’s writing on Louder Than War at his author’s archive.  He can also be found at https://www.michaelhalpinjournalism.co.uk

Photos by Paul Husband. He also tweets as @paul__husband.