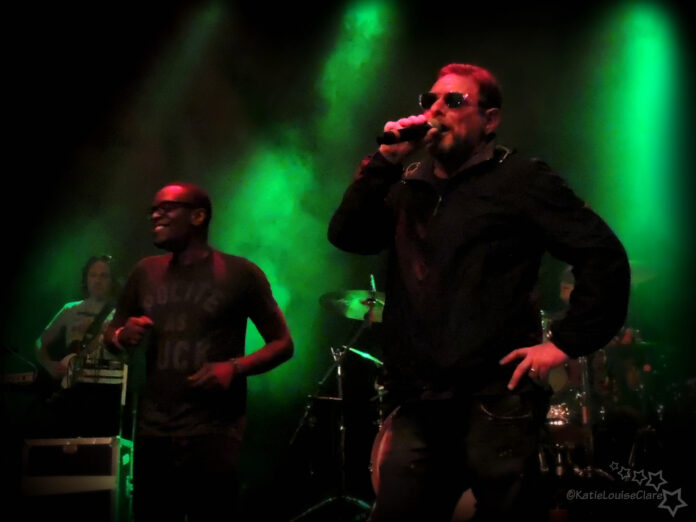 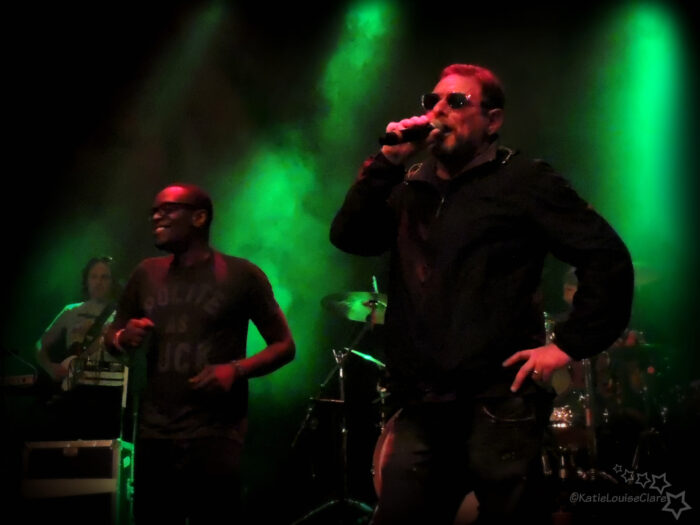 Black Grape bring their energetic live show to Parr Hall in Warrington. Louder Than War’s Katie Clare was there to review. 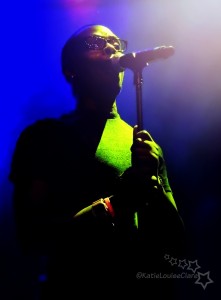 The boundless energy of Kermit is in equal measure to the diverse strength of his vocal deliveries and whom, along with the unpretentious host of the hedonistic late 80’s early 90’s party: Shaun Ryder (nowadays both very much posters boys for successfully surviving) have decided that the twenty anniversary of It’s Great When You’re Straight… Yeah is the right time for Black Grape to regroup and take the album back on the road.

There is no time wasted winning over tonight’s crowd: they are already a noisy mass of excitement and as the band arrive on stage they waste no time striking out boldly with their boisterous funky rock psychedelia as the crowd raise their beers and hands up high as the bass thick vibrations fly from the stage. There are no surprises in the set list, on this the last night of the bands 23 dates around the UK, not that any of the crowd is desiring one. They are getting just what they ordered: a little slice of a life once led and as the many gems from the band’s début number one album tumble out. Personal favourites get roars of approval – In the Name of the Father, Tamzi Parti, Kelly’s Heroes and Big Day in the North being very capable of still providing fresh exhilarating sensations. 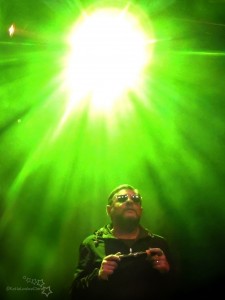 Kermit and Shaun both engage comfortably: animatedly share jokes and quips between themselves and the audience on mass: It’s a delightful camaraderie that everyone feels involved in. Although Shaun’s voice has suffered on the tour; this does not diminishes the enjoyment one bit as his presence alone denotes a good time and the mature gruffness adds a new dimension to classic tracks. The unabashed charismatic energy of Kermit and the sensational musicians that deliver flawlessly throughout – it’s a set bursting with a host of amazing elements that together really deliver.

As the audience spills out into the street ears buzzing with temporary gig tinnitus there is plenty of joyfulness to fill the final hours of the weekend and it really is down to the truly triumphant live tour de force that is Black Grape.