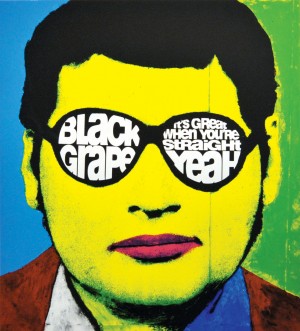 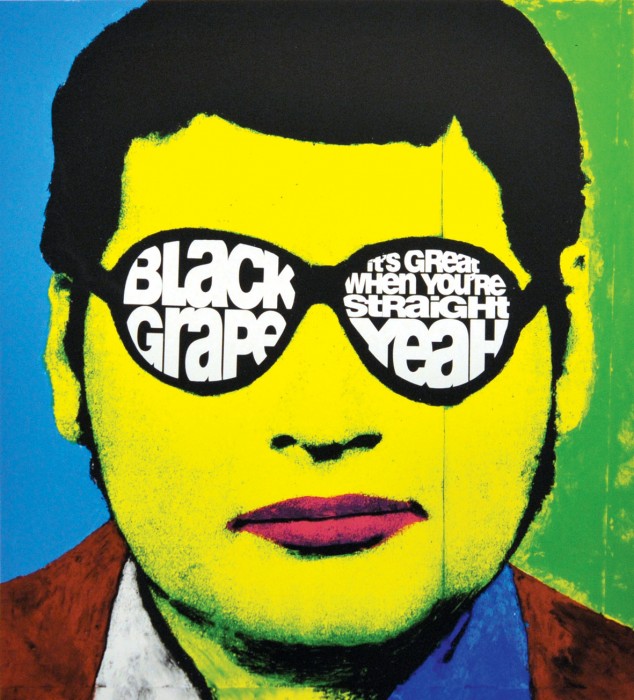 Black Grape return this weekend for a big sell out Manchester show.

Headlining the Factory on Saturday, the band are the debut gig in the old Granada building renamed in honour of its most famous son – the charismatic Tony Wilson, who was the local TV news presenter filmed at the same building which has now been renamed after his famous record label.

It’s the latest comeback from Shaun Ryder – the comeback king and there is the electric buzz of excitement about the return of his second band, Black Grape, who pulled of an unlikely coup in the middle of Britpop when the lyrical master got his just award with a number one album yet another generation defining album.

The gig is a benefit for his foil, Bez, who is standing for election in Salford for the Reality Party. It’s an unlikely twist in the tail but Bez is serious about his eco politics and is standing on an anti fracking ticket and using his cult maverick status to front a campaign on a sensitive local issue that could score him a large amount of votes in the most fractured election in memory.

Black Grape really should not have worked.

Built around the core of one of the key bands of their generation who had just imploded with a flop album compounded by drugs and money and a record label caving in and  a scene that was moving from being 24 hour party people to the great hangover was no environment for a return.

But the insane Black Grape were back in town for a mid nineties low key tour that sold out in seconds and were throwing the best party Manchester had seen for a couple of years on their comeback tour. This was the greatest return in the whole of the Madchester/Britpop/blah blah blah whatever you want to call the funky indie party of the nineties and the king was still wearing his crown.

When the Happy Mondays almost inevitably imploded into a crack and chemical induced mess and their last album with all it’s creeping paranoia and druggy weirdness had flopped and saw the band stagger away from their unlikely pop stardom it seemed like it was game over for Shaun Ryder and Bez the dancing bear. Indie music was returned to the sensible cardigans and the lunatics were locked out of their own asylum.

The Happy Mondays had been some trip but the end was grubby. All bands implode. That’s rock n roll. There’s only a certain amount of time that you can sustain the insanity of creativity with a bunch of mates in the unnatural glare of the spotlight. The Happy Mondays genius was also their destruction. Maintaining that wonk was always going to be a headfuck.

Few people expected Shaun Ryder to re-emerge from the ashes of the fallout with what could be be his masterstroke. Few tours have been as joyous as that first Black Grape escapade. Emerging from the car crash and the wreckage of the Mondays, Black Grape created a bouncing yet deliciously dark pop music with some of Ryder’s best and most surreal lyrics. This was art but a very Mancunian art. Ryder famously dismisses his lyrics and still cringes at Tony Wilson’s fabulous, hyperventilating love of his street poetry but he rarely turned in a lazy lyric and with Black Grape he was in hyperdrive- all manner of hilarious and darkly twisted couplets flew around the tracks that were equal to all the pop word greats.

The songs were full of vigour and bounce and the druggy induced sloth of later days Happy Mondays were spring cleaned by a blow torch of enthusiasm and a surprising joy de vivre without ever losing their cynical twisted darkness. Who could forget that first tour? the Black Grape gig in Manchester was a thrilling, scuzzy evening of mental pop weirdness. Shaun Ryder proving himself the comeback king and that like the great gonzoid king Hunter S Thompson had so wisely written ‘when the going gets weird the weird get pro.’

Like a prizefighter Ryder takes the knocks and comes back stronger and that initial Black Grape comeback was killa. With brother Paul on bouncing bass and Bez as his foil he brought in Kermit the hyper lunatic, super-smart rapper from the Ruthless Rap Assassins and created a linear, more modern version of the scruffy urchin street gang Happy Mondays.

Kermit was a perfect choice. His voice was full of a scorched earth madness and high IQ blues that lifted the songs and his energetic stage presence was key to the band. The Ruthless Rap Assassins had been the nearly men of the Manchester early nineties scene, delivering two great albums of British urban rap that were full of clever samples and great hooks and should have been hits if anyone was looking for that kind of music.

The whole team was good  – the other rapper was  Carl “Psycho” McCarthy who was full of bouncing bean energy, whilst Jed Lynch also joined from the Rap Assassins where he played percussion and Wags from Paris Angels came in on guitar and added his twisted, lysergic, laconic weird beard blues licks.

Their debut album It’s Great When You’re Straight… Yeah. spawned three Top Twenty singles, starting with the classic first single Reverend Black Grape and hit number one in the album charts defying all pop career gravity that said that by rights Ryder should have been on the pop scrapheap.

The follow up album was, perhaps, not as good but still flickered with genius and the band slid away until this latest comeback.

It’s yet another return from Shaun Ryder, who is the king of these scenarios.

The goodwill afforded to the poet laureate of the druggiest generation and a man whose eye for the lyrical detail of carnage and the poetry of the lunatic life has made him near national treasure can afford these endless revivals because he is so damn good at them and because he represents so much and is recognised for reflecting his world perfectly.

Managed byAlan McGee, who has just masterminded the Jesus And Mary Chain tour and made them and sound fresher than they should ever have been, this Black Grape return will potentially have none of the pitfalls and mistakes that these reunions can be lumbered with.

Most people would have burned out years ago but there is plenty of mental good will for Ryder, who is a hero for the ignored and the best documenter of those crazy, hazy times and when the band was clicking into gear behind him capable of some of the most sublime and perfect moments in British pop ever.