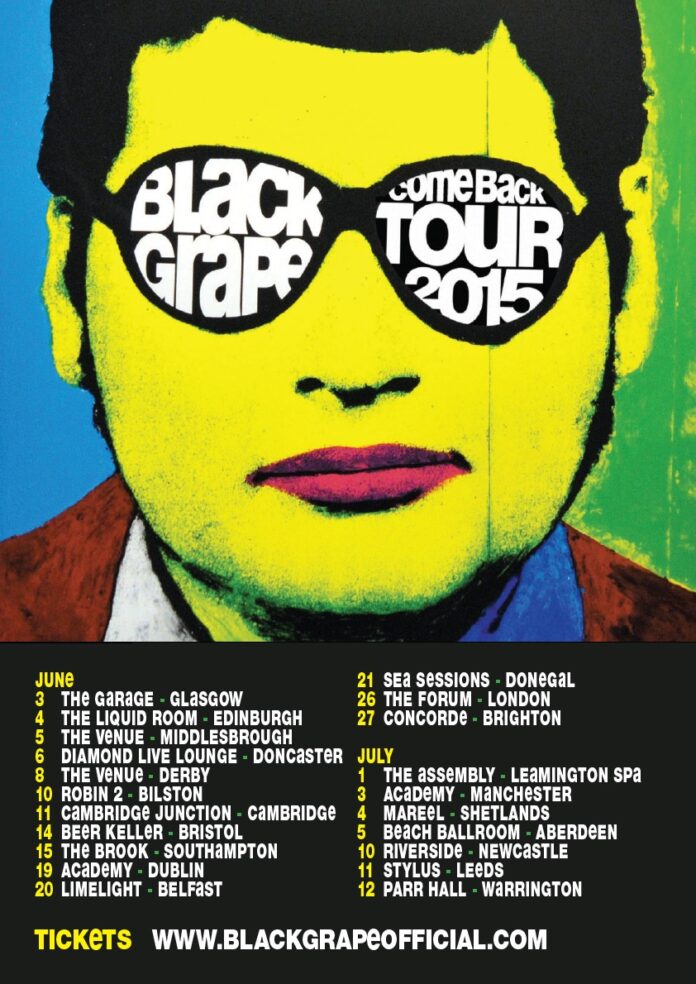 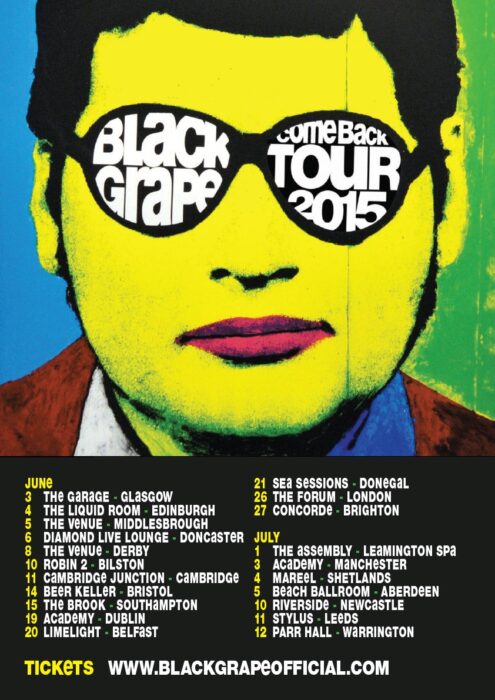 The Happy Mondays fell apart in 1992, leaving most observers to assume that it was the end for Shaun Ryder, as he struggled to recover from his numerous drug addictions. No one could have ever predicted that three years later, a relatively fit and healthy Shaun would return to the top of the charts, with a new band.

Teaming up with Kermit (ex Ruthless Rap Assassins) he now had a rapper on board with equal skills to bounce off. Even better, the music has deep grooves and catchy pop hooks that come straight out of left field. From the blaring harmonica of the triumphant “Reverend Black Grape” and the trippy sitars of “In the Name of the Father” to the seedy, rolling “Shake Your Money” and the stinging guitars of “Tramazi Parti.”

Black Grape has always been the simmering stalking horse, waiting in the wings, for a time to come back to life, and remind people of the huge commercial and musical celebration that it was.

It’s time for the party to start again.

Shaun Ryder is again back in the rehearsal studios with Kermit, about to unleash the mad carnival that disregards boundaries between rap, house, rock, soul, and pop and is Black Grape.

Black Grape are marking the 20th anniversary with ‘Comeback Tour’ – a series of shows in the UK and Ireland: