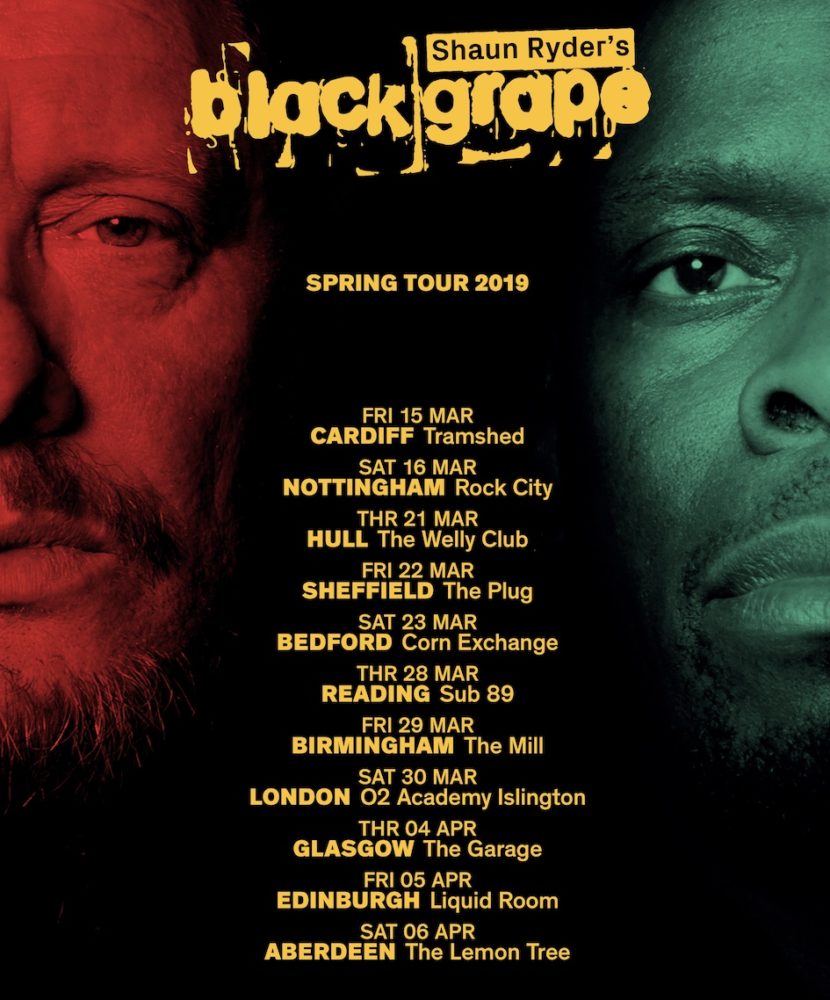 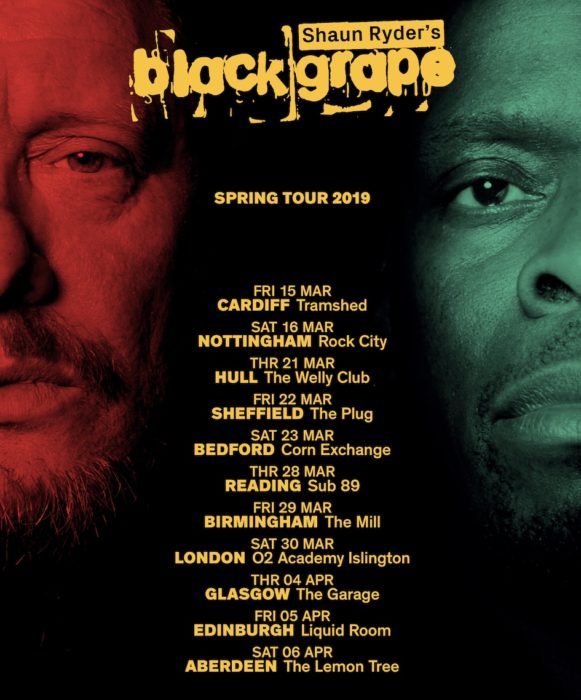 Following the success of their album ‘Pop Voodoo’ (Universal Music) which showcased the band’s first new material in 20 years the band announce a series of shows in the UK.

As Irvine Welsh writes in the band’s biography: “I’m delighted to report that Black Grape are back on the road, and with new album Pop Voodoo that really does rock the f*ck out of the discotheque. Shaun’s word play has never been deployed to such devastating effect, and he scores a bullseye whether he hits the obvious targets (Trump), and the more obscure ones…well, find out for yourself. The world is in a bit of a state right now, and bullsh*t reigns more than ever, and perversely disguised as candour. We need Manc street sass, intelligence and wit more than ever right now. This album has that in spades.”

Shaun and Kermit teamed up with producer Youth on the album, who has previously worked with The Verve, U2, Primal Scream, Guns N’ Roses, Pink Floyd and Depeche Mode to name but a few.

Further to playing festival dates and arena shows with Richard Ashcroft a 2018 Winter tour followed with the band playing songs from the ‘Pop Voodoo’ album alongside the well-loved classics.

Ahead of the new Spring 2019 tour Shaun Ryder added: “Looking forward to getting back out on the road with Kermit for the Black Grape party – playing some new songs and of course some old favourites.”

Widely regarded as one of the most innovative and iconic bands of the last twenty years… Black Grape!