Home Campaigns Black Friday? We Certainly Think So – Read This To Find Out... 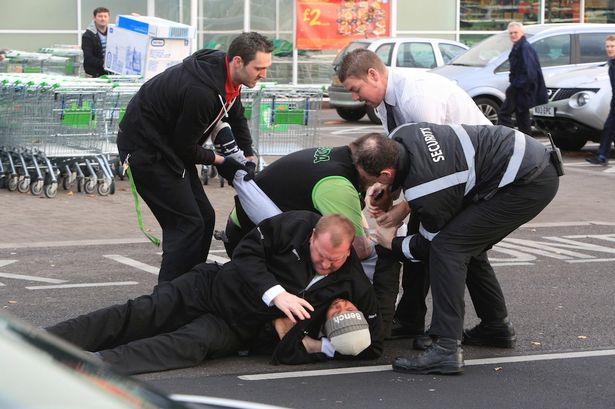 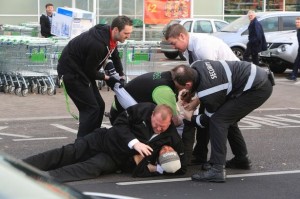 Black Friday, that insidious US invention designed to kick off our Xmas spending spree a little bit earlier than we would have done anyway, has been slowly worming it’s way over to the UK in the last few years and seems to have finally got it’s claws into our wallets and purses wholesale. Andrew White thinks it’s a bad thing, to find out why, read on.

Is that a thing now? The way some people are going on about it, you’d think it’d been a tradition stretching back generations in Britain.

“On a Friday of no real significance”

At least in America, it’s a day after a national event. We’ve imported a lot of benign cultural nonsense from America. Friends, large film explosions, sneakers, useless stats on sports coverage, the word “dude”, to name a few. All American and like the updated earth, mostly harmless. It comes across with the more relevant or dangerous American culture as a by-product but I think that Black Friday is one we could really do without.

Why does shopping need to be a competition to get the best bargains? I mean, you can already do that on the internet, all year round. The idea of paying full price for anything other than a specific or specialist item is long gone. It was gone before the days of the internet. Have you ever met anyone who bought a full price sofa from DFS? Finding the best price for something is easy. Easy and boring.

Now that’ll never do. It needs fixing, so we get helicopters circling over malls with thousands of baying punters crushing towards the barricaded doors, cameras showing people, heads full of adverts telling them that they’re worthless and eyes fixed longingly on the solution as they press up against glass desperate to spunk their collective aspirational and credit inducing dreams on so many cheap electronic aids. America has turned it into the shopping and real life version of Death Race 2000 but without Jason Statham playing the character of Jason Statham, which is already an improvement. I would also guess the real life dialogue is better. That film should not have been hard to follow. Even Lovejoy would have struggled, and he was in it.

People take weapons to these things for Christ’s sake. Then, newsrooms sit back and wait for the footage to fly in. Fighting, actually fighting over consumer goods. Injuries, blood, pain, crying, heartache and maybe even a death or two to report on, as though Gladiators were fighting over their very lives and you were the moron for not turning up. You can already see the interviews being badges as “Post Game”

“Well, I actually could have bought this Playstation 4 if I’d shopped around for the best deal but what I really miss is the potential life or death struggle and the chance to beat someone over the head almost legally!”

“I never stopped believing that I could do it. I trained and trained, getting up at 6am, eating raw eggs and doing sprint practice five times a day and I achieved my dream of getting this 3D printer at half price. Now I can print myself a gun so I can shoot my way out”

You know if we all took a collective decision to not go completely batshit insane over an arbitrary date that’s been decided to be Jesus’s birthday, all these things would be reduced in January. The con relies on your fear of not fitting in. Maybe we need the fear to be one of fitting in for a while.

And we want this over here? Why?

It’s also not like there isn’t any reason to be out on the streets at the moment. Our NHS is being run by people who are supposed to protect it, but in fact have a vested interest in it being sold, and these people are being directed by a man who believes in homeopathy as a valid scientific medical process.  There’s a huge and growing inequality in earnings and wealth distribution with demonisation of our poorest peers. There are bankers who have the country over a barrel. There are huge companies (you’ll see them on “Black Friday Showdown – Tune in at 07:00 with Jeff Stelling, updates on Sky Sports”) smiling while they refuse to pay any tax contributions to the country they’re trading in. There are fascists with politically savvy faces worming their way into the top of our political system. There’s our completely broken party political system run by bullying, bribery and bottom kissing. There’s cover up and corruption at every level of authority and mounting evidence that our political leaders, top level security services and policeman may have been involved in covering up truly biblical amounts of child sexual abuse as well as the odd murder or two. There’s Fracking, Public Sector cuts, zero hours work contracts, two parties who want to withdraw from the Human Rights act. That’s just in this country. Wait till you get to a different one. The world is not a pleasant place at the moment.

However, it’s not enough to get people moving. Are we too comfortable? Or have we all just accepted that we probably can’t do anything about those big things, but we can buy a Smart TV for the same price as a not so Smart TV.

Maybe that’s what the greens need to do to get any media attention. Start every rally with an auction on iPads. Lowest bidder first and oh, did you know that the people who made these don’t have what you would know as “employment rights”. Actually, that might not work so well. Damn that conscience.

Black Friday is one of the seedier elements of the American dream. We should have left it there.

All words by Andrew White. More writing by Andrew on Louder Than War can be found at his author’s archive.