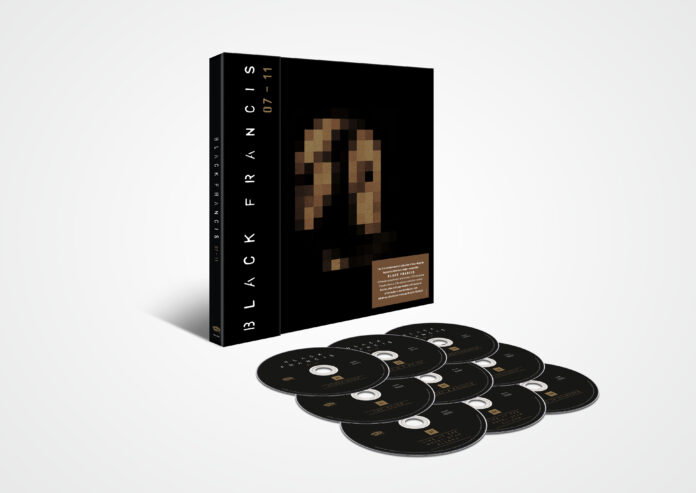 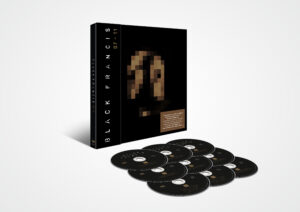 Pixies’ main man looks back over one of his most creative periods as a solo artist on this expansive box set.

There’s a moment of pure defiance that drops in the middle of the Live In Nijmegen disc that comes as part of this expansive and fantastic box set. Black Francis, dismissing a fan’s request for him to play some Pixies, reels off that he’s in Van Morrison mode and he “ain’t gonna play no Brown-Eyed Girl.” And why the hell should he. His period from 2007 to 2011, before he once again set his gaze back in the direction of the Pixies, saw him on great form, putting out five albums that showed all his creative sides – playful, dark, intense, reflective and firing on all cylinders. All five of those albums, plus his collection of b-sides, Abbabubba, and three live discs are presented here, all in a beautifully packed set full of liner notes and anecdotes from the man himself.

The first up on his resettling on his Black Francis moniker was Bluefinger with its cracking stabbing post-punk ‘n’ roll. It fires out from the beginning with a return to his scuzzy nastiness with the two-punch of Captain Pasty and Threshold Apprehension. It was a record that saw him returning slightly to his Pixies vibe while at the same time managing to bridge across to The Catholics and his Nashville solo work. The album was wrapped in the concept of a tribute to Dutch musician and artist Herman Brood, and includes a version of Brood’s You Can’t Break A Heart And Have It.

He followed up Bluefinger the year after with the mini-album Svn Fngrs. As someone who has always loved to push against his own confines, the record kicked off with one of the strangest songs he had released to that point. The stripped Beefheart-funk of The Seus saw him stumble rapping throughout and clearly having a blast. The highlight of the short collection, Garbage Heap, is still one of the best songs he’s written, the blend of his deep croon over a gliding falsetto chorus and the shifting dynamics reminding us of exactly what we all fell in love with in the first place.

The set is a wonderful journey of a man finding his way back home. A road trip that, on the way, saw him produce an immense 5-disc album as a soundtrack to for the 1920 film The Golem: How He Came Into The World. It would be too much of an ask to have the entire project here, that will remain in the hands of the collectors as only 500 were printed, but we get a fantastic ‘best of’ if you will, the same one-disc edition released in 2011. The fact that he saw it as a soundtrack seemingly left him free to explore more. Right from the outset, on Mirim and Florian Theme (Version 2), Black Francis was in a seductive mode. It comes out in the horns of Makanujo, the wistful nature of (Oh How I Wish I Could) Stay, and the acoustic folk parts of The Conjuring. This was probably, in parts, Black at his most surreal, and it worked well.

He followed it up quickly with NonStopErotik, written while driving through California, and his surroundings and drivetime AM radio clearly influenced him immensely. While still clearly stamped with his unmistakable mark, songs like Wheels, Dead Man’s Curve and Six-Leggen Man seem to see him mining a Creedance vibe and Rabbits calls to mind his love for Neil Young. The final studio album of the set is the wonderful album Paley & Francis, on which he teamed up with Reid Paley to produce a cracking alt-Americana album. The combination of the two men’s different styles results in a warped trip, occasionally skirting close to poppier sensibilities.

The set is completed with the inclusion of his 2011 b-sides album Abbabubba, a veritable pick ‘n’ mix selection from across these years. There are also two full concerts here. The first, Live At The Hotel  Utah Saloon, is spread over two discs and sees Black in pure solo mode. One man, one guitar and a host of hits. In the concert, he took on some of his best solo songs, stripping them of all muscle down to the bare bones, as well as some classic Pixies’ tunes. The final disc, however, Live In Nijmegen, has him stamping his authority on his solo work. It’s taut and tight and exactly how we expect him to sound, just don’t expect any Pixies’ stuff on this one.

07-11 is a fantastic collection, a body of work that showed that, as his main band was again on a hiatus, Black Francis was not letting up in any way.