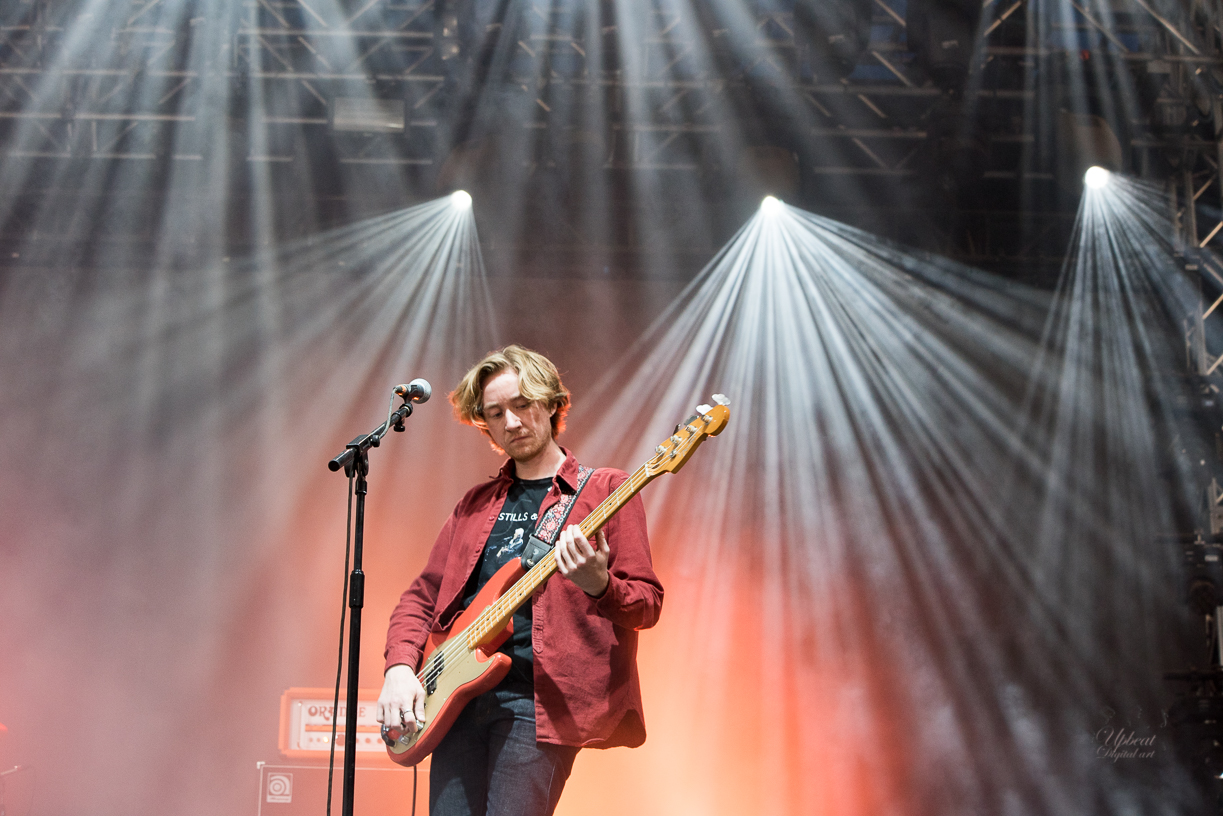 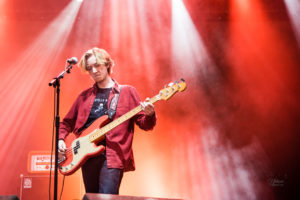 For years we have been told that British rock music is dead.  One listen to Black Foxxes on disc or at their incendiary shows will tell you that music with guitars is alive and well and it can get your blood pumping.

It has been an epic year for Black Foxxes.  The Exeter three-piece are really making a splash and at last people are taking notice. On the back of major festival appearances at Download and Reading and Leeds and the release of their debut full length disc Black Foxxes are certainly a band who star is ascending.

I have managed to catch Black Foxxes live at both festivals and saw a huge difference in their development in just a few months. Black Foxxes played the fourth stage at Download and I remember thinking that they needed a bigger stage.  They got that bigger stage when they opened the 2nd stage on Sunday at Reading.  The Download set was excellent but Reading saw the boys on a totally different level.  Being on a bigger stage allowed the boys to build towards an ear-splitting, head-banging, mind-blowing crescendo. 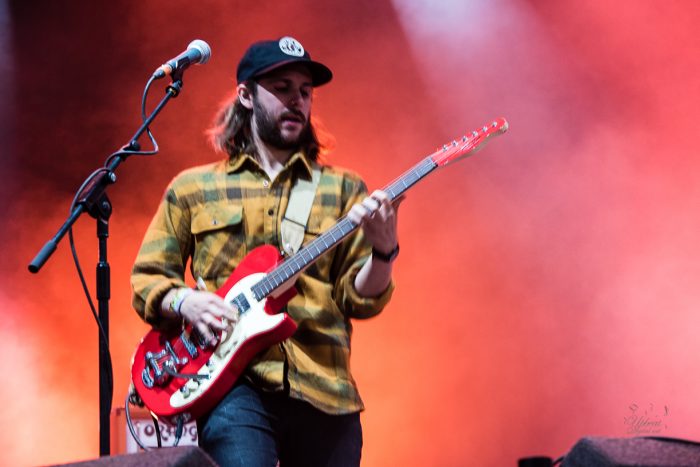 Black Foxxes bio tells you that the band like to play “what comes naturally as loudly as possible” and it is certainly true that the band sound best played loud.  The epic sound system and large crowd at reading allowed Black Foxes to really stretch themselves.  You could see from the outset that their blood was up and the band were inspired to really rock out, to the delight of the assembled masses.

As you would expect the set-list at Reading featured primarily tunes from their debut album “I’m Not Well.”  Have a listen to the album, it is full of “big” songs, delivered with passion and in many ways it has the feel of a band at the peak of their powers rather than at the embryonic stage of their career.  Check out “Bronte,” now there is a track that would not have been out of place on Led Zeppelin’s Houses Of The Holy.  The album has a quality that really speaks to the listener, it is powerful, the lyrics absorbing and you are left wondering how a three-piece can make such a huge sound.  Importantly the songs come over even better live. 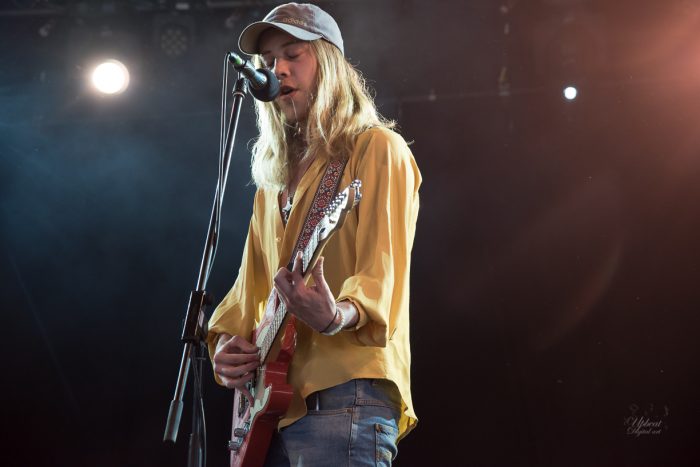 It may sound an odd thing to say but Black Foxxes have the ability to fill a stage in the way that few three pieces ever manage. Of contemporary artists perhaps only Biffy Clyro manage the feat in the same way.  Indeed there are echoes of Biffy Clyro in Black Foxxes music.  It sounds like a bizarre thing to say but “I’m Not Well” could be career defining for Black Foxxes, it is that good.  It may be dark in places but that darkness is never gratuitous rather it is an explosion of the sort of heart-on-sleeve honesty that fans can really buy into.

I managed to snatch a few words with Black Foxxes after their Reading set and that sense of honesty comes across.  You know that these boys are the real deal.  Front man Mark Holley told me that:

“You dream of things like this when you are in a band but walking out onto that huge stage is a surreal experience.”

“We were just determined to enjoy the moment and hoping that the crowd enjoyed it too.  They certainly seemed to.”

You can’t help but feel that Black Foxxes have everything it takes to become a major force in British rock for years to come.  If the fates are kind then these guys have the full package.  We can only guess where Black Foxxes will be a couple of years from now, if there is any justice in the world they will be headed for the very top.  You would do well to to catch them while you still can.

A final word must go to SpineFarm records.  A label on the Universal imprint, they are snapping up quality rock bands across the UK and giving bands like Black Foxxes the opportunity to break the stranglehold that the sort of vacuous pop, promoted by Simon Cowell and the like, have had on the industry for far too long.  If you like your rock music loud and genuine then look no further than the bands that SpineFarm are signing up.

Black Foxxes are out on tour in the UK starting tonight in Birmingham.  Further details are on the bands website.