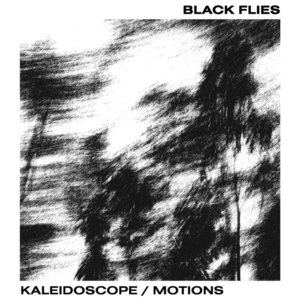 Bristol trio Black Flies have announced a brand new EP ‘The Break’ and have shared the first single which is the double A-side ‘Kaleidoscope / Motions’.

Black Flies, (Joshua, Jack and Tom) have taken almost a year out to write, record, rename (they were originally called YOUTH) and rebrand their project, with the intention of showcasing their post-rock melodies across the live circuit. The band have focused their attention not just on their music, but also on the design and presentation of their live shows and how this will impact on their audiences, setting them aside from other bands on the circuit.

‘The Break’ EP is set to be one of the most talked about of the year (we’ve had a sneak peek here at LTW Towers and can attest to its quality) as it taps into the emotional soundscape-rock world that bands like The Twilight Sad and Mogwai also exist in. To get a better idea about the singles, LTW caught up with Joshua from the band who described the songs as such:

“Kaleidoscope’ centres around the lust for perception-altering eudaimonia amidst the ruinous collapse of a long-term relationship. It’s touches upon the eventuality of things coming to end, and perpetuates the temporary necessity to consume as a method of escapism, in order to overcome emotional adversity.

‘Motions’ is written about and driven from the most turbulent emotions that were evoked in the making of ‘The Break’ EP. The EP, as a whole, focuses on the subject of grief and loss, and the consequential emotional by-product it leaves in its’ wake. ‘Motions’ pays its’ attention to the emergence of anger, denial, and guilt, assembling as the aggressor on the 6-track EP. ”

‘The Break’ is the first installment of three, conceptualised, 6-track EP’s and will be available from the 17th May.