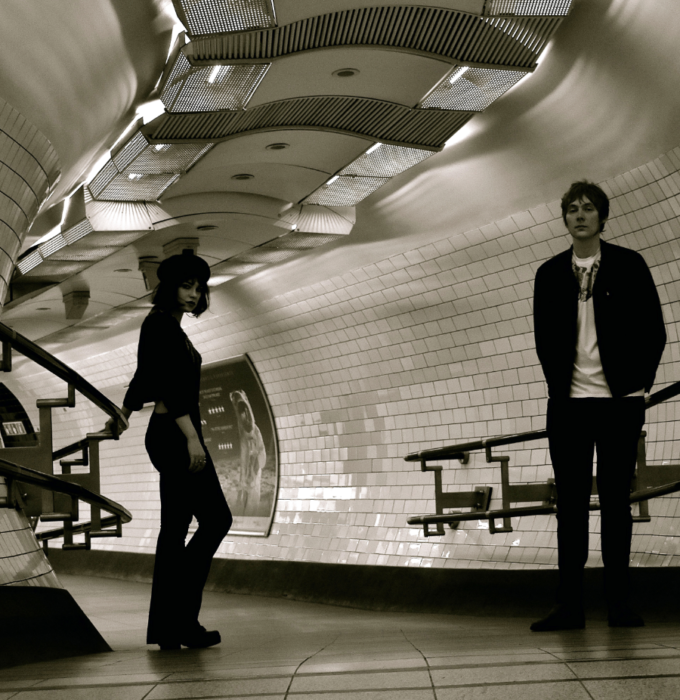 Louder Than War are pleased to premiere exclusively the new single from the capitals awe-inspiring shoegaze duo Black Doldrums.

‘Mae’s Desire’ is inspired by the tragic story of Betty May Golding (aka Tiger Woman), a 1920’s singer, dancer and model who was a member of the London Bohemian set, and this informed their artwork. Golding was a member of a Parisian criminal gang and was associated with occultist Aleister Crowley, eventually attempting to murder him. She also later overcame a serious cocaine addiction and finally returned to Britain to write a fascinating and compelling autobiography, of which the band found endless inspiration.

The track’s an epic masterclass in psychedelic songmanship, with soaring guitars and vocals dipping in and out, building a huge sound that’s pinned down by a driving, focused rhythm.

Their expansive new EP ‘She Divine’ is out Sept 6th on premiere shoegaze indie Club AC30, and they launch it at a London show on the 5th at The Victoria.