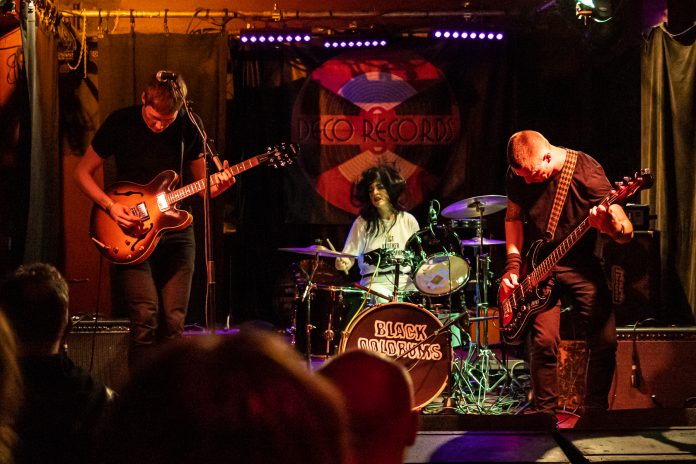 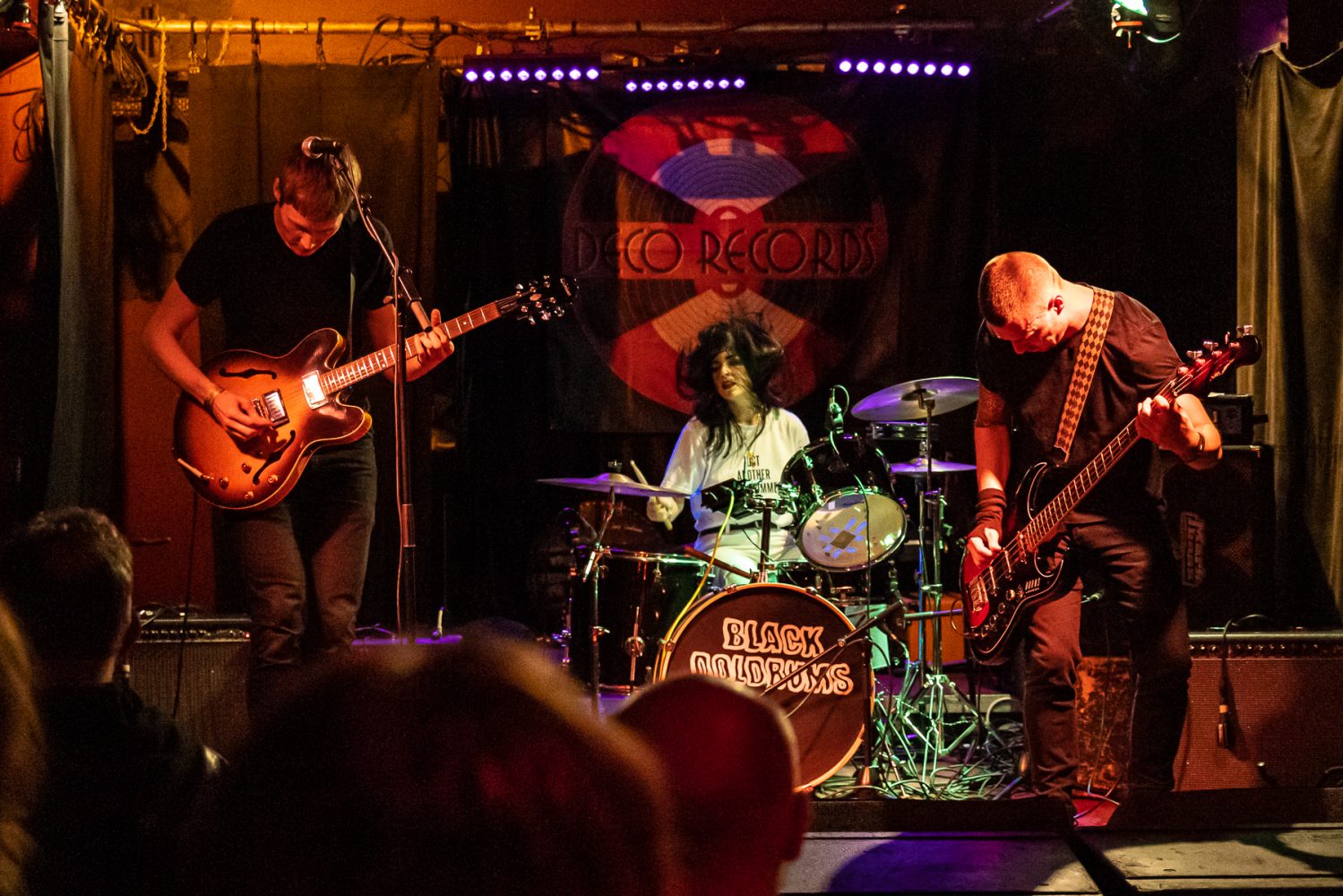 A night of dark psych and post-punk is met at Night and Day, as Breaking Colts, Dead Sea Apes, and headliners Black Doldrums give a very special performance.

Two-piece group Breaking Colts are setting the tone for the night, with dark riffs and heavy drums. Both members show immense passion while up on the stage. It is a short and sweet 30-minute set, met with applause and high spirits. It provides the audience with a sense of what is about to follow sonically. 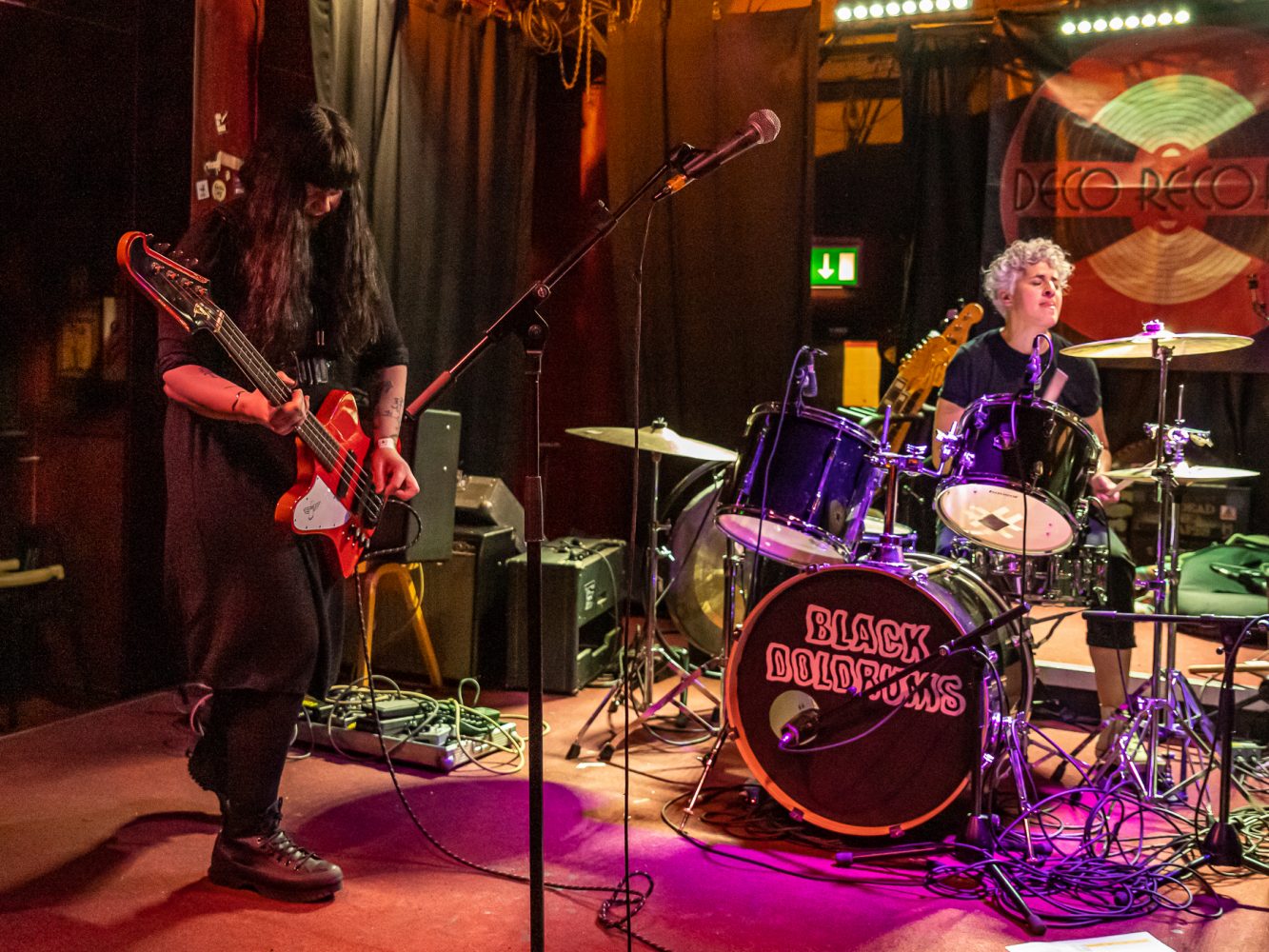 Three-piece band Dead Sea Apes raise the bar to an even higher level, with hints of noise rock and grunge elements. Each song captivates the audience in a dark psych trance, keeping an element of surprise throughout. Because of this, it is difficult to predict what sort of riff and drumming pattern will follow. Each member provides a psych-rock masterclass to the audience. It is a set that fits alongside the dimly lit, yet atmospheric stage. 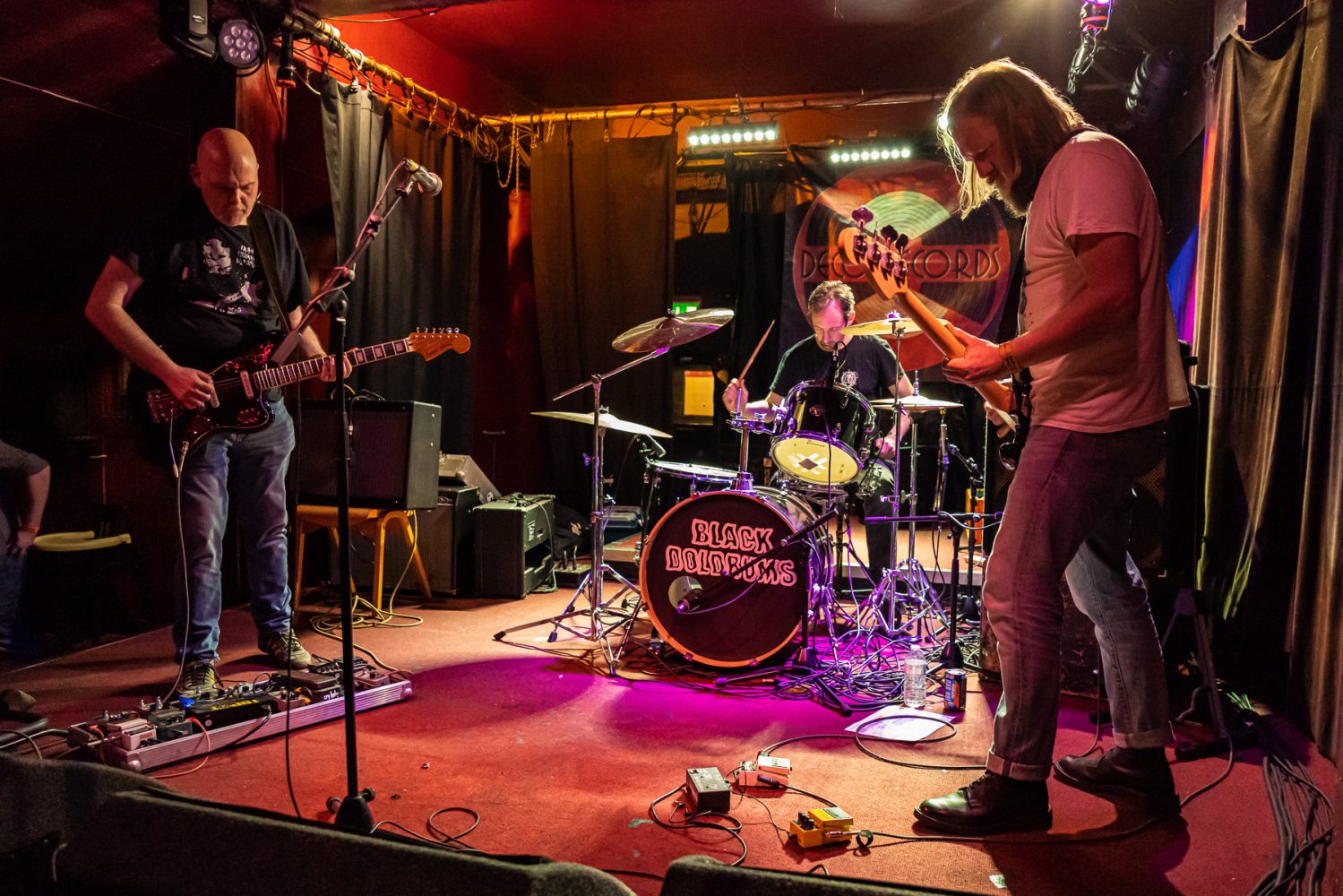 Night and Day slowly fills up for the main act. It is clear that the anticipation leading up to Black Doldrums predicts an electrifying set. To no surprise, Black Doldrums appear on stage as comfortable as ever, with sombre yet upbeat riffs, filled with gothic undertones and psych-rock elements.

Featuring old and new songs from their latest album Dead Awake, there isn’t a moment in the crowd in which someone isn’t moving their head. The heavy spoken lyrics and vocals in typical post-punk fashion add to the already intense and gothic atmosphere. This atmosphere stays intact for the whole set they perform. As a result, it never once shows signs of losing the pace it has set.

It is the perfect setting for a legendary venue in Manchester, known to have hosted a plethora of established musicians. They have earned a very exceptional spot alongside all the names that have been in this venue.