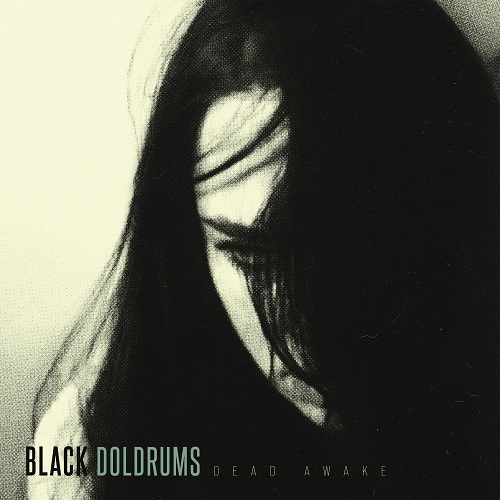 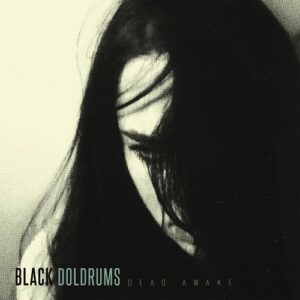 With the label Fuzz Club recently announcing that they have signed The Jesus and Mary Chain, it comes as little surprise to hear of the release on the label of the debut album from Black Doldrums, a band undoubtedly indebted to the sounds of the Reid brothers. What is surprising, however, is just how well they employ and push the same sonics into both recognisable and new spheres across the eight tracks on their debut album, Dead Awake.

There are clear broad brushstrokes of the density that enveloped some of Joy Division’s work from the outset on Sad Paradise. The drums crack, compressed and pushed to the fore in that classic post-punk meets shoegaze indie world, sitting neatly alongside JAMC’s Head On. The vocals, buried and yet enchanting, call out from the haze as the band mine their influences to great effect. It immediately sounds more assured, confident, the picture of a band able to reveal themselves and step out from behind the wall of reverb.

When they allow themselves to drift, such as on Into Blue and All Of You, they are capable of capturing beauty in melancholy, especially on the latter song. The lyrics that creep out seem to sing of deserted streets, a character wandering alone, observing, detached and yet realising that they are one with the desolation. “It’s all for you” they sing as the song fades.

It’s no surprise to see that the album was originally intended to be produced by The Vacant Lots‘ Jared Artaud, who is now involved in the continued curation of Alan Vega‘s work. The pandemic resulted in a collaboration between Artaud and the band and his fingerprints, along with the spirit of Vega are clear, as is the line through their work to Black Rebel Motorcycle Club. BRMC’s Robert Levon Been has also recently worked with The Vacant Lots and that pulsating drive that defines their best work is also present in the menace of Black Dolrums as they close out the album with the wonderful Sidewinder.

On Dead Awake, Black Doldrums have made their mark as a band to pick up the mantle and continue to produce the kind of songs that glint from within the leather-clad darkness. They are definitely ones to watch.

Dead Awake by Black Doldrums is available on pre-order from Sister Ray.